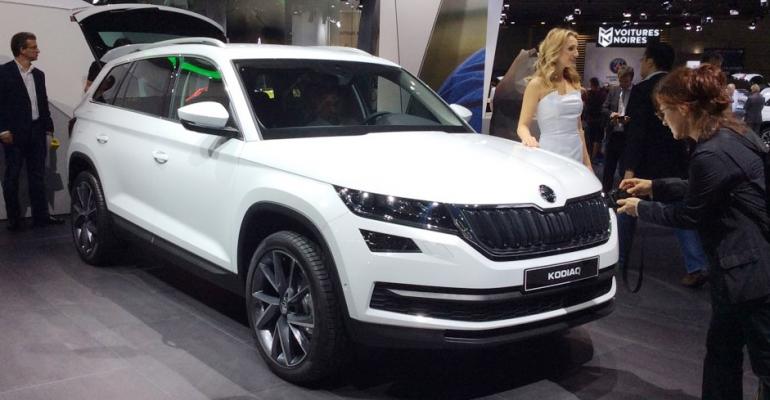 Four models of the Volkswagen budget brand will be assembled, including the upgraded Rapid and Octavia small liftbacks.

Asia Avto, the Kazakh producer of Chevrolet, Kia, Lada and Skoda models, resumes production of Skoda cars at its plant in Ust-Kamenogorsk of the Central Asian country.

Four models of the Volkswagen budget brand will be assembled, including the upgraded Rapid and Octavia small liftbacks, as well as the third generation of the more premium Superb large sedan. Output of the 5-passenger Kodiaq CUV will begin between the third and fourth quarter of this year.

Planned production capacities are not disclosed.

Last year, Asia Avto built 15,000 cars, which was equivalent to 25% of the designed capacity of the plant. About 70% of the cars produced at the plant are Russia-bound Ladas. Asia Avto-built products primarily are for markets in Russia, China and the CIS region, but they soon could be bound for other Asia Pacific countries.

Asia Avto is not the sole automobile producer in the former Soviet republic. The current-model Chevrolet Niva CUV began output in April at SaryarkaAvtoProm in Kazakhstan, which is a joint venture between General Motors and AvtoVAZ.

Foreign automakers receive a preferential customs regime from the government in return for contract-assembly investments in Kazakhstan.

Terms of the assembly agreements, such as the level of use of locally made parts and components, are less strict than in Russia and foreign builders in Kazakhstan enjoy easy access to the Russian market, bypass Russian duties and pay a utilization fee only.

The Kazakh automotive market has declined by three times over the past two years. Kazakhs bought 46,715 new cars last year. Local production levels fell by four times, while the assembly of some models stopped entirely. For example, Asia Auto halted output of Skoda and Chevrolet cars in 2015, while the production of Kia models shrunk to 129 units in 2016.