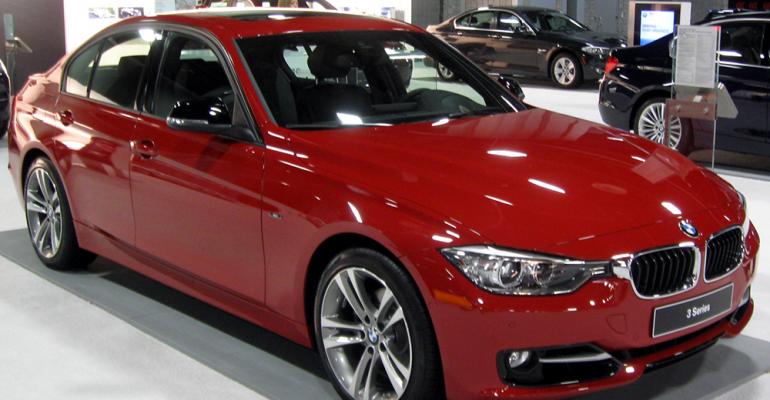 The head of an industry trade group says not a single BMW, Mercedes, Porsche or Mitsubishi has been sold in Argentina since the tax hike took effect Jan. 1.

BUENOS AIRES – A new tax in Argentina is wreaking havoc on dealerships and consumers, and adding to the woes of manufacturers already grappling with onerous trade restrictions, including a new proposal to limit auto-parts imports.

After Argentines bought nearly 1 million new cars in 2013 – a record – sales have plummeted since the 2-tier tax was levied Jan. 1. With the government hemorrhaging hard-currency reserves, the protectionist move largely was designed to cull demand at the top end of the market and discourage imports.

In another move to shore up dwindling reserves, the government devalued the peso 19% in late January. That forced prices of imported products to soar (imports comprise 70% of Argentina’s auto market, according to industry experts) and effectively stymied the sales of top-end cars, prices of which have doubled.

“The tax has (almost) completely stopped sales,” says Rolando Domizi, one of two salesmen at a Hyundai dealership in Buenos Aires. “There’s nobody coming into the showroom.”

Domizi says he and his colleague had sold six cars from December through February. Last year, they made about 60 sales in the month of January alone.

That plummet in demand is reflected across the board. The number of new vehicles registered in February was nearly 58,000, a year-on-year drop of 8.5%, according to ACARA, Argentina’s dealers association. Sales in January and February slipped 3.9% to 166,000, compared with 173,000 compared with year-ago.

The government is refusing, at least for now, to lift the tax floor from AP170,000 to ARS212,000 despite the pleas of ACARA, importers and ADEFA, the local automakers group.

“In the (preliminary) figures for March, we’re already seeing a fall,” ACARA Secretary-General Ruben Beato tells WardsAuto, adding the association expects new-car sales to plunge 30%, to about 600,000 units, in 2014. “I totally criticize the measure; it thoughtlessly distorts the market.”

Luxury-Vehicle Prices Up, Sales Down

Luxury-car prices have spiked an average of 104% from December to March, according to a report by abeceb.com, an economic and industrial consultancy based in Buenos Aires.

The price of a BMW 328i, which is set in dollars, rose 64% to $117,000 after the tax was implemented, according to local newspapers. A Honda Accord V-6 was listed at more than AP700,000 ($105,000) in early January, nearly double what it cost in December. Devaluation of the peso has raised prices even further.

Sales have plummeted: WardsAuto shows no deliveries of BMW, Porsche, Mitsubishi, Hyundai or Jaguar Land Rover models, and only 21 Audis, in January in Argentina. Beato contends no Mercedes, BMW, Porsche or Mitsubishi models were sold through February, although WardsAuto data lists 927 sales by Mercedes parent Daimler in January.

The rest of the market also has fallen victim to price spikes, due to inflationary factors such as the devaluation and a new pre-emptive profits tax. Consumer buying power also is retreating amid decreasing real wages and more expensive credit stemming from government-boosted interest rates.

The prices of compact and midsize cars increased an average of 25% and 20%, respectively, from December to March, according to abeceb.com. Sales of Fords, Renaults and Volkswagens registered in January and February all saw substantial year-on-year declined.

“The whole market is affected,” says Carlos Cristofalo, who authors the autoblog.com website.

Economy Minister Axel Kicillof, who regularly accuses unnamed economic interests of trying to destabilize the government, told reporters March 17 the new tax only affects 9% of the market in Argentina, and he blamed the soaring prices of cheaper models on businessmen seeking “disproportionate profits.”

Other effects of the tax include a steady rise in the sales of pickup trucks, such as the Toyota Hilux, which are exempt. The used-car market is also booming. More than 136,000 transactions were made in February, a year-on-year rise of 10.4%, according to the CCA, Argentina’s trade group. There were a total of 302,000 used-car deals in January and February, a 10-year record and an 8.8% improvement over prior-year.

“People who were saving to buy a new car, or wanted to part-exchange their car for a new one, facing the impossible barrier of new (higher) prices…instead chose to buy a used car,” CCA President Alberto Principe says.

As the new-car market spirals downward, Beato predicts some dealerships will be forced to downsize and fire staff. “It’s a complex situation,” he says. “We’re looking at a reduction in administrative and sales employees, and closing down showrooms.”

“We’ve a lot of time on our hands,” Ezequiel Santos, a salesman at a BMW dealership in Pilar, a town just outside Buenos Aires, tells WardsAuto. “The change in price is so brusque that it’s like a blockade. It’s the worst crisis we’ve ever seen.”