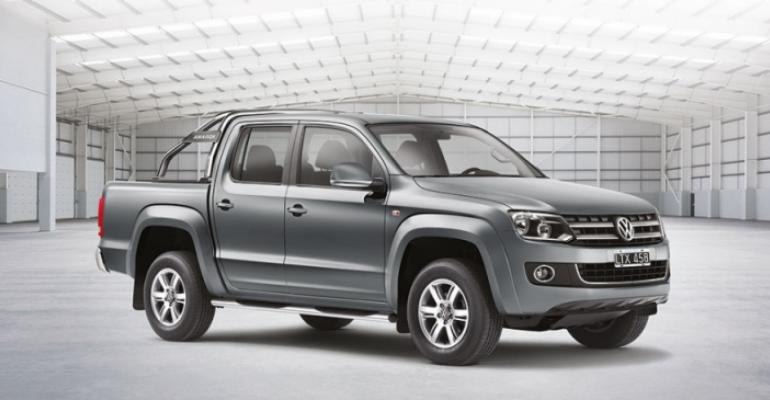 A cut in luxury-car taxes has boosted the recent sales turnaround, prompting industry analyst Neil King to predict a 7% rise in car sales in 2016. But political and economic turmoil in neighboring Brazil will continue to curtail exports. &nbsp;

BUENOS AIRES – Argentina’s automotive industry is poised for a rebound in 2017 after production slumped 38% over the past four years, experts encouraged by the performance of the country’s new government say.

His optimism, like that of others, stems from the reforms of right-of-center President Mauricio Macri, who took office in December. His government has returned the country to global capital markets by wrapping up a 15-year sovereign-debt default, as well as lifted capital controls, scrapped trade restrictions and allowed the overvalued currency to float freely and depreciate more than 40%.

Foreign investment is starting to flow back, and this is reviving growth potential. The International Monetary Fund expects the economy to expand 2.8% in 2017 after a 1% contraction this year.

Light-vehicle sales recently have picked up. Combined car and light-truck deliveries declined 6.5% from prior-year to 613,606 in 2015, according to WardsAuto data. Light trucks alone, which plummeted 49.4% in 2014, slipped just 0.8% last year.

“With the new government’s reforms and especially the lower luxury-car tax, we currently forecast a 7% rise in car sales in 2016, and there is undoubtedly more upside potential than downside to this projection,” King says.

The sales recovery has been led by the Toyota Hilux, Volkswagen Amarok, Ford Ranger and other pickups, according to ACARA.

Alejandro Ovando, a director of Buenos Aires business consultancy IES, expects demand for pickups to continue gaining, as lower taxes on agriculture exports have improved profits for the farmers who are big buyers of the trucks.

“When the agriculture sector does well, the automotive sector moves,” Ovando says.

SUVs could be another winner. After years of only being able to afford mini, small and lower-medium cars priced below the luxury-car tax threshold, consumers are finding they can scale up, King says.

The demand for larger cars likely will hold steady as the number of families with disposable annual incomes over $55,000 is expected to grow faster year after year between 2015 and 2030 than all the potential car-buying households, according to a Euromonitor forecast.

Automakers are starting to dust off expansion plans. In April, Fiat Chrysler Automobiles announced a $500 million project to equip its Cordoba factory with capacity to make more than 100,000 units per year of a new midsized model from 2017.

Francisco Cabrera, the national minister of production, expects car companies to plow $3.8 billion into expansion through 2017.

But that may not help this year’s production. Gonzalo Dalmasso, an auto analyst at Buenos Aires consultancy Abeceb, expects 500,000 to 515,000 units to be manufactured in Argentina this year.

While other industry-watchers are more optimistic – some forecast 600,000 builds – this could prove out of reach for one reason: Brazil.

The ongoing Lava Jato corruption scandal, political crisis and recession have slashed car sales in Brazil, the biggest export market for Argentine vehicles. Argentina’s auto exports plunged 40% year-on-year to 23,705 vehicles in the first quarter, led by fewer shipments to Brazil, the destination of 82% of the country’s exports in that period, according to ADEFA, the association of Argentine automakers.

With Brazil’s slump, the share of Argentina’s auto production for export fell to 36% in first-quarter 2016 from the traditional average of 50%, according to ADEFA. Also, Argentina’s automakers built 98,168 units in the first quarter, down from 119,815 in like-2015.

This is serving up a double blow for Argentina. First, its exports will remain stifled until Brazil recovers. Second, imports will rise from Brazil, where automakers are operating at 60% overcapacity and looking to offload vehicles in Argentina, Dalmasso says.

This situation is poised to cut the market share of locally made cars in Argentina to the usual proportion of 35%-38%, down from 45% in 2015, when a scarcity of dollars and capital controls curbed imports, he notes.

For consumers, the removal of import restrictions means there will be many new vehicles to choose from, led by models launched over the past year in Brazil, he says. Chinese automaker Lifan was an early entrant in this expected flurry of launches, with its imported Lifan X60 compact CUV hitting Argentine showrooms in April. Lifan says it will launch another four models in Argentina by year-end.

To contend with the renewed competition from imports, Argentina’s automakers are pursuing three strategies. The first is to boost domestic sales with generous discounts. In March, General Motors marked down its Chevrolet Classic, Prisma, Onix and S-10 models by AP40,000 ($2,815) with 18 months of interest-free financing. Volkswagen followed suit by knocking AP32,000 ($2,252) off its Gol Trend Trendline.

The second strategy is to improve factory productivity to better compete with less-costly Brazilian imports. FCA, for example, plans to install more than 150 robots in its factory for improved efficiency.

The third strategy is to penetrate new export markets. Toyota is expanding its Buenos Aires plant to 140,000 units per year to increase exports of its Hilux pickup and SW4 midsize SUV throughout Latin America. Daimler’s Mercedes-Benz has started shipping its first Sprinter vans to Canada and the U.S., the first local manufacturer to reach those markets. General Motors is marketing its Chevrolet Cruze II sedan for export sales beyond Brazil.

At the same time, the Macri government is seeking a trade agreement with Colombia to increase shipments to that market, particularly pickups not produced there.

While this helps, it won’t be enough, Dalmasso says: “Exports are going to increase to the rest of the world, but this won’t be enough to compensate for the decline in exports to Brazil. Argentine automakers are not going to see substantial growth until Brazil recovers.”