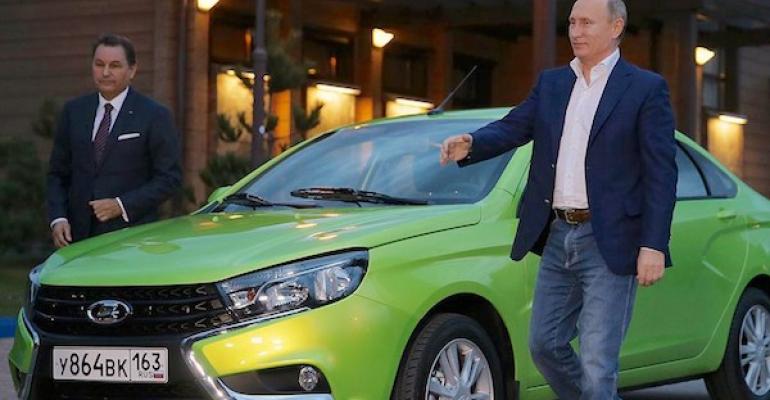 Analysts forecast no more than 1.2 million new-car sales this year, down 25% from 2015, the third straight year the market declined. Some predict the market will not fully recover before 2019 or 2020.

ST. PETERSBURG – Russia’s car market shrank by about one-third in 2015 and deliveries this year could reach a 10-year low as consumer purchasing power continues eroding, government and independent analysts predict.

Light-vehicle sales through the first 11 months of 2015 totaled 1,454,253, a drop of 34.5% from the prior year, according to WardsAuto data. The market was on track to finish the year with approximately 1.6 million deliveries.

That is significantly higher than during the global recession of the last decade. But analysts forecast no more than 1.2 million deliveries this year, a 25% decline from 2015, the third straight year the market performed below prior-year.

Some predict the Russian market will not fully recover before 2019 or 2020.

Analysts with the Russian Ministry of Industry and Trade and private agencies expect consumer preferences to shift in 2016 toward used cars, predicting sales of 4.8 million-5.5 million units.

Stanislav Skatkin, a senior market analyst with Roseksim Leasing, says none of the several programs launched by the Russian government to stimulate car sales have had a noticeable positive effect.

According to Arkady Dvorkovich, Russia’s first deputy prime minister, the government spent RR43 billion ($575 million) to support the country’s auto industry in 2015, and plans to spend up to RR50 billion ($668 million) this year.  The subsidies provided last year headed off an even worse collapse of sales to 50% of the prior year, he says.

As new-car sales slump, consumer spending on the costs of operating their existing cars has fallen as well.

A recent survey conducted by industry analytical firm Autostat shows Russians in recent months have cut back spending on fuel, insurance and even car washes and parking lots and garages.