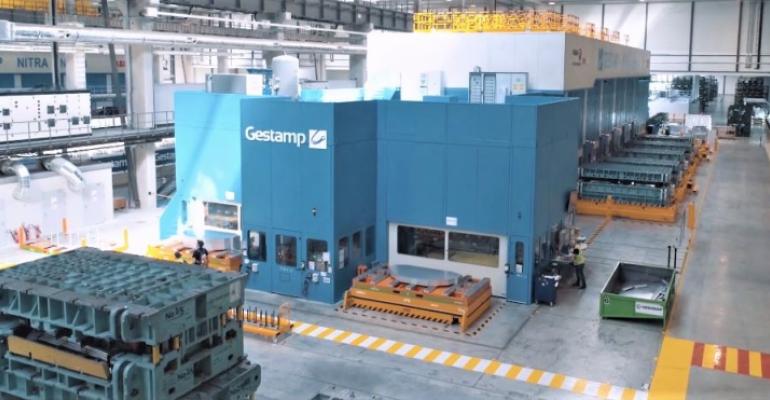 Gestamp invested nearly €130 million into the new facility that will supply Jaguar Land Rover, which recently started operations in Slovakia.

Gestamp, a designer, developer and manufacturer of highly engineered metal components for the automotive industry, inaugurates a new plant specializing in aluminum in Nitra, Slovakia.

Gestamp invested nearly €130 million ($148 million) into the new facility that will supply Jaguar Land Rover, which recently started operations in Slovakia. Specifically Gestamp Nitra production is focused on the Discovery model currently being produced onsite. It also will manufacture parts for the New Defender model planned to start production this year.

The plant, with a workforce of nearly 200 employees, manufactures several skin panels and structural parts for the body mainly out of aluminum. Plant equipment includes two servo press tandem lines that will produce 70% of its components using aluminum. Components made in Nitra are intended to reduce weight and enhance vehicle safety, consistent with Gestamp’s global objectives, the company says in a news release.

The new Gestamp facility in Slovakia joins the company’s other plant in Velky Meder, 33 miles (50 km) southwest of Nitra, where the company manufactures products through its mechanisms subsidiary Edscha.

“We always accompany our clients where they require us, which is exactly what we have done in this case,” Francisco J. Riberas, Gestamp’s executive chairman, says. “We have moved to Slovakia to proficiently serve Jaguar Land Rover with the highest standards in a plant that intends to be the Slovakian press shop of our client.”

Gestamp is present in 22 countries with 110 manufacturing plants and two under construction, 13 R&D centers and more than 43,000 employees worldwide.