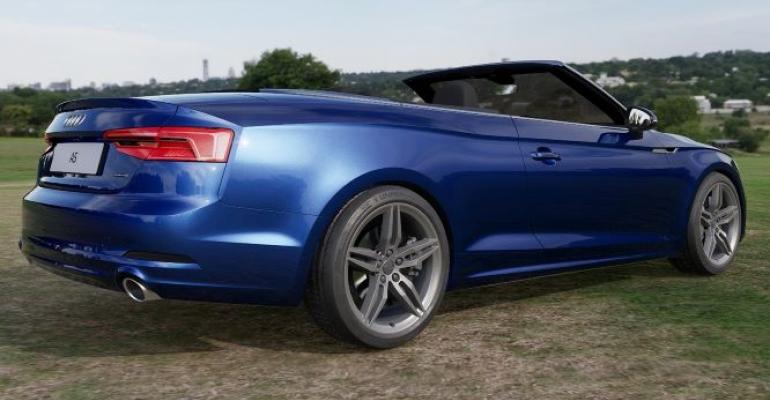 Why Epic Games is Doubling Down on Detroit

Automotive designers are integrating solutions such as Epic Games’ Unreal Engine into production workflows. Unreal Engine is free to use and can run real-time interactive simulations on consumer-grade gaming hardware.

The automotive industry is transforming at a fast pace. After enjoying a decade of relative stability, factors such as evolving consumer tastes, changing regulations, global politics and a shift away from vehicle ownership are anticipated to impact sales.

To stay competitive, automakers are exploring unexpected methods to drive innovation, including the use of interactive technologies, to save costs and time in bringing new concepts to market.

Game engines provide a collaborative workspace and a unified data model that can be delivered on many platforms including augmented reality and virtual reality.  Multiple team members can edit designs simultaneously via a collaborative viewer template for analyzing data and validating design choices.

Conventional design and rendering tools can be expensive and inflexible, requiring users to purchase or rent powerful CPU or GPU instances and costly per-seat licenses and follow a linear workflow that silos creative and product assets across different programs.

Breaking free from convention, automotive designers are integrating solutions such as Epic Games’ Unreal Engine into production workflows, benefiting both the creative process and the bottom line. Unreal Engine is free to use and can run real-time interactive simulations on consumer-grade gaming hardware.

Designers can iterate in a multi-user setup in real time, providing immediate feedback to reach creative consensus much faster. Designers can streamline their workflows into a unified software package, with all assets running through the real-time engine. Tapping the pixel-streaming feature, users also can access high-quality graphics via mobile devices or a standard web browser.

Game engines also are gaining traction in offline production for automotive marketing. Features such as real-time ray tracing create lifelike visuals to deliver marketing content at a faster and more affordable rate, leading some automakers such as Audi to transition its production workflows for marketing assets over to Unreal Engine.

With game engines, Audi and others are creating a new digital showroom model that could massively disrupt traditional automotive marketing. In Unreal, a single asset can be used to easily create multiple marketing deliverables, ensuring branding remains in line across visual executions because they’re generated from one point of origin.

Beyond product development and marketing, game engines are being integrated in simulation workflows to train autonomous vehicles. New safety features are constantly being introduced and refined in traditional vehicles. But the fact remains that 1.35 million people are killed in road crashes each year, according to the World Health Organization, with 94% of accidents caused by human error, according to a 2015 NHTSA study.

Artificial intelligence and machine learning are required to teach an autonomous vehicle how to drive, and game engines offer an environment in which simulations can be tailored and programmed into the platform instantly.

Unreal Engine has been used to power the free, open-source autonomous driving simulator CARLA since its inception. CARLA is used for the development, training and validation of autonomous driving systems, and is a key resource for advancing autonomous-driving technology toward wider adoption.

In a similar vein, Michigan-based software company Mechanical Simulation uses a proprietary solver to aggregate information, including vehicle behavior, driver characteristics, tire properties and road and weather conditions to predict how a vehicle will react, or reconstruct accident scenarios, among other applications.

Research firm ABI estimates 8 million autonomous vehicles will populate the roads by 2025, while The Rand Corp. has predicted 11 billion test miles will need to be driven before autonomous vehicles are ready for primetime. Considering the collective estimated mileage logged on public roads by self-driving cars in California was just over two million (3.2 million km) last year, that’s a very long way to go.

Effective use of game-engine simulations could help accelerate the process by allowing engineers to refine, update and test the autonomous-vehicle software, getting it to a more advanced state before implementing for real-world evaluation.

With increased adoption of game-engine technology across the automotive industry, including by major industry players, Epic Games recently expanded into the Motor City to support a growing number of automotive manufacturers, as well as their suppliers and ad agencies, who all are leveraging Unreal Engine. We use their feedback to optimize select features for automotive designers, providing an efficient and all-in-one platform to power production workflows.

Detroit also offers a strong pool of talent, and we’re excited to bring Unreal Engine educational programs to local universities. As the automotive industry progresses, Epic will continue to be at the forefront of technology, leading advancements in Unreal Engine to deliver holistic platform solutions.