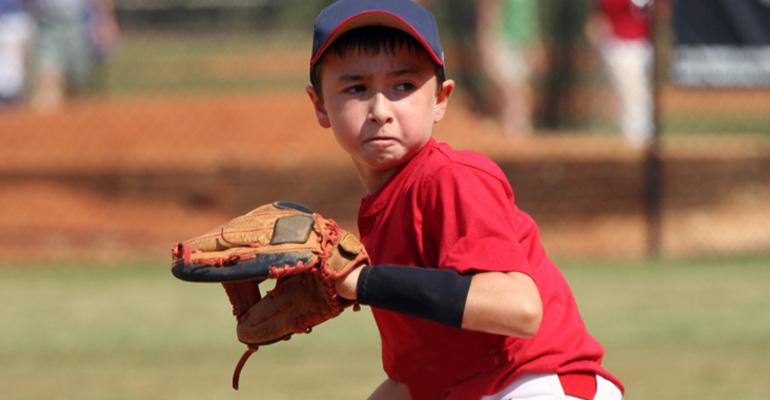 Steve Tengler will be presenting at the WardsAuto User Experience Conference Oct. 2, at the Suburban Collection Showplace in Novi, MI. Learn more at the event website.

I have coached baseball for nearly a decade and I have won more than I have lost. I have won great times with my boys, I have won fresh air and joy, and I have won a whole bunch of lessons.Ironically, I have applied many of those lessons away from the baseball field and learned that automotive management is very close to coaching. You can either succeed or fail based upon some underlying principles.

So, stick with me, and I’ll coach you up with the help of some of my talented automotive tech teammates.

Nothing confuses the team more than a wishy-washy leader. You must give clear and decisive direction: “Round second base! Round second base!” If you are wrong, you can flip from 1 to 0: “Go Back! Go Back!” But not providing clear and decisive direction is befuddling. Chet Huber, former president of OnStar and a senior lecturer at Harvard, says: “Clarity of direction is actually most valuable when it’s the hardest to give. Addressing today’s dynamic, uncertain and highly ambiguous business challenges by simply empowering an organization to find its own way is unfair and unproductive. Leadership’s accountability is to chart a course that’s clear enough to build momentum and realistic enough to recognize it’s likely flawed and will require revisions.“It’s a strange balance of confidence and humility that’s hard to precisely articulate but massively valuable to achieve,” Huber says. Be the leader. Be decisive.

2. Velocity Cannot Be Taught, But Speed Can

For those of you who aren’t engineers, velocity is speed in a single direction. If you choose that direction perfectly, you get both speed and velocity. But choosing that direction can take forever (“paralysis by analysis”) and can be wrong anyway. Moving away from that is the very basis of establishing an agile mindset and lean user experience: Start quickly with something and then pivot from there. The coach needs to get all nine players moving quickly as soon as the ball is hit. “Overcome inertia,” says Bonifaz Maag, CEO of Kugler Maag. “Once things are moving, directions can change. If a team is at standstill, it obviously does not get anywhere. Therefore, the most important step is to get going, even if the goal is not fully clear or understood.” Standing still is a decision not to move forward.

3. Use Your Baseball Voice

My team seems to only get in trouble when they don’t communicate, repeat the communication and make sure the four corners of the world can hear them. Something as simple as “I got it! I got it!” may not only make the play successful but also can keep people from getting hurt. Yes, I realize I’m dealing with teenage males who are on both a pitch count and a word count, but instilling good communication comes from the top.“The ballfield and the high-tech office have many unintended distractions, so I work on clarity; single-purpose messages with no hidden agendas and require no guessing,” says Andrew Poliak, vice president-Product Planning and Strategy, Panasonic. Emphasizing communication is the manager’s responsibility.

4. Samuel Smiles Was a Genius

When a mistake happens in the field, rather than scream at the player with inane instructions rooted in frustration, I use failure as a pathway to success (e.g. “His first step next time should be back”). Failure doesn’t rain down hate; the players learn from failure on the pathway to success. Similarly, Ushr Senior Vice President Chris Thibodeau tells his team, “Failure to listen or failure to communicate, are problems that are not acceptable. But, failure in product development and testing our products requires us to analyze and determine the root cause,” Thibodeau says.“If this is done properly, then we ‘fail forward,’ meaning we can learn from our mistakes and prevent the failure from happening again, which is not failure, but progress!” That’s true in automotive and true in baseball. Worth noting, Smiles also said, “And probably he who never made a mistake never made a discovery.”

5. What You Put on the Field is Only So Malleable

When you put nine players on the field during a game, you cannot swap out nine players. Not only is the bench typically not that deep, but wholesale changes like that are more disruptive than helpful. A coach should plan on strategic flexibility that may get as high as swapping 1-2 players per inning (such as the relief pitcher, pinch runner), but that’s about the limit or you are losing team chemistry and driving up errors.The same is true with the working team, with suppliers and with code. Getting a new supplier up to speed is costly and risky. Swapping employees out either via firing or inspiring job-hopping is costly and probably will create handoff errors.

And, as best said by Ben Hoffman, president of Movimento (an Aptiv company), “Enabling robust and secure OTA (over-the-air) software updates brings tremendous flexibility to automakers and their supplier partners which we should all plan for, but it should never be considered a substitute or shortcut for robust management and engineering processes.” Perfection is born from perfect practice and teamwork. Expecting that wholesale substitution is the answer for poor practice and oversight is a tragic error.

6. Find and Focus on the Important, Independent Metrics

In every sport, there are 1,001 statistics that can help you improve performance for individuals and/or situations, but in each sport there usually are only a few important, independent metrics and keeping a focus on those will help them improve. For instance, the first-strike percentage for pitchers is one of the most important independent metrics. If the pitcher gets ahead, he may dictate a low-and-away curveball, which likely results in a weak grounder to first base.

If the pitcher gets behind, the batter knows a fastball is coming down the center of the plate and rips one to left field, requiring left fielder heroics to save the day. Managing the important, independent metrics is the coach’s job, which means helping the pitcher understand the value of that first strike, his performance so far, setting a goal for that metric along with strategies to get there … and everything else becomes easier. “A leader’s job is to find the key metrics that tie his team’s performance to the business and manage those in a visible fashion to drive that strategic direction,” says Stephane Datain, vice president-Digital Innovation, Analytics & Strategic Partnerships for Aptiv.

7. A Team is Only as Good as the Team

The team wins as a team and the team loses as a team. It isn’t one player’s fault if we win or lose. When he’s crying in front of the rest of the team, I ask each player to mention a time where he could’ve made a better play earlier in the game that would’ve made that last play less crucial. Jason B. Johnson, director-User Experience Design, Harman, says, “I am more interested in the accomplishments of my team than what they can accomplish individually. Collaboration and shared responsibility are critical to the ethos of the design team.” To achieve that team mentality, the coach must approach all successes and failures as a team.

8. All Players Have Talent; Coaching Is Putting Them Where They Can Succeed

Some players are slow. Some have weak arms. At that point, a coach should see a first baseman and a second baseman since they need not run or throw it far, respectively. That’s the coach’s job: maximize the output by matching people to the jobs. Lots of managers preach matching the job to the people, but that’s typically not possible. There is work that needs to be done and someone must do it. And per Lesson No. 5, you can’t do a wholesale change of your personnel or you’ll have major disruption. So, the manager must look for strengths and weaknesses and put the fast guy with a gun for an arm in right field, and the guy who is awesome at grounders at shortstop.

“The most important item and first thing I consider for any program’s success is the people,” says Paul Pebbles, Chief Technical Officer of Maven. “You need to have the right people in the right position with the right skill sets if you want to achieve a program’s objectives.”

Nearly every year, I win our March Madness pool. Why? I have realized from coaching that sometimes you’ll run into something you cannot control – such as a pitcher with an accurate curveball – but you can ALWAYS control your own defense. Practice defense diligently, and you need not worry as much about offense. What is defense in the product-design world? System redundancies, testing redundancies, security redundancies, safety redundancies. Redundancy. Assume something is going to fail and try to break through, and then defend for it again. If everything goes swimmingly, great, but you win either way.

“We always design for several layers of security walls around our products and around our offboard operations, development process, supplier components and operations. By assuming that every individual layer can be potentially compromised, we strengthen the security of our products significantly,” says André Weimerskirch, Lear Corp. vice president-Cybersecurity and Functional Safety.

10. Confidence Is Built on Praise, the Most Powerful Pavlovian Tool

Any good psychologist will tell you that between positive reinforcement, negative reinforcement and punishment, the most powerful is positive reinforcement. Although that’s widely known, it’s not widely used. And maybe the craziest part: Giving kudos to players in front of other players is free. My older son’s high school coach frequently yells out from his third-base box, “OK, good hitter! There’s no one I’d want in this spot more than you.” He’s building the confidence of his team.

As leaders, we try to ‘fix’ employee weaknesses, and sometimes do that publicly,” says John McBride, vice president-Sales at IHS Automotive. “But what about positioning everyone to maximize their strengths and then praising them publicly? I try to build teams that have a variety of strengths across multiple individuals – the better balanced, the better the team’s overall performance – and then make sure they know their value.” When is the last time you looked at someone on your team at work and said, “Come on, good hitter! There’s no one I’d want in this spot more than you.” Coaches are teachers and managers are teachers. Coaches are strategists; managers are strategists. Coaches are leaders; managers are leaders. You should be a coach, too.

Steve Tengler has worked within the automotive industry on the connected car for over a quarter of a century for some of the top brands in world: Ford, Honeywell, Nissan and OnStar. He now is a Principal at Kugler Maag Inc., a leading global automotive consultancy. He has 30-plus publications to his name and 50-plus patents. [email protected]

Sponsored Content
China Update: Covid Shutdowns and Its Effects on the Global Automotive Industry
May 24, 2022