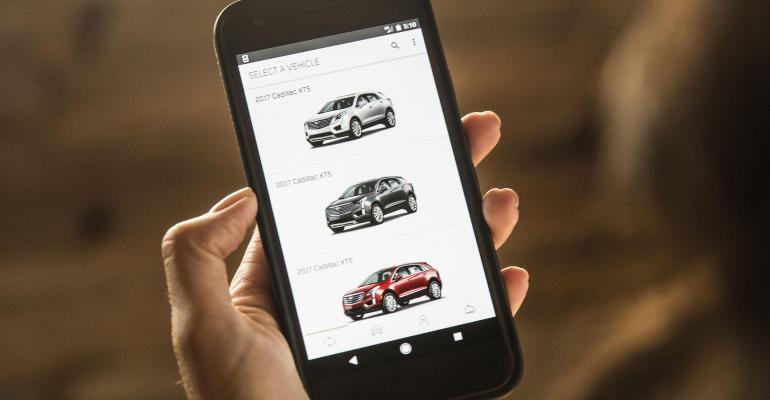 It's no surprise Book by Cadillac's first iteration didn't work out.
Industry Voices

An insider's view of what it takes to change the script and create profitability.

I started Condor Detroit, a car subscription service in the summer of 2017. The idea came to me when I moved to Australia a few years prior for a temporary work assignment. I needed a daily vehicle for my work commute and at the time, there were no affordable options for a month-to-month car.

I ended up purchasing a 1999 Alfa Romeo GTV for $7,000 and sold it 8 months later for $4,500. It was fairly economical at just over $300 per month, but having to buy and sell a car in short order was far too complicated and painstaking in retrospect.

When I launched Condor, our goal was simple – to bring consumers a flexible, simple and transparent alternative to the traditional car ownership model. We faced several challenges out of the gate, the toughest of which were finding an affordable insurance product, sourcing cars for the platform and building an intuitive digital platform to manage the subscription process.

Nevertheless, thanks to a strong and resourceful team, we were one of the early players to bring vehicle subscription to the market. Just under a year later, we had proof of concept in our pilot market (Detroit) and were gearing up for expansion when we were approached by a competitor and ultimately ended up selling our business.

Now a year later, I’m a spectator on the sidelines and I can’t help but think the subscription concept makes too much sense to fail. But as I watch market leaders in vehicle subscription ignore critical profitability drivers such as vehicle depreciation and subscriber qualifications in favor of the “growth at all costs” tech mantra, I worry subscription is being wielded as a short-sighted tool to exploit a gap in the market rather than a practical long-term solution.

Subscription players are aggressively doubling down on the rideshare market.

Vehicle subscription has seen the strongest adoption to date in the rideshare market. There are two key players in this space, Fair and Flexdrive. Fair, the brainchild of Scott Painter, former founder of TrueCar, partnered up with Uber (via acquisition of Uber’s unprofitable xChange Leasing program) to provide rideshare drivers access to vehicles on flexible terms. Flexdrive, backed by Cox Automotive, is working with Lyft in an equivalent capacity.

The rules of the model vary slightly.

In the case of Fair, subscribers make a down payment (or in some cases don’t) and make monthly payments on a used vehicle of their choice, which they can use for rideshare and personal driving as well. Fair buys the vehicle from a partner dealer through a debt facility, then subscribes it to the rideshare driver and allows unlimited mileage, insurance and maintenance.

Flexdrive also partners with dealers to make vehicles available for subscription, but does not take ownership of the vehicle, instead allowing the dealer to operate its own program. Both models have seen strong user adoption to date (Fair for example claims to have 45,000 subscribers), the staying power of rideshare is tremendous (global ridesharing revenues for 2019 are approaching $200bn), so what’s the problem?

The concern lies in the subscription model that’s being employed by the largest players in vehicle subscription space. Accordingly, to AutoGravity, the average driver puts about 14,000 miles on a car in a year.

On the contrary, rideshare drivers frequently log 50,000 miles or more on a car in a year, according to RideGuru. This difference in annual mileage can change the annual depreciation on a vehicle from 10% to as much as 75% as cars get pushed out of warranty and closer to costly powertrain repairs.

Fair’s starting pricing on their website for a rideshare vehicle is $130 a week (which equates to $520 a month). Despite primarily leveraging vehicles with strong residual values, it’s hard to see how the wear and tear on these cars is adequately accounted for in the Fair business model.

Let’s take the example of a 2017 Hyundai Elantra with approximately 40,000 miles on the odometer, a common vehicle on the Fair platform. According to KBB, this vehicle should be worth about $12,300 at retail.

Let’s assume Fair is able to buy the vehicle near auction value of $11,000. A year later with an additional 50k miles on the vehicle, historic KBB data suggests this vehicle is worth about $7,900 at retail. That’s a monthly depreciation of $258 a month over one year. Layer on top the cost of insurance (Everquote estimates the national average at $140 a month for just personal driving insurance), maintenance (AAA estimates the national average at $99/month), reconditioning, remarketing/disposition costs, vehicle registration, and you’ll quickly be in the red before even considering operational overhead.

Relying on rideshare incentives to fuel growth is a dangerous game plan.

On the surface, rideshare companies seem like solid B2B customers. They provide the driver leads and/or subsidies to support the subscription provider’s economics, and they are well funded to operate for years to come.

However, both Uber and Lyft are far from profitable in most markets. If and when Uber and Lyft pull the plug on these incentives to focus on their own profitability (or otherwise shift focus), who’s going to be stuck holding the bag on the vehicle cost?

Subscription companies like Fair are asset lenders more than they are tech companies, as they own their vehicles. Fueling growth of an asset intensive business with poor unit economics and minimal recourse against subscribers simply doesn’t make sense. If Fair has 45,000 subscribers and owns its vehicles, and if depreciation on these assets isn’t accurately accounted for, a lean overhead structure will do little to stop the bleeding.

So, given the challenges subscription has faced to date, is there a viable path forward? Well, it all depends on the business model and the unit economics. Here are four levers which can change the script on the future of car subscriptions:

1. Vehicle depreciation and remarketing has to be accurately accounted for in the cost and pricing model. For starters, this means mileage limits must be in place or pricing has to scale with usage. Offering unlimited mileage is a death sentence, especially if a primary use case is ridesharing. This may result in lower rideshare adoption, but should also make consumer subscriptions more affordable.

2. Risk based pricing or enforcement of subscriber qualifications is a must. The purpose of a subscription is to give drivers a flexible term alternative to a lease or purchase. The purpose of subprime financing is to help get unqualified drivers behind the wheel. Conflating the two is where Fair has gone wrong. Qualifying subscribers (just as lenders do) or adjusting price based on driving history, credit history and other risk factors is a necessary protection.

3. Slightly used vehicles should be the focal point; new cars rarely make sense. We’ve talked about it less, but the majority of OEMs operate subscription services in some capacity today and often leverage new vehicles. This is a challenge, as new cars depreciate 10% off the lot and is not generally a value to a short term customer. Lightly used cars (e.g. 2-3 years old, under 40,000 miles) are most appropriate, as they are at the optimal point in the depreciation curve, often still under manufacturer warranty and present OEMs and their credit partners with an opportunity to manage residual values.

4. Remove the expensive frills and focus on the consumer need. It’s no surprise Book by Cadillac’s first iteration didn’t work out. Asking consumers to pay $3,000 a month to only drive Cadillacs is a tough sell, not to mention the economics still don’t make sense for the OEM. Keeping minimal inventory on hand by eliminating frequent swaps, vehicle delivery services and other high touch luxuries help get subscription to a competitive price point and aligns better with consumers’ needs and wallets. Subscription doesn’t have to be a luxury product.

Subscription will not challenge traditional vehicle ownership in the immediacy, but it can play a meaningful role as a flexible alternative for some and can gain momentum as autonomous vehicles become more prevalent

“Your Next Car Could Be A Flexible Subscription Model” said Forbes in the summer of 2018. Well, despite what some pundits thought, it seems clear at this stage that subscription will not replace traditional vehicle ownership in the near-term.

But with more thoughtful economics and positioning, it can continue to serve as a meaningful support product to provide flexibility and optionality to consumers who need access to a vehicle with any regularity.

For interns, temporary contractors, new residents, college students, etc., subscription is the perfect solution in a space where consumers have few alternatives. Rental cars quickly become prohibitively expensive and hourly solutions like Zipcar and Maven are not feasible for a regular commute. For those who value convenience and flexibility, a 20% to 30% premium over traditional car ownership costs may be an easy pill to swallow.

And this is not an insignificant group of people to address. In a global automotive sales market worth $4 trillion annually according to Ibisworld, driving change for even a small fraction of consumers is big bucks.

For customers who need a car long-term (at least 2 years), leasing or buying will always make more sense. But for the aforementioned set of consumers who require flexibility, subscription can be the most economically viable path forward (in addition to the most convenient).

The value to consumers of owning a car will decline significantly over time. As autonomous technology increases in sophistication and reliability and cities upgrade their infrastructure to support autonomy, it is likely people will primarily be riding in fleet-operated autonomous vehicles, giving subscription players an avenue to play a more meaningful role in offering Transportation-as-a-Service (TaaS). 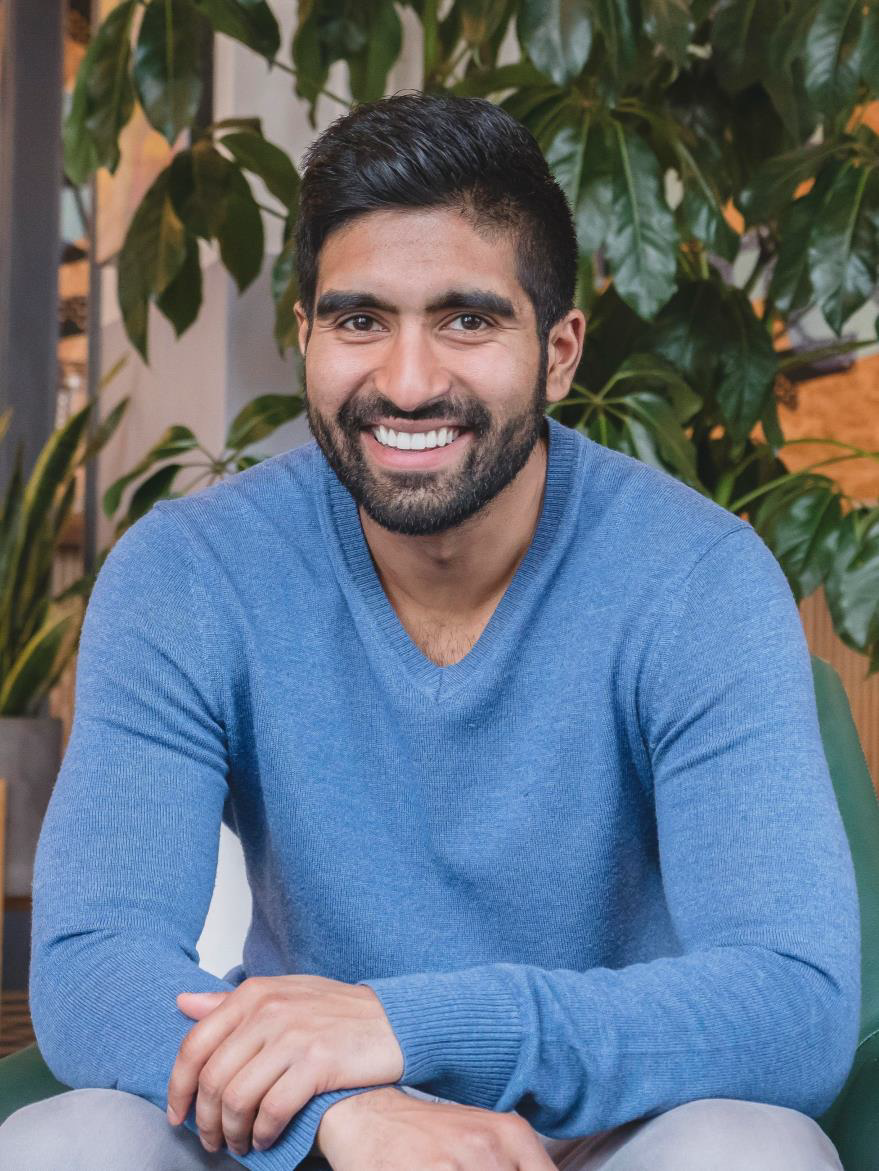 In the present, it’s challenging for me to stand on the sidelines and watch vehicle subscription sputter not because of its lack of business merit, but because vehicle depreciation and sales economics are being largely ignored as companies attempt to grow at all costs or close up shop. If a major subscription player is willing to put profit and sustainability first and think a little more like a family-run dealer than a high-tech CEO, subscription could play a meaningful role in the automotive sales landscape. If not, I’m afraid there will be a gap in the market until self-driving cars become ubiquitous. (Wards Industry Voices contributor Tarun Kajeepeta, left)

Tarun Kajeepeta is formerly founder and CEO of Condor Detroit, a vehicle subscription service. He is currently co-founder and principal of Piquette Partners, an investment firm focused on early stage startups and real estate in Detroit.