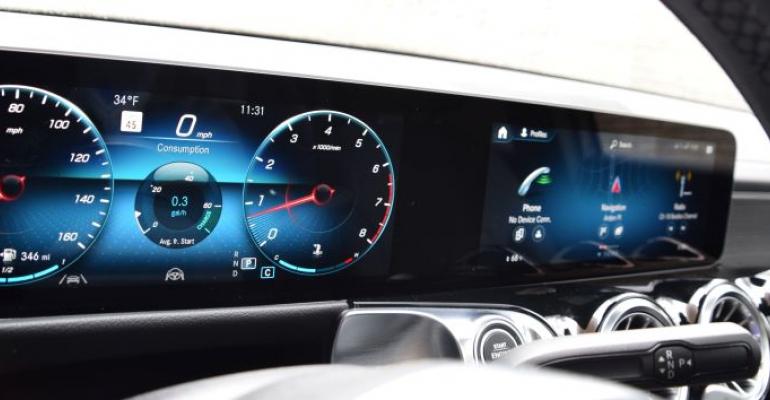 The battle to own the in-vehicle digital experience is heating up.

The combatants are original equipment manufacturers and mobile-device providers, neither of which is soon to declare victory.

But there are increasing indications that consumers are gravitating toward solutions that seamlessly integrate their primary connection to their digital worlds – mobile phones – into their cars and trucks.

The implications of this robust industry discussion are significant. Advanced technologies, including automotive infotainment systems, are emerging as a major selling point for consumers who increasingly see the lines between their digital and physical lives blurring.

OEMs have responded over the past decade by pumping financial and technical resources into flashy center console stacks that provide navigation, entertainment and connected services, as well as insight into vehicle and travel operations.

Until recently, automakers have largely pursued their own digital engagement strategies, creating proprietary operating systems to offer unique experiences across makes and models.

It has been a particular area of focus for luxury-vehicle manufacturers that seek to create distinct and elevated value propositions for their high-end brands. By adding more and more functions (partly inspired by consumer electronics and mobile device experiences) those manufacturers have created powerful and feature-rich infotainment systems.

especially onboard applications – has been mixed.

According to J.D. Power research, approximately a third of consumers do not even bother to explore more advanced built-in applications. Indeed, “ease of using built-in apps” is the lowest-performing attribute in the entertainment and connectivity category in the J.D. Power 2019 Tech Experience Index Study.

Even the performance of traditional functions such as navigation have not convinced drivers to embrace onboard systems. In fact, among all index factors included in the study, vehicle owners are least satisfied with onboard navigation. Despite significant improvement of infotainment systems in recent years, the J.D. Power 2019 Initial Quality Study found that this category remains the most problematic for new-vehicle owners.

Consumers continue to tell us that infotainment systems are difficult to use, especially when compared with the seamless experience they have with their personal mobile digital devices.

If You Can’t Beat Them...Should You Join Them?

One consistent finding in recent years has been a consumer preference for integrating features on their mobile devices into the vehicle’s infotainment system. This has led to the popularity of Apple’s CarPlay and Google’s Android Auto which allow users to operate their phone applications on the vehicle infotainment screen.

It begs the question of whether proprietary infotainment operating systems are really a core competency into which OEMs should continue to invest, or if universally available operating systems represent a valid alternative for the next generation of vehicles. 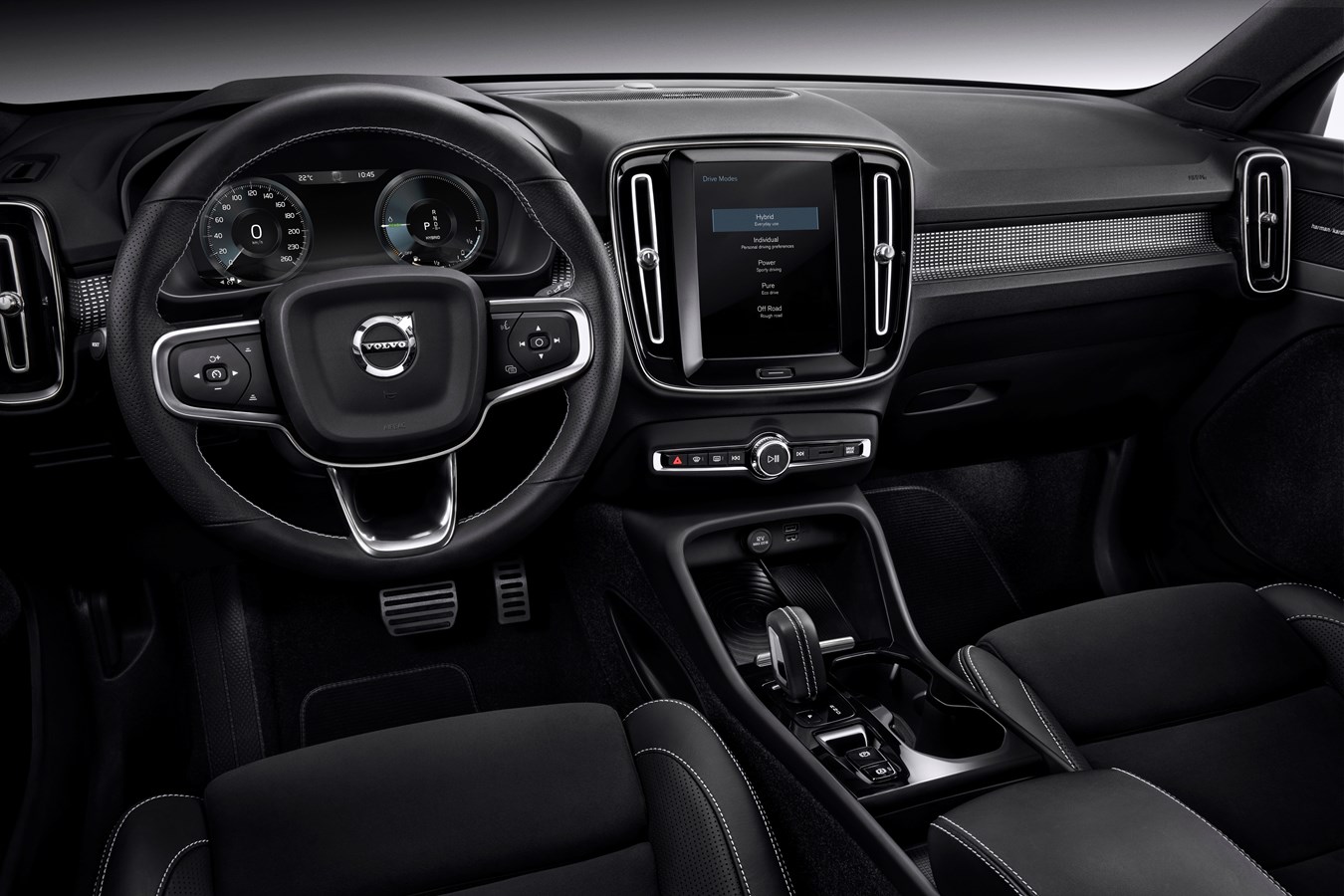 A growing number of manufacturers are moving in the latter direction. Companies such as Volvo and its electrified Polestar subsidiary (both in the process of rolling out new electric vehicle (EV) models) have been joined by Fiat Chrysler, General Motors, Mitsubishi, and the Renault-Nissan alliance in adopting Google’s Android Automotive operating system to support their future infotainment consoles. (Volvo uses Android Automotive operating system, left)

For now, most premium and luxury brands have chosen not to jump on the Android Automotive OS bandwagon, choosing to pursue proprietary strategies that they hope will deliver exclusive premium digital experiences.

Even among this elite group, however, success from a user experience/user interface (UX/UI) perspective has been spotty. With some notable exceptions, infotainment performance for premium offerings has mostly trailed in J.D. Power studies during the past few years.

According to the 2019 TXI Study, more than half of drivers prefer using smartphone mirroring to access their phone applications (e.g., Google Maps) over the proprietary on-board infotainment alternatives.

Luxury owners have only a slight preference for factory systems. This has opened the door for companies such as Google that have not traditionally operated in the automotive industry to aggressively pursue the market.

Now, the industry is on the verge of going a step further: transferring an existing environment of integrated experiences into vehicles by introducing a universal infotainment system based on technology best known for its presence in the mobile device sector, namely Android Automotive.

Android Automotive is particularly positioned to penetrate the automotive infotainment market as a universal platform for several reasons.

Compared with proprietary systems that are developed in collaboration with suppliers over several years, an off-the-shelf solution should be relatively easy and inexpensive to integrate.

Consumers, especially those used to Google’s existing technologies, have developed a fluency in how to use the different applications.

Finally, an ecosystem of designers, developers and distribution channels is already established. Consumers can purchase and download new apps for their automotive experience via the PlayStore.

From a designer and developer perspective, this not only introduces completely new ways of producing dedicated experiences for automotive users, it also accelerates development cycles, making it easier for users to update and access a growing variety of features and functions.

It also removes a major category of cost that goes into the vehicle development process, allowing OEMs to reallocate resources to other areas or apply savings to the bottom line.
During the next few years, J.D. Power expects to see a greater number of vehicle models adopt the Android Automotive platform.

That said, the process will not change the entire picture of infotainment operating systems overnight. Many in the industry will remain committed to developing their own proprietary solutions or collaborating with competitors to establish their own universal automotive operating systems for vehicles from multiple brands. 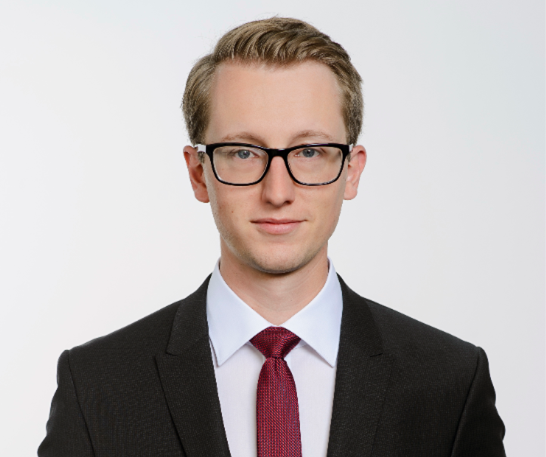 Does one size fit all? Given the variety of products and services in the market – from established players and new entrants stepping into the game – the answer is most likely no. (Wards Industry Voices contributor Fabian Chowanetz, left)

Fabian Chowanetz is an automotive consulting manager at J.D. Power Europe. His work focuses on in-vehicle HMI and user experience with infotainment systems and digital services.

Margin for Error Just Got Smaller in New-Car Operations
Jun 29, 2020