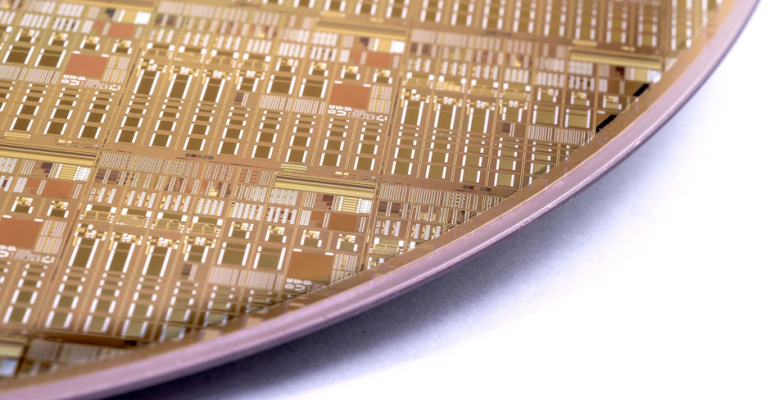 HiPERFORM kicked off in May 2018 and runs for three years under the coordination of AVL, Germany. This project has received funding from the ECSEL Joint Undertaking (JU) under grant agreement No. 783174. The JU receives support from the European Union’s Horizon 2020 research and innovation program and Austria, Spain, Belgium, Germany, Slovakia, Italy, the Netherlands and Slovenia.

The widespread introduction of affordable, energy-efficient electrified vehicles (including electric and hybrid cars) is key for meeting ambitious CO2 targets and achieving a decarbonized transportation system.

The European HiPERFORM program is looking into concrete ways to improve the affordability and energy efficiency of electrified vehicles, specifically by improving the power electronic circuits that convert electrical energy between different voltage levels, or from AC to DC and vice versa. These circuits also are needed in drivetrain test systems to efficiently test the batteries and electric motors.

The program’s industrial and academic stakeholders, including the research and development and innovation hub imec, aim to introduce wide-bandgap materials such as silicon carbide (SiC) and gallium nitride (GaN) in the power electronics components that are at the heart of power electronic circuits.

Introducing these new technologies in only 2% of electrified cars could result in direct energy savings of 12.83 TWh per year, while extending driving ranges and reducing prices for the vehicles.

Power electronic components, such as switches and inverters, currently are made from standard silicon semiconductors. But wide-bandgap materials such as SiC and GaN outperform silicon in many ways.

For example, power electronics components made from wide-bandgap materials can operate at higher switching frequencies and temperatures. This can increase the efficiency of electric motors and hybrid drive systems and allow other components such as cooling systems and passive elements to be shrunk in size for more compact, lighter power electronics systems.

Part of the ECSEL (Electronic Components and Systems for European Leadership) Joint Undertaking, HiPERFORM is exploring the use of both SiC and GaN-based power electronics components in the drivetrain, chargers and test systems of the next generation of electric and hybrid cars.

Reliability always is key for automotive applications. For power electronics components, this translates into high breakdown voltage requirements of 1.2 kV. But today’s GaN-based components are typically fabricated on silicon wafers to keep costs down.

This leads to mismatches between lattice spacing and thermal expansions of the silicon and GaN. As a result, current GaN-based components cannot withstand voltages higher than 650V.

Buffer layers of aluminum gallium nitride (AlGaN) can compensate for the stresses caused by these mismatches. The thicker the buffer layers, the higher the breakdown voltage. But too thick and the AlN/GaN films can crack and the silicon wafer bow, resulting in a high defect density and yield losses when mechanically handling the wafers.

As a stakeholder in HiPERFORM, imec is studying ways to improve the reliability and cost-effectiveness of GaN-based switches. This includes developing new substrate materials and epitaxy processes for growing GaN layers and working with Fraunhofer FEP on more efficient ways of depositing the buffer layer.

In particular, imec is studying a new substrate material for growing GaN: poly-aluminum-nitride (poly-AlN). The thermal expansion coefficient of this material better matches that of GaN. This could allow for thicker buffer layers, enabling higher operating voltages and increased reliability. Simultaneously, the traditional GaN-on-silicon epitaxy process needs to be adapted considerably to fully realize the benefits of the poly-AlN substrate.

Imec already has demonstrated the potential of poly-AlN substrates, supplied by Qromis, in a previous ECSEL project. The objective now is to develop 1.2 kV-rated GaN buffers on these substrates. Imec has developed a proprietary epitaxial buffer scheme for growing the device stack on the poly-AlN substrate. The buffer consists of an AlN nucleation layer (a template), an AlGaN transition layer and a GaN/AlN superlattice structure. Initial results look very promising, already reaching breakdown voltages of 900-1000 V.

Traditionally, GaN buffer layers are grown by metal-organic chemical vapor deposition, which significantly adds to the final cost of components. Fraunhofer FEP is developing an innovative sputtering system to more efficiently grow specific layers of the buffer, with imec supporting the development of the epitaxial layers with this tool. This unique approach should enable faster growth rates, lower growth temperatures, reduced material resources and the ability to move to larger substrates.

A first estimation of savings predicts a long-term cost reduction of 40% compared with existing samples of these innovative GaN switches. Precise calculations of the actual savings will be conducted during the project. Initially, the new system will be used for sputtering the AlN nucleation layer. A later phase will investigate the possibility of using the new technique for growing other buffer layers.

The outcome of the project will have a positive impact on the next generation of highly efficient electric cars, while the results will strengthen the position of GaN in the automotive market.

Benoit Bakeroot holds an M.Sc. degree in Physics and a Ph.D. degree in electrical engineering, both from the Ghent University, Belgium. He is currently a device engineer with imec, involved in the research and development of high-power GaN technology. Since 2012 he is also a part-time associate professor at the Ghent University.

Stefaan Decoutere holds an M.Sc. in electronic engineering and a Ph.D. from the Katholieke Universiteit Leuven, Belgium. Since 2010 he has managed imec’s GaN power device technology development and became the director of the GaN technology program in 2015.