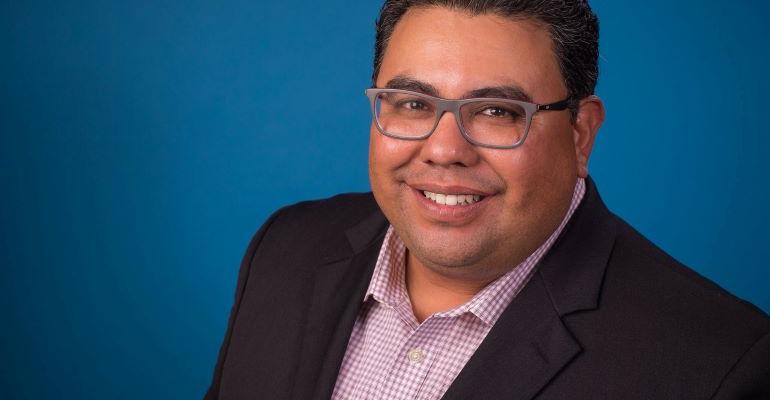 How Car Dealers Can Play a Great Hand on Google

If you can develop content around a topic no one else has addressed, you can win the day.

Do you know what featured snippets are? I ask because Google recorded a significant milestone last year that impacts your website’s ability to attract clicks. And it involves those little boxes of information that appear whenever you type a question into Google’s search bar.

For instance, type either of the following questions into the search bar and hit “return”: “What does the Volkswagen TPMS light mean?” Or “What is the Volkswagen exclamation point warning light?”

Now see the item below answering either of those questions? Notice how it appears above all other search results? Did you also notice the URLs listed for the information source? 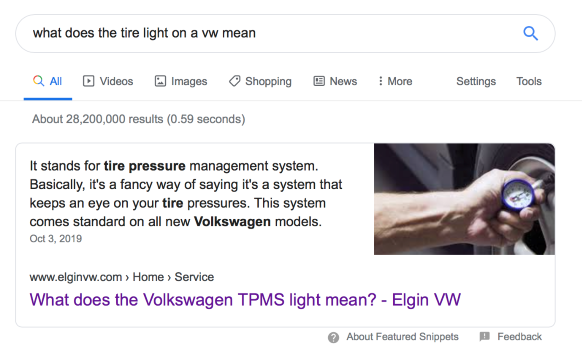 According to Google, its systems look at web listings to determine if it would be useful to highlight one of them, and they are especially likely to appear for searches phrased in the form of a question.

Again, I bring this up is because of a milestone a colleague alerted me to via email. The note contained a link to a blog penned by Rand Fishkin, founder of SparkToro, an SEO analytics and insights firm.

Apparently, for the first time, less than half of Google searches resulted in an organic click.

“Consumers are getting the answers they need from instant results and featured snippets,” my colleague wrote.

SparkToro’s founder offered a second theory for the zero-click milestone: “Google is potentially abusing its market dominance in one field to unfairly compete in another.”

Using graphs sourced from clickstream data company Jumpshot, Fishkin found that when Google reached its zero-click milestone last June, Google was sending a huge portion of search clicks to its properties. They include YouTube, Maps, Android, Google’s blog, subdomains of Google.com and a dozen or so others.

Fishkin also looked at clickthrough rates and how they've changed over a three-year period ending in 2019. He found that as organic clicks shrunk, zero-click searches and paid clicks rose.

“But the devil is in the details,” Fishkin writes, “and, in this case, mostly the mobile details, where Google’s gotten more aggressive with how ads and instant answer-type features appear.”

Even in January 2016, Fishkin notes, more than half of mobile searches ended without a click. Today, it’s almost two-thirds.

“Google’s ongoing attempts to answer more searchers without a click to any results or a click to Google’s properties are both proving successful,” Fishkin writes. “As a result, zero-click searches and clicks that bring searchers to a Google-owned site keep rising.”

That means a good YouTube strategy is also essential.

By the way, Fishkin notes that while paid clicks tend to increase whenever Google makes changes to how those results are displayed, they slowly decline as searchers get more familiar with spotting and avoiding them.

So, again, snippets represent a massive opportunity for a dealership to be seen online, especially on mobile.

The best part of featured snippets is there’s no added cost to rank for them. You just have to have great content, but there is no guarantee your efforts will result in a featured snippet.

Still, the chance to appear above the No.1 search result — also known as “position zero” — is search gold, even though you do risk losing some traffic if the snippet adequately answers the shopper’s question.

So how do you get there? Well, Google pulls snippets from copy of a specific post. And it can be a paragraph, a table or a list. Recall my example. Did you notice how the blogs had either a headline or sub-heading that matched the question I typed into the Google search bar?

Now, there isn’t an exact formula for earning featured snippet status. And if you make position zero, it might not last forever — that’s if Google decides another page should rank for it.

So, again, the best way to earn featured snippet status is to produce quality content and format it in a way Google prefers.

Think of the questions your customers might ask about new models, trim packages, infotainment features, incentives, rebates, the benefits of a service contract or maintenance plan, etc.

If you can develop content around a topic no one else has addressed, you can win the day.

Gregory Arroyo is the former editorial director of F&I and Showroom and Auto Dealer Today magazines and now serves as senior strategic content manager for DealerSocket Inc. Email him at [email protected].