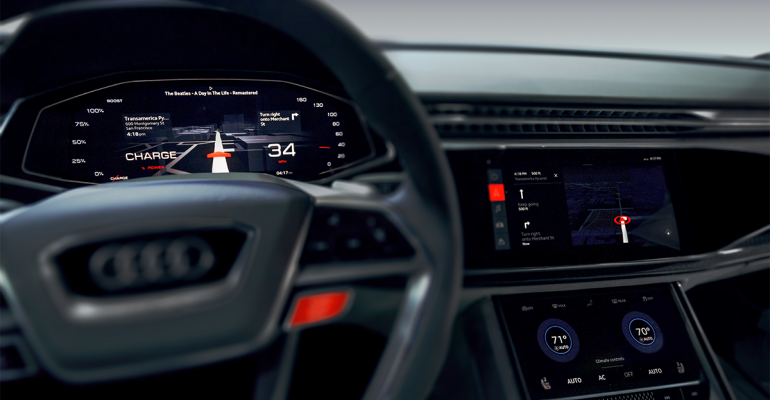 Future of Automotive Brands in Hands of User Experience Designers

It’s a great time to be an advanced digital user interface designer. The future is now, and automakers, designers and engineers have the opportunity to define what the cockpit of future vehicles will look like.

The automotive industry is at a pivotal point when it comes to the evolution of the user experience in connected vehicles.

New technologies have leveled the playing field, giving all involved a blank canvas and all the paint they could ever need. Now it’s just a question of someone seizing the opportunity.

There are two paths automakers and designers can take.

The first is to let someone else take the lead and establish a system or usage paradigm that customers begin to demand, forcing the rest to emulate the leader. That scenario played out with smartphones. Many companies had the opportunity to lead the market and set customer expectations, which Apple ultimately did with the introduction of the iPhone in 2007. The rectangular touchscreen with its grid of apps quickly became accepted as how smartphones should look and operate.

The second, more daring path, would be for an automaker or designer to create a new offering the world has never seen before that provides something consumers covet, even though they may not even know it yet.

Customer demand is driving the center stack towards open ecosystems, a shift which offers a wealth of opportunities. However, all the applications and services must be managed properly. Automakers will be the gatekeepers, determining how consumers receive and interact with that information. It is critical that automakers prioritize applications and services that are truly relevant to the driving experience and integrate them into the user experience in a non-intrusive way.

The global automotive infotainment market is expected to reach $37.62 billion by 2025, according to a recent study by Grand View Research.

Most automakers consider having cutting-edge infotainment systems a top priority. The look and feel of the cockpit and human-machine interface is one of the main selling points for consumers. In the J.D. Power 2017 U.S. Sales Satisfaction Index Study, 61.5% of new-vehicle owners stated interior style and comfort, of which the user interface is a critical element, as a reason for selecting their vehicle, making it the most frequently cited purchase decision factor.

In the current architecture of many of today’s vehicles, that second display delivers information and entertainment. Regardless of whether future cockpits have many more displays, or have just one large display screen, we at Rightware believe in a more integrated approach across all displays. This is an important evolution from the current dashboard to a more seamless user experience.

While these changes are taking place, automakers want to retain their brand identity and brand value. In the past, luxury automakers had an advantage. The higher price points of their vehicles allowed them to offer the latest and greatest, and often most expensive, electronic or digital UX features. Today that dynamic has changed as technology has come down in price. Automakers now are expected to offer feature-laden HMI technologies in even their lowest-cost vehicles.

Google’s Android promises to be a strong player as an infotainment platform. It provides an open ecosystem and allows some degree of customization, which will be an important way for automakers to distinguish their vehicles and protect brand identity while still leveraging outside information.

It also allows consumers to customize the system to suit their own wants and needs, a desire being played out in several industries. In the future, there may be automotive user interfaces that offer drivers a “clean slate,” providing only the information they need and the features they desire to configure a system that is personalized and truly unlike any other.

While Android is somewhat customizable and offers a rich third-party ecosystem, there still is a need to deliver rich graphics in a way that serves the unique needs of the automotive industry, such as advanced driver-assistance systems and autonomous driving, providing an opportunity for automakers to differentiate and strengthen their visual brand identity.

Apple, on the other hand, is seeking to make inroads into the auto industry in a different way by offering Apple CarPlay on several vehicles. While a fine system, CarPlay largely just emulates what is on the owners’ mobile phone and displays it on the infotainment system.

Another development on the horizon is the emergence of increasingly sophisticated artificial intelligence, which could open a whole new set of doors in automotive infotainment. 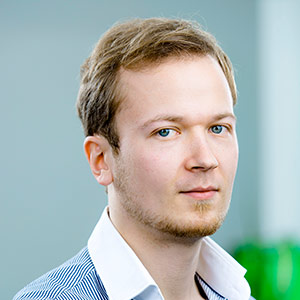 At Rightware, we worked with IBM to show a concept integrating its Watson supercomputer, which combines AI and sophisticated analytical software, into the automotive UX. Early uses of AI in automotive applications likely will be along the lines of the system detecting the vehicle is low on fuel and contacting a nearby gas station, which in turn could engage the driver to entice them to stop. Such systems also could keep the driver appraised of the state of the vehicle in a conversational manner or use advanced diagnostics to alert the driver to potential problems.

Future possibilities are much greater but are difficult to predict in these early stages of development. That said, AI will be an important building block for those designing the UX of the future.

With so much information and so many features available, perhaps the most important task of automakers is not deciding what to offer but designing the best HMI.

Having an unintuitive and awkward HMI is a quick way to turn consumers off to the vehicle and the automaker that produced it. Although an HMI may serve as a conduit to a vast amount of information and cutting-edge features, that doesn’t mean it has to be complicated. In fact, the simpler the better. A user interface system that is simple and easy to use is a good way to buy customer loyalty, and perhaps future sales.

It’s a great time to be an advanced digital user interface designer. The future is now, and automakers, designers and engineers have the opportunity to define what the cockpit of future vehicles will look like.

Tero Koivu  (pictured above, left) is Vice President of Product Management at Rightware, the leading provider of HMI software and connectivity technology that enable a branded user experience in connected cars. Tero is in charge of the future direction of Rightware’s Kanzi® products and is one of the founders of the company. https://www.rightware.com Twitter: @RightwareLtd  www.linkedin.com/company/rightware/