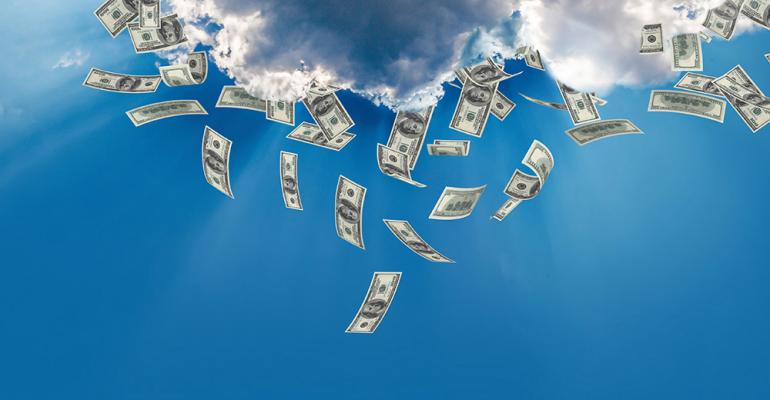 The Evolution of CIOs into CEOs

Cloud computing, cybersecurity and agile development are becoming the crucial issues of the day. That makes chief information officers – not typical CEOs or CFOs – the best qualified to lead in the future.

Steve Tengler will be moderating a session at the WardsAuto User Experience Conference Oct. 1 in Novi, MI.

The age-old question for young professionals is, “How do I become CEO one day?”

Historically, a high percentage of Fortune 100 CEOs have backgrounds in operations, with degrees in business, economics or accounting, plus an MBA from an elite school, a stint at a premier consulting firm and a few years at the target company before ascending.

An article in the NY Times which summarized the analysis of 459,000 resumes on LinkedIn suggests living in New York or Los Angeles helps, along with targeting a non-linear, cross-functional career rather than specializing in only one part of the business.

“The common theme that we see in the jobs that are the fastest-growing and have the highest value for employers and job seekers is this set of jobs that require a mix of skills that don’t tend to ride together in nature,” says Matthew Sigelman, chief executive of Burning Glass Technologies, an analytics software company that provides real-time data on job growth, skills in demand and labor market trends.

But what I see now is a trend of technology leaders taking the helm of companies in the future. A LinkedIn study found a 53% rise in the number of openings for hybrid jobs requiring both technological and business acumen.

In a 2015 Forbes article, the second-leading grouping of degrees for Fortune 100 CEOs was engineering or science (27%), stating, “Emerging economies often put a greater emphasis on engineering and science degrees.” An executive search firm also was quoted, stating candidates with technology or digital backgrounds usually are “Higher on the agenda of selection committees.”

I believe we will see an increase in Chief Information Officers (CIOs) with business acumen taking over their boss’s vacant chair. Here are the three underlying reasons why:

1: Understanding How Best to Maximize Cloud Investments. The Internet of Things (IoT) is changing the landscape of society. According to Statistica, there are about 20 billion connected devices worldwide and that number should rise to about 75 billion by 2025. And for good reason: serious profits, with more than 94% of companies already reporting a positive impact on their operating income.

In some industries, the projected growth is staggering: wearables are predicted to increase 31%, more than two-thirds of consumers are likely to purchase an IoT device for their homes this year, smart clothes are expecting nearly a 72% CAGR through 2021 and connected vehicles should rise from 10% in 2012 to 90% by 2020. In fact, by 2025 the global worth of connected technology is projected to rise to $6.2 trillion.

With all this growth, there will be many technological decisions affecting business outcomes. How will the cloud be architected? Will companies take the initial financial hit to develop in-house capabilities, or will be it be temporarily run in a public-private cloud until “on-prem” systems are adequate to some “Definition of Done”?

Will operations and support be in countries with unstable relationships or economies due to short-term savings on labor rates, or will the risks to up-time, privacy, data/intellectual property, piracy, etc., weigh more heavily? A single, incorrect technical decision in this area could have massive impact. For instance, let’s zoom-in on “extensibility.” Knowing and confirming creation of a flexible application protocol interface (API) to allow integration with upcoming companies, technologies, etc., is something a non-technical CFO might not recognize as the difference between differentiation and demise.

As an example, Apigee, a Silicon Valley-based company providing API management and predictive analytics software, saw a 3,000% increase over a 3-year span of third-party applications consuming their API. A CFO would want to know the return on investment in advance of expending resources and would hold back expansion, but the CIO might see that as an essential wager for competitiveness.  Apigee was acquired by Google in a deal worth $625 million in 2016.

As another example, I recently spoke with the CTO of a Fortune 100 business that’s cutting expenditures because they previously gambled a lot on China for cloud operations. With the looming dark cloud of potential tariffs, the corporation is being forced to slash budgets. And that company is not alone: thousands of companies that made similar gambles are on edge.

As said in Evans’s Cloud Computing Outlook, “Yes, brilliant cloud technology will remain essential – but I would argue that as the cloud marketplace evolves at a stunning pace, that brilliant technology and resulting cloud services are becoming table stakes in the Cloud Wars.”  I’m saying the CIO – not a conventional CEO – is best equipped with the tools and tradeoffs to win the Cloud Wars.

2: Cybersecurity Will Never Increase Revenue, But Can Affect Costs Either Way. Cybercrime is a huge issue facing our connected world. “[The damages from cybercrime should] hit $6 trillion annually by 2021… up from $3 trillion in 2015.” The average cost per breach was $4 million globally and $7 million for those in the U.S. And that’s the crime they notice! The World Economic Forum believes “A significant portion of cybercrime goes undetected,” which leaves us all wondering what the opportunity cost is of doing a poor job on cybersecurity.

I recently interviewed an automotive executive who predicted an automaker would go bankrupt in the next five years due to a cybersecurity breach and the resulting brand impact.

His prediction is not without merit. 60% of small companies that are the target of a cyber attack are defunct within six months of the attack, which is not a small number of companies since some estimates suggest 62% of small and midsized businesses are attacked per year, amounting to 4,000 companies per day.

The tricky part is how and where to spend the defensive resources. As predicted by Cybersecurity Ventures, cumulative spending from 2017 to 2021 will exceed $1 trillion. Where is that being spent? How does a company know the appropriate strategy? A CFO will want to limit the spending without a concept of return on investment, but the fidelity of ROI for “something that hasn’t happened” is left to the imagination of the board of directors.

Yes, as suggested by an expert panel at MIT in 2017, the Chief Information Security Officer (CISO) can accumulate estimates based upon “what if” scenarios, but it requires a system understanding of failure modes, network dependencies and recovery costs.

Expecting a CEO with a liberal arts background to understand design tradeoffs, revocation and reflash strategies, containment policies, Red Team sourcing/cadence, etc. is too tall an order and too important to the bottom line to 100% delegate. Anderson Reichlen spoke with hundreds of companies’ [CEOs] and says it has become abundantly clear that some CEOs do not know enough about cybersecurity and that their [CIO] and [CISO] do not always provide a [sufficient picture].”

3: Being Agile is More than a Buzzword. Agile Development has grown over the past decade within the software world, and has been shown to improve productivity, cost-effectiveness, cycle-time, quality and customer satisfaction from 10% to 100%. Among the most common misconceptions about Agile Development is that Agile is only for software. “Even Human Resources and Purchasing can adopt Agile practices,” says consultant Sergei Weber of Kugler Maag.

“Before jumping into an analysis of the applicability of Agile in (various parts of the business), it is important to first categorize (that development) as either a creative or defined process,” says Neil Johnson.

“Many teams repeatedly underachieve with intense, upfront project (estimates) because accurate planning for them is simply not possible. For those teams, it is their level of agility and their capacity to harness instability – not deflect it – that determines success.”

But driving the process and tools across the business requires a deep understanding how to run “team of teams,” a strategic vision of “Definition of Ready” and “Definition of Done.” And how to operationally release product to meet the market needs and do so in a harmonized way from communications to packaging to purchasing to distribution. This know-how presently exists in the information-technology world and in few other places.

All the rest are using traditional program management tools that are updated manually with inaccurate estimations. Another of the common misconceptions about Agile is that it is easy to implement. It is not and requires a technical expert who comprehends the vast business implications for the business.

Hence, my suggestion: make sure you are schmoozing your CIO, because he or she likely will be your next CEO.

Steve Tengler has worked within the automotive industry on the connected car for over a quarter of a century for some of the top brands in world, including Ford, Nissan and OnStar. He now is a Principal at Kugler Maag Cie  https://www.kuglermaag.us/  a leading global automotive consultancy. He has 40-plus publications to his name and 50-plus patents. Contact him at: [email protected]