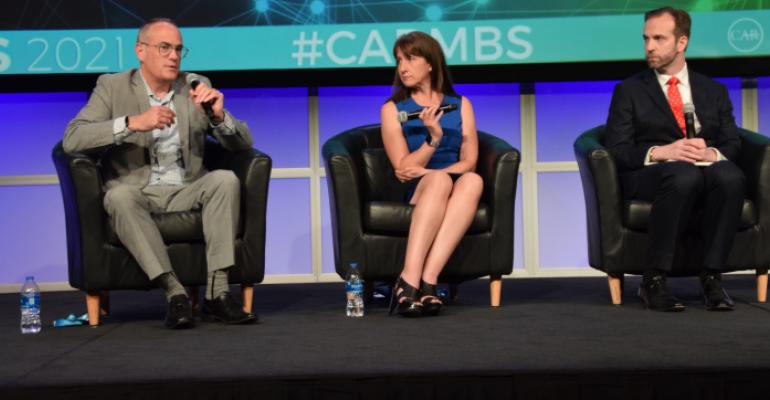 Vehicle Production, Sales Expected to Fall in Second Half

The U.S. light-vehicle forecast for 2021 is now about 16.5 million units – down from 17 million – says LMC Automotive’s Jeff Schuster at this week’s CAR Management Briefing Seminars in Traverse City, MI.

Despite high consumer demand, analysts expect a significant slowdown in auto production and sales in the second half, due to the related problems of the computer-chip shortage, and the resurgence of COVID-19 variants having an impact on the global supply chain.

The U.S. light-vehicle forecast for 2021 is now about 16.5 million units, says Jeff Schuster, president of global forecasting for LMC Automotive, at the Center for Automotive Research Management Briefing Seminars this week in Traverse City, MI.

“We were around 17 million for the year,” Schuster says. “Then, obviously, we ran out of vehicles.”

In the second half, Schuster says LMC Automotive expects the semiconductor shortage to cut production in North America by about 452,000 units. For all of 2021, LMC expects the impact of the chip shortage on production to be about 1.5 million units, he says.

But unlike some other regions of the world, consumer demand hasn’t slacked off in North America, contributing to “inventory burn,” LMC says.

As a result, the U.S. market had only slightly more than 1 million units in inventory at the end of July, which translates to about a 22-day supply at the present sales rate, says Stephanie Brinley, principal analyst-Americas for IHS Markit.

Colin Langan, automotive and mobility analyst for Wells Fargo, says his U.S. sales forecast for the full year of 2021 is around 16.2 million, which implies “a pretty significant drop” in the second half.