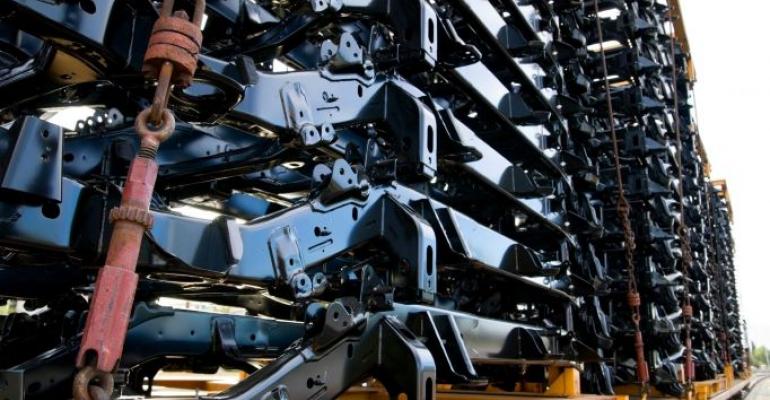 The U.S. Trade Representative reportedly has asked the Treasury Department to suspend the sale of goods from the Teksid Hierro foundry while Mexican authorities investigate whether workers’ collective-bargaining rights are being violated.

Prompted by a complaint from organized labor in the U.S. and Mexico, the U.S. Department of Labor is asking Mexican authorities to investigate whether workers at the Stellantis-controlled Teksid Hierro de México foundry are being denied the rights of free association and collective bargaining.

A petition was filed under provisions of the U.S.-Mexico-Canada Agreement Implementation Act, which allows the U.S. government or labor unions in the U.S. to challenge labor practices at plants involved in cross-border trade.

USMCA, which is vital to auto production across North America, was one of the key elements of the Trump Admin.’s trade policy, but only cleared the Democratic-controlled U.S. House of Representatives after labor provisions demanded by the AFL-CIO were added to the agreement. The Biden Admin. has promised to enforce the tougher labor provisions.

The petition involving the Teskid foundry marks the fourth time the U.S. has requested Mexico’s review of freedom of association and collective bargaining rights issues under the Rapid Response Labor Mechanism.

The UAW, AFL-CIO and a Mexican union, Sindicato Nacional de Trabajadores Mineros, Metalúrgicos, Siderúgicos y Similares de la República Mexicana, filed their petition with the Labor Department last month. It alleges that workers at the Teksid Hierro foundry, in Frontera in Coahuila state, are being denied the right of free association and collective bargaining.

In response to the petition, the Labor Department determined there is sufficient credible evidence of a denial of rights enabling the good faith invocation of enforcement mechanisms. Mexico has 10 days to agree to conduct a review and, if it agrees, 45 days to complete the review. 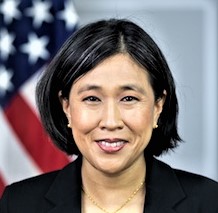 “We continue to use the USMCA’s Rapid Response Labor Mechanism to defend workers’ rights and remain committed to working closely with the Mexican government to do so,” says U.S. Trade Representative Katherine Tai. (pictured, left) “When our trade policy helps to ensure that workers in all countries can exercise their rights, it helps drive a race to the top.”

Tai also has directed Treasury Secretary Janet Yellen to suspend the sale of all unsold entries of goods from the Teksid Hierro plant, The Detroit News reports.

Companies dependent on shipments from Mexican suppliers to plants in the U.S. have been watching early cases under USMCA to see how the tougher labor laws are interpreted under the trade pact that replaced NAFTA. Under the USMCA, factories found to be violating worker rights could lose their tariff-free status on exports.

Teskid, which was organized by Fiat to make castings for vehicles, is now part of Stellantis, which was created in 2021 by the merger of PSA Group and Fiat Chrysler. It employs 1,500 people at its plant near the U.S.-Mexican border and the dispute with the Mexican union dates back to 2014, according to the union complaint.

Teskid is one of the world’s largest foundry companies, with operations in Brazil, China, Mexico, Poland and Portugal in addition to Mexico and two aluminum foundries in Brazil and Italy.  It produces iron components such as cylinder blocks and heads, exhaust manifolds, crankshafts, camshafts and suspension components primarily for Stellantis, Cummins, Volvo, Scania, Navistar, CNH Industrial, General Motors and Renault, among others.

Previous inquiries by U.S. officials prompted GM to allow workers at its truck assembly plant in Silao, Mexico, to vote in a new union. The new union and GM last month negotiated a new contract that raised workers’ pay.