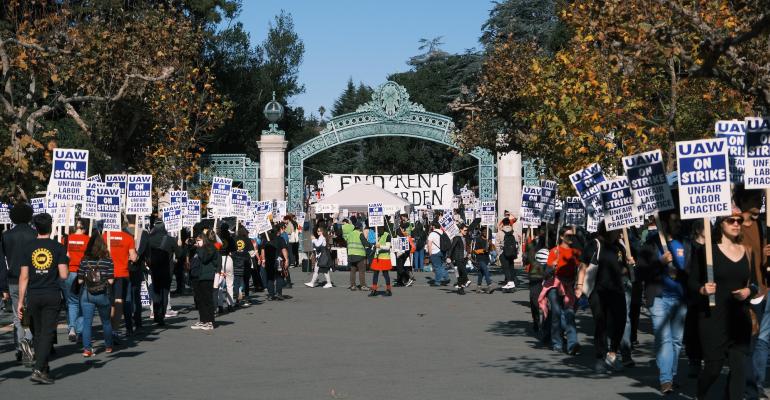 Some of the strikers have links to the auto industry via their research into advanced technologies including the electric cars old-guard UAW leaders have identified as a potential threat to union jobs.

A strike by 48,000 UAW members might appear to jeopardize automobile production. But while the walkout’s effects on the industry will be indirect at best, it has broad implications for the character and culture of the union.

The strikers are employed not in the Midwestern factories where the union has its roots but by the 10-campus University of California system.

The strike that began Monday is one of the UAW’s biggest in years and is the biggest in the U.S. so far in 2022. The walkout involves teaching assistants, researchers and others (pictured, below) outside the auto industry who account for an increasingly bigger share of UAW membership while the union largely has failed to organize newer auto and parts plants, particularly in the South. 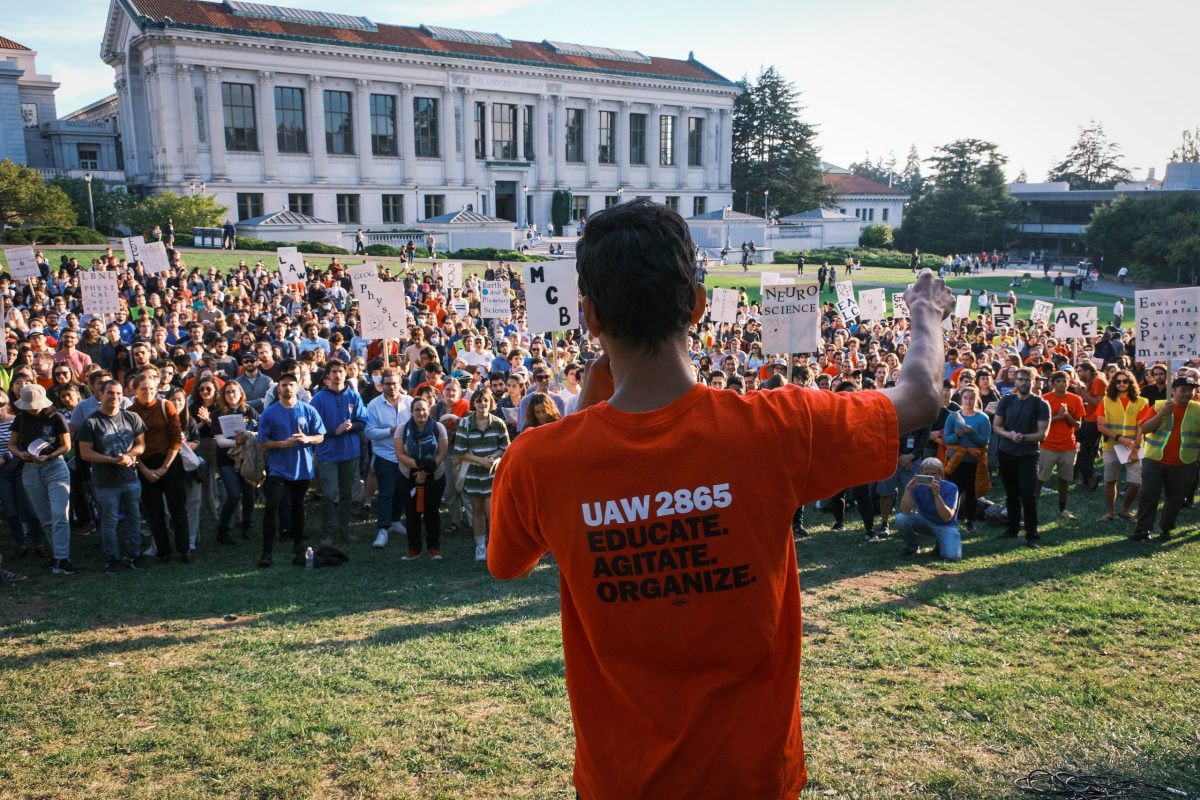 Harley Shaiken, a labor-movement expert who teaches the University of California-Berkeley, notes the shift within the UAW.

“I remember there was a wildcat strike by one of the locals in 2019, and I overheard one student asking another what UAW stood for. The reply was ‘United Academic Workers,’” he recounts.

Some of the strikers have links to the auto industry via their research into advanced technologies including the electric cars the old-guard UAW have identified as a potential threat to union jobs.

UC-Berkeley operates the California Partners for Advanced Transportation Technology which has been a leader in intelligent transportation systems research (pictured, below) since its founding in 1986. UC campuses in San Diego, Irvine and Davis also conduct transportation-related research. 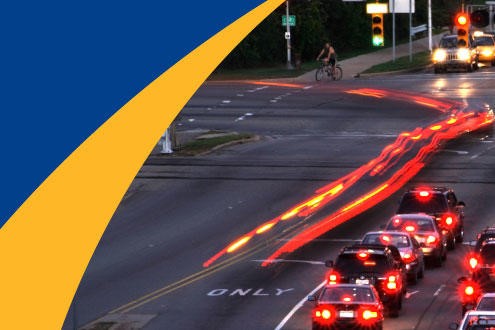 The strikers include teaching assistants, who interact directly with students; researchers employed by professors; and post-doctoral students (postdocs) who work mostly in the so-called STEM (science, technology, engineering, mathematics) areas, where the intellectual property created has potentially immense value to the university, private companies and society generally, according to observers.

According to fairucnow.org, a website run by several UAW-affiliated bargaining units at UC, the strikers’ demands include “compensation increases that reflect our value to the university”; improved leaves for parents and caregivers, along with child-care support; “bridge funding” allowing researchers to be retained during funding gaps in critical research projects; public transit allowances and incentives; and reimbursement to international scholars for the cost of obtaining U.S. work visas.

The UC administration, according to the union, has proposed a 5-year contract with a 4% raise in its first year followed by 3% raises in each of the following four years. “In a year of 8.5% inflation, this amounts to an effective wage cut,” the union contends.

The university says in a statement, “These employees make valuable contributions to the University’s teaching and research mission in both part-time and full-time roles, and we believe our offers of fair pay, quality health and family-friendly benefits, among other proposals, are fair, reasonable, and responsive to the union’s concerns.”

Meanwhile, the response of the UAW’s top leadership to the UC strike certainly evokes industrial America.

“Our union stands with our members in California as they fight for fairness and an equitable collective bargaining agreement. This strike is the largest in the nation, the biggest of the year and the largest at any academic institution in history,” UAW President Ray Curry says in a statement from the union’s headquarters in Detroit.

“We urge the University of California to stop their misconduct and bargain in good faith with their academic workers who perform critical work every day,” Curry says.

Brandon Mancilla, a candidate on the reform-minded UAW Members United slate for the directorship of Region 9A, where the union represents a substantial number of academic workers, says he expects them to have a greater voice in union affairs in the future.

Academic workers supported the one-member, one-vote initiative approved in the fall of 2021 by union members, and they were clearly a force during the UAW’s Constitutional Convention this past summer.

But the UAW’s current leadership, which is wedded to an older industrial model, appears ambivalent about the changes in the union’s traditional blue-collar culture, which is under pressure from the shift to electric vehicles that is bringing research money to university campuses.

The union activities at UC appear to have influenced the creation in recent months of employee associations at Silicon Valley companies such as Apple, Meta, and Google, where issues around employment practices have begun to resonate.