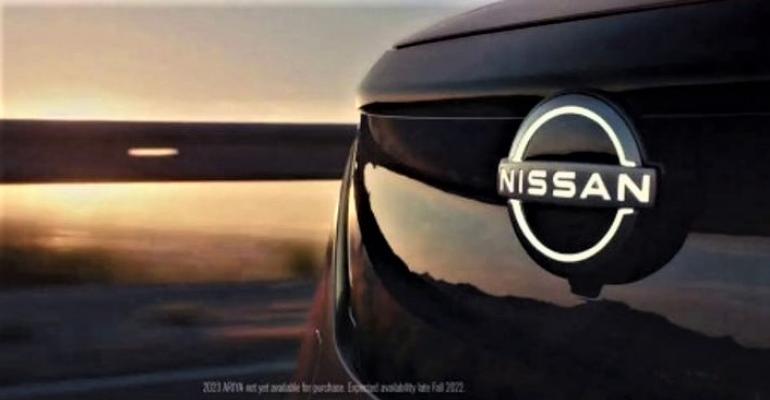 Nissan takes the overall top spot for a single ad, according to iSpot.tv.

Nissan regains the top spot for the most-viewed single automotive TV commercial of the week, but Toyota uses a pair of ads in support of the Tundra to dominate overall impressions, iSpot.tv says.

The two Tundra spots – “Born for the Wild” and “Born for Bringin’ It” – together racked up more than 281 million impressions, backed by a combined estimated national TV ad spend exceeding $1.6 million. Both targeted mostly the same programming, with Law and Order: SVU, NCIS, Blue Bloods and Generation Gap among the top five shows delivering the most impressions for both ads.

Nissan’s No. 1 ad, “Today Is Made for Thrill,” also targeted Law and Order: SVU and NCIS, as did fourth-place Chevy’s “Muddy.” Both shows have become recurring favorites for automotive advertising.

According to iSpot’s Ace Metrix survey respondents, Nissan also led in Ace’s Persuasion category, with a score 5% above industry norms.

Only second-place Hyundai opted for any significant sports targeting, with Major League Baseball delivering the most impressions for its “County Fair” ad. The ad’s characters stood out sharply with Ace Metrix respondents, with 16% rating them the “single best thing” about the ad (90% better than industry norms).

Nissan: Today Is Made for Thrill: Why Wait for Tomorrow?

Toyota: Born for the Wild

Toyota: Born for Bringin' It