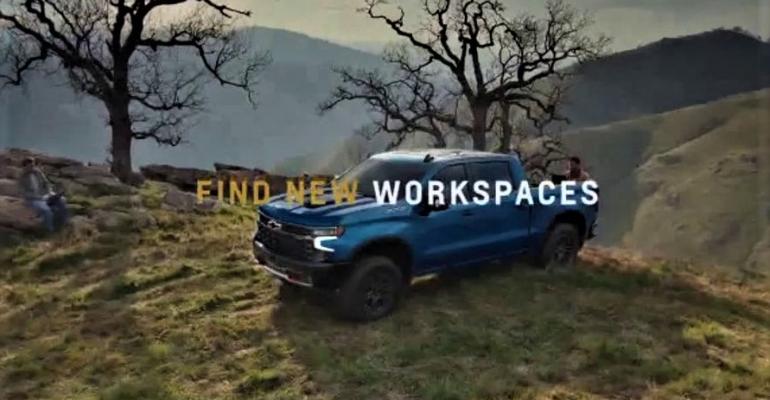 Chevy’s “Work Remote” rises to take the top spot on iSpot.tv’s latest list of the most-seen auto ads, while the carmaker’s “The Future Is Right In Front Of You” debuts in fifth place.

According to iSpot’s Ace Metrix survey data, “Future” was the viewer favorite. The ad had the highest Persuasion score on the list, rating 10% higher than industry norms.

Cadillac’s “Lead The Charge” ranked highest for both Brand Match and Product Match in Ace’s rankings, with 90% and 88% scores, respectively (meaning the percentage of viewers who remembered it was a Cadillac ad and about the Lyric model after viewing it).

Of the other ads on the list, third-place Honda’s “Brand New Spark” also targeted the NBA playoffs for most of its impressions. Honda was the only carmaker on the list for which the NHL playoffs were among the top five sources of impressions. The cost of advertising on the two playoff series was a big reason Honda had the highest estimated national ad spend: $2.45 million.

Dodge: We Only Do Power

Chevrolet: The Future is Right in Front of You