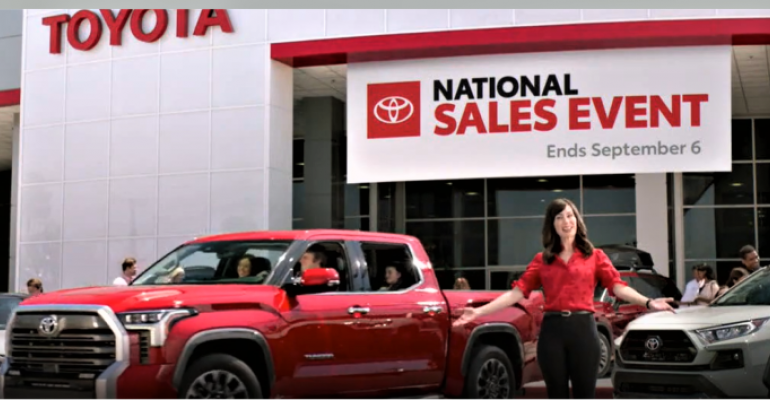 Toyota’s ad got the most impressions from a show that stopped airing new episodes 18 years ago, according to iSpot.tv.

For all the focus given to live sports and similar tentpole viewing events as heavy drivers of ad impressions, this week the show delivering the single highest number of impressions for automotive ads hasn’t aired a new episode since 2004: Friends.

The syndicated sitcom helped elevate Toyota’s “Ode to Summers Past” to the top position among carmakers in iSpot.tv’s ranking. A very close second was Subaru’s “Dog Tested: Lunch Stop” ad, appearing on the list for the first time this week. Only 337,000 impressions separated the first- and second-place commercials.

Nissan’s “60 Years in 30 Seconds” returned to the list at No. 3, while Chevy’s “Muddy” and Hyundai’s “County Fair” slid to fourth and fifth, respectively. The latter two were the only ads in the top five for which Major League Baseball games helped deliver impressions. Hyundai also advertised during PGA Golf Tour telecasts, making “County Fair” the only spot in the top five with a second sports target.

According to iSpot’s Ace Metrix survey, Chevy’s “Muddy” had the best brand recognition score in the ranking, with 90% of viewers remembering it was a Chevy ad after watching it.