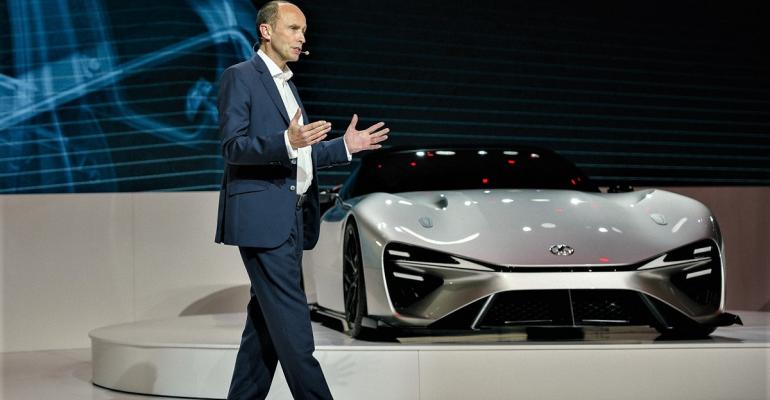 The automaker already is working to achieve 100% CO2 reduction in all new Toyota vehicles in the European Union, U.K. and European Free Trade Assn. by 2035.

Toyota claims its operations in Europe will be carbon-neutral by 2040, a decade ahead of the Paris Agreement’s climate target.

The automaker makes its claim in a message delivered at Toyota Motor Europe’s (TME) annual Kenshiki presentation in Brussels.

Building on the undertaking launched last year to achieve 100% CO2 reduction in all new Toyota vehicles in the European Union, U.K. and European Free Trade Assn. by 2035, Matt Harrison, president and CEO of TME, summarizes the company’s direction: “Broadly speaking, there are two focus areas: The first is carbon neutrality and how we plan to achieve it in areas of our business, and the second is the future of mobility as we transition from a manufacturing and sales company to a provider of mobility services.”

Toyota expects to sell 1.1 million vehicles in Europe in 2022, a year-on-year increase in a European market that has declined 12%, and to reach a record market share of 7.3%, up 0.9% this year. Its electrified models have led the way with an overall European mix of about 66% of the company’s total sales. 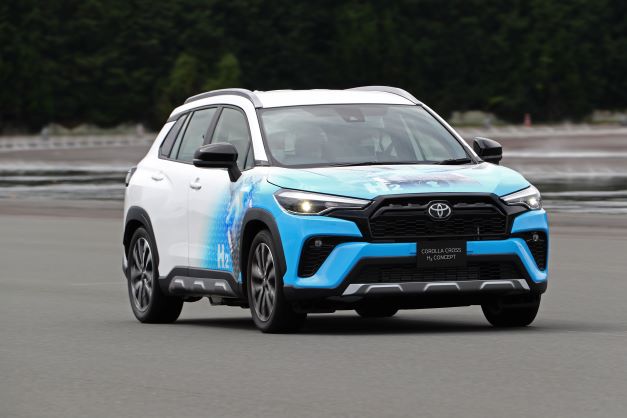 Marvin Cooke, executive vice president of manufacturing for TME, outlines the company’s objective to make all of its European manufacturing facilities carbon-neutral by 2030. It hopes to achieve this by minimizing energy consumption, switching to green energy and implementing continuous improvement innovations to reduce or eliminate CO2 emissions.

Cooke says: “At our engine plant in Deeside in the U.K. we have installed solar panels equivalent to 10 football pitches in size while recycling more than 90% of the waste the site produces to generate green energy. We expect to be carbon-neutral as early as 2025. (With) activities outside our direct control, such as upstream supply and logistics, the challenge is greater and one we will achieve in close collaboration with our partners and suppliers.”

Gill Pratt, chief scientist of Toyota Motor Corp. and CEO of Toyota Research Institute, provides insights into the science behind the automaker’s global approach to decarbonization, using multiple electrified technologies and optimizing the use of scarce resources to improve carbon reduction.

Toyota’s multi-powertrain-technology strategy claims to exploit the benefits of both battery-powered vehicles and those which run on hydrogen for zero-emission mobility. But, according to Toyota’s strategy,the current short supply and high costs of battery materials and the lack of infrastructure mean it is better to use a combination of battery-electric, plug-in hybrid-electric, hybrid-electric and fuel-cell vehicles to reduce CO2 emissions over the next 10 to 15 years.

Pratt says: “We must do what is best for the environment, which is to extract the most carbon reduction from each battery cell produced, replacing as many non-electrified vehicles as possible with electrified ones, guided by the simple principle that carbon is the enemy, not any particular powertrain.”