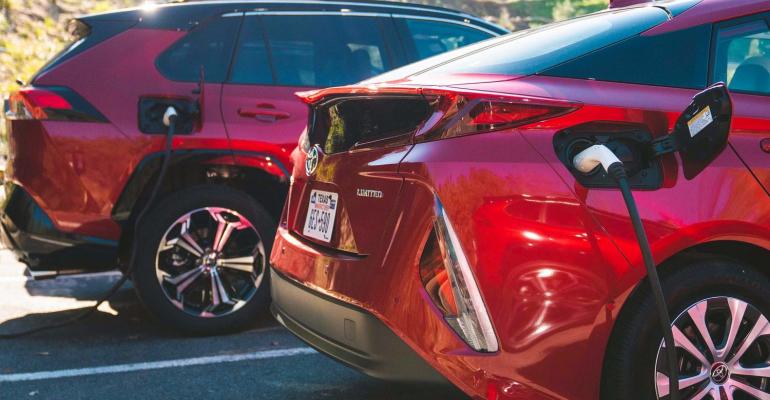 Toyota
Plug-in hybrids such as these will receive lithium-ion batteries from Toyota's new plant.
Industry News

Automakers are getting serious about electric vehicles, to the point that many have dedicated huge chunks of resources, both financial and physical, to their production and supply chains.

While it has been slow to fully embrace battery-electric vehicles, Toyota has long been a leader in hybrid and hydrogen fuel-cell technologies.

However, that changes this week with Toyota’s announcement of a new battery production facility in North Carolina that will give it massive production capacity in the coming years for electrified vehicles, including BEVs, hybrids and plug-in hybrids.

Building an in-house battery facility is a path many automakers take, as it helps solidify their supply chains and gives them more control over the production process from start to finish.  Toyota’s plant will open its doors in 2025 with four production lines, each of which can produce enough lithium-ion batteries to power 200,000 vehicles per year. Toyota says its goal is to expand to at least six production lines, bringing its total production capacity to 1.2 million vehicles per year.

The $1.29 billion facility is part of a previously announced $3.4 billion investment. Toyota expects to create 1,750 jobs in the process and says it is committed to using 100% renewable energy to power the plant.

The focus on renewable energy was one of seven major factors that drove Toyota’s decision to move to North Carolina. Others include:

The plant, to be located between Greensboro and Randolph, NC, will support Toyota’s goal of reaching carbon neutrality for its vehicles by 2050.