Working at his desk on March 15 and going over dire sales numbers was a scary day at the office, recalls Andrew Gilleland, group vice president and general manager of Toyota’s luxury brand Lexus in the U.S.

“It was frightening,” he says, referring to the COVID-19-related plunge in vehicle deliveries that occurred industry-wide last spring. “Anyone who would say otherwise would be blasé.”

Bob Carter, Toyota Motor North America’s executive vice president-sales, says of the sudden sales crisis: “There were a lot of sleepless nights. But we don’t panic.”

So, the automaker, its dealers and suppliers rowed together to get through troubled waters, say executives at a year-end sales report media call. “It’s inspiring how we worked together,” says Gilleland. 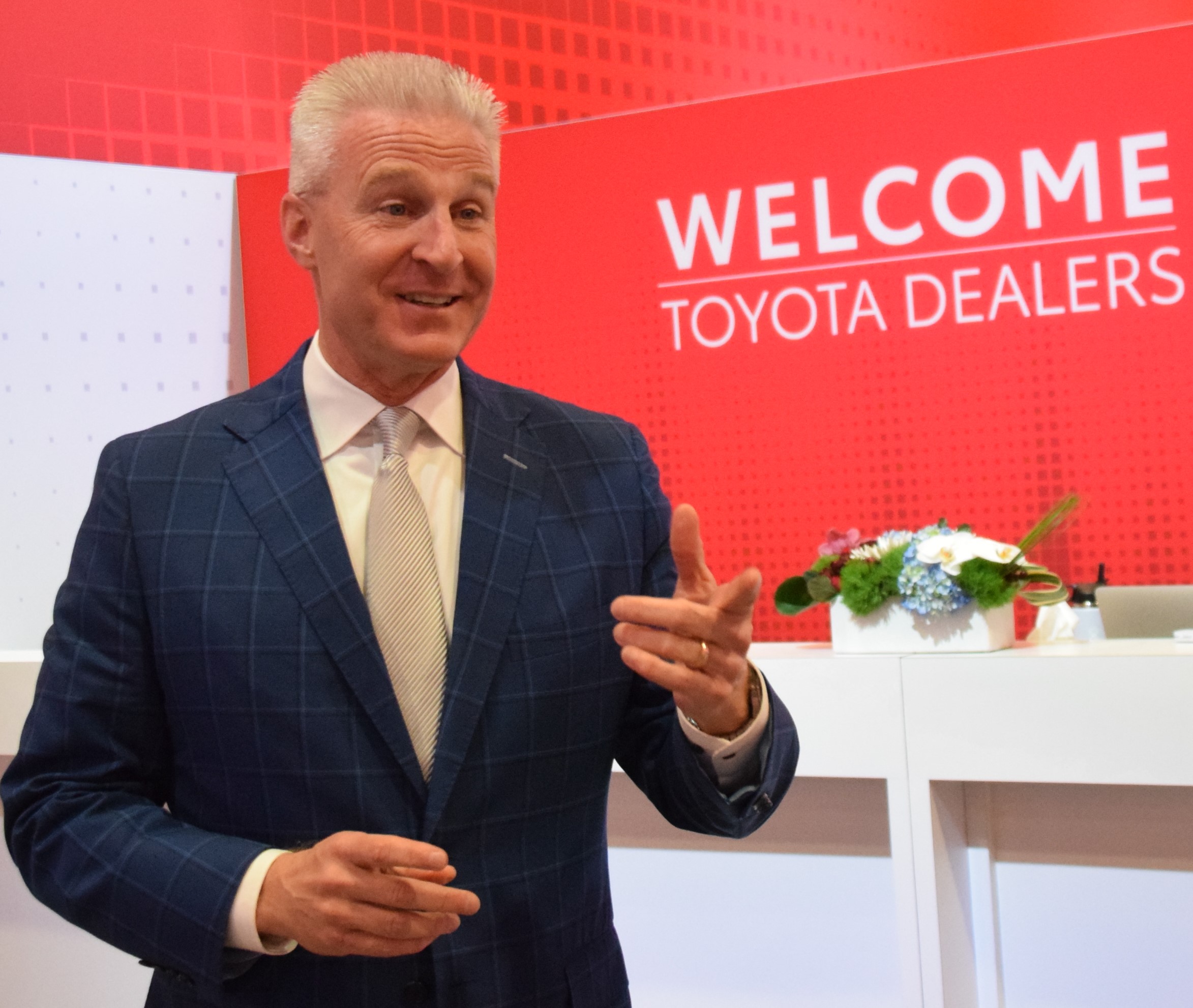 For 2021, “we see a lot of opportunities and a 16 million SAAR (seasonally adjusted annual rate),” Hollis says. “There are still so many COVID issues affecting business, but I like to talk about the tailwinds.”

To him, those positives include the development of coronavirus vaccines, low interest rates, new product and dealer innovations such as advancements in digital retailing.

Carter foresees vehicle inventories remaining tight through this spring. “Supply will be the name of the game. The industry will be supply-challenged for the next four or five months. Then we will see it normalize.”

The sales call allows the Japanese automaker’s U.S. unit to exercise some bragging rights, including:

The company also touts its success in selling hybrid-electric vehicles, vowing that more are on the way. “It’s hybrid, hybrid and more hybrid,” Hollis says.

Toyota and Lexus sold more than 337,000 models with hybrid propulsion systems last year. That’s 16% of sales compared with 9% two years ago. By 2025, every nameplate in the U.S. lineup with offer a hybrid or battery-electric version, Hollis adds.