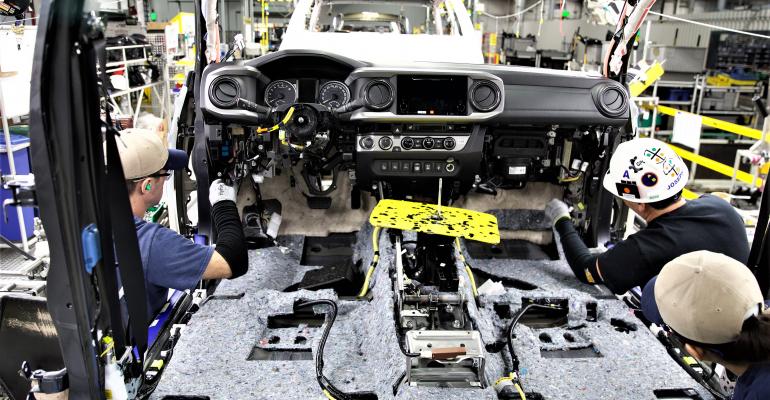 Automakers pay close attention to the study because positive supplier relations benefit OEMs with better pricing, more investment in innovation and technology and more sharing of technology. These factors all contribute to the OEM’s operating profit and competitive strength.

Results of the 2022 study (see chart, below) show some automakers did a better job than others of handling supply-chain shortages and production volatility, the transition to electrified vehicles, logistics hurdles and increasing raw materials costs.

Automakers pay close attention to the study because positive supplier relations benefit OEMs with better pricing, more investment in innovation and technology, more sharing of technology and better supplier support. All these factors contribute to the OEM’s operating profit and competitive strength. 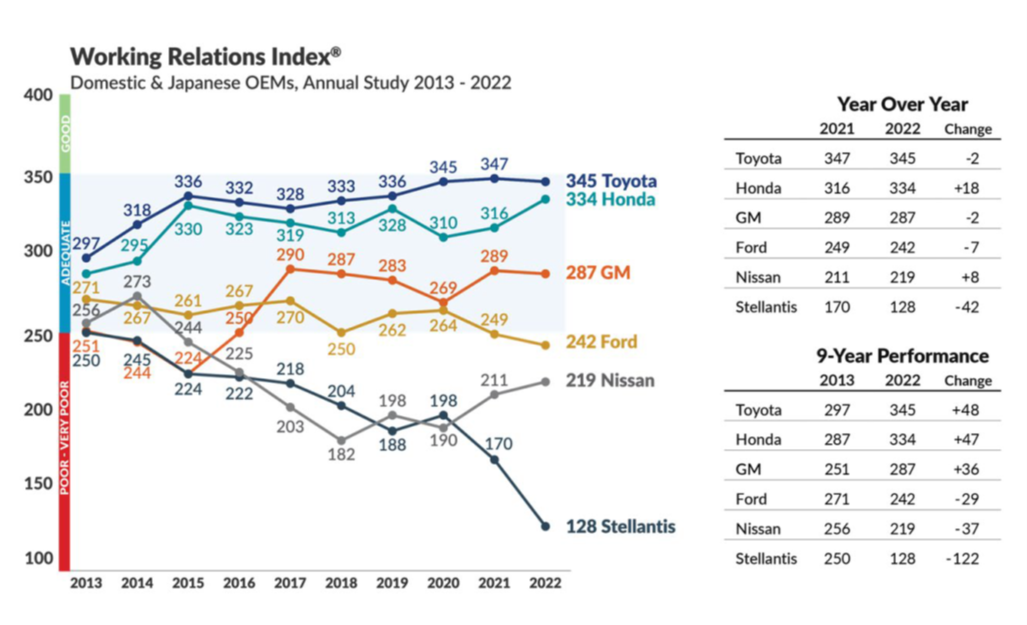 The 217-point gap between No.1 Toyota and No.6 Stellantis was the widest since 2008 when the same two automakers were separated by 206 points.

“The industry was hit with unprecedented challenges this past year that created tensions with suppliers that will only get worse if they’re not resolved,” says Dave Andrea, principal in Plante Moran’s Strategy and Automotive & Mobility Consulting Practice, which conducts the annual study.

“Combine the supply chain disruptions with the accelerating shift to EVs that will negatively impact many suppliers, and OEM supplier relations could become unnecessarily strained unless this transition is handled in an open and honest manner.”

The WRI was conducted from mid-February to mid-April, shortly after Stellantis issued revised terms and conditions for its suppliers. The automaker was in the process of merging Fiat Chrysler (FCA) and French manufacturer PSA and was receiving intense pushback from suppliers over terms including a requirement that they pass through any cost savings to Stellantis but not cost increases. Stellantis also was insisting on retaining the power to extend purchase orders unilaterally with no defined end dates.

The terms and conditions Stellantis eventually rescinded “basically codified mistrust,” Andrea says, adding the automaker’s poor WRI showing reflects the disruption of the merger. Stellantis earlier this month named a new chief global purchasing and supply-chain manager, and the automaker is making what Andrea calls a wise move by reinstating its FCA North America terms and conditions retroactive to Jan. 1, 2022.

The key to mutual success in OEM-supplier relations is trust, Andrea (pictured below, left) says, with trust based on setting realistic expectations, delivering on commitments and sharing information. 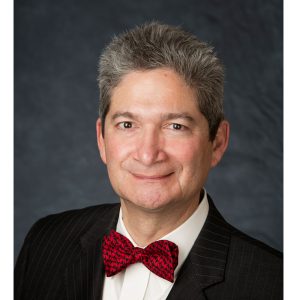 “Companies get out what they put in,” he says. “In the new world of scarce resources with numerous customer opportunities, the supplier has to ask himself: Who would I rather do business with – my customer of choice? And the answer comes down to three questions: Who do I trust? Where will I get the best return on investment? And what is the prospect for future business? And the OEMs are equally dependent on suppliers they can trust.

“The OEMs really need to focus on more transparency and better communication,” Andrea continues. “They need to better align purchasing, engineering and manufacturing to achieve the same goals – improved communication, efficiency and speed – in order to take cost and time out of the entire supply chain while helping suppliers achieve their cost and financial performance goals as well.

“These processes must become more agile and streamlined to benefit both the OEM and supplier. If done properly, it's win-win, and setting realistic goals, fulfilling commitments and sharing information openly and honestly doesn’t cost any money.”

The annual study tracks supplier perceptions of working relations with their automaker customers in which they rate them across eight major purchasing areas (see chart, below) broken down into 20 commodity areas. Results of the study are used to calculate the WRI which then can be used to calculate the economic value of working relations based on a proprietary economic model, Plante Moran says. 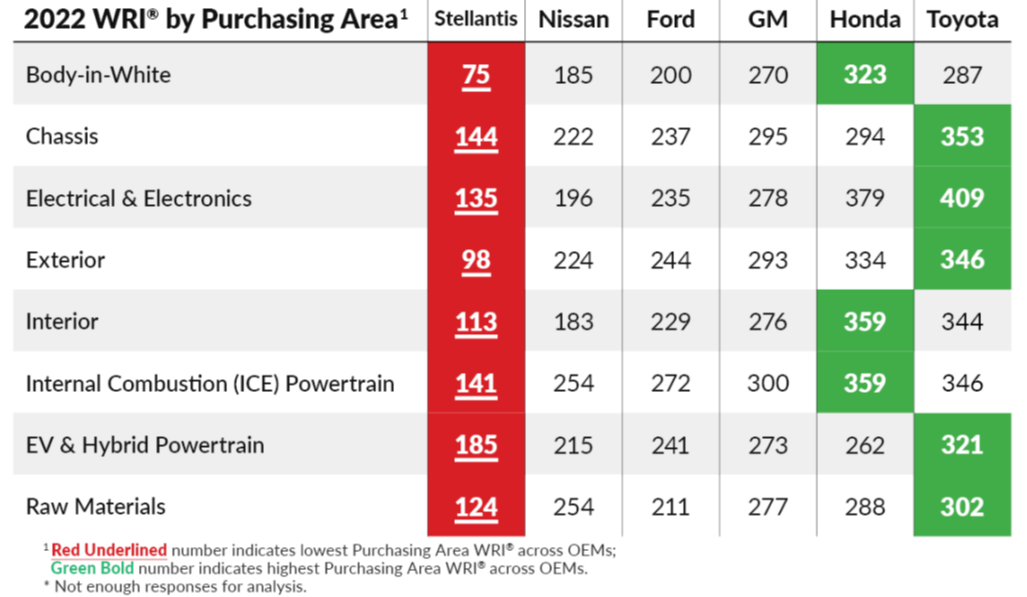