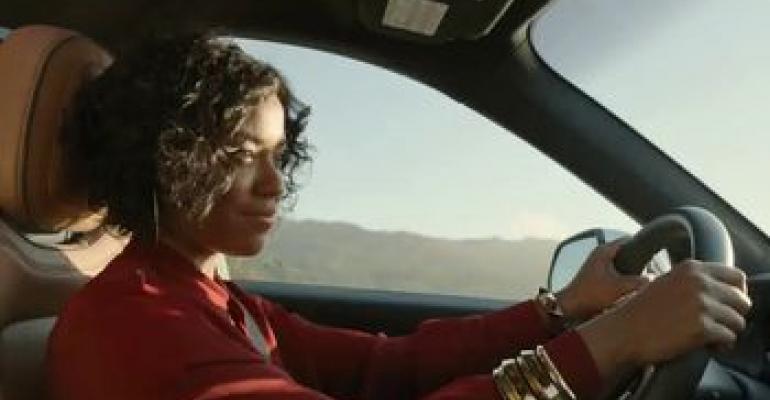 Lincoln’s “Where Does the Stress Go” stands out as the ad with the most financial backing at $3.2 million in estimated national spend. Most of that went to NFL programming on CBS, which delivered the second-highest number of views for the ad, after NBC’s Today.

Three new spots from Lincoln, Cadillac and Lexus make their debut on iSpot.tv’s most-seen automotive TV ads for the week of Sept. 13.

Lincoln’s “Where Does the Stress Go” bows at second and stands out as the ad with the most financial backing at $3.2 million in estimated national spend. Most of that went to NFL programming on CBS, which delivered the second-highest number of views for the ad, after NBC’s Today.

Cadillac’s “Flip the Script” appears at third. It tied with Jeep (see below) in estimated ad spend at $2.48 million. While college football collected about half the estimated budget for the ad when compared to NFL football, it delivered the most impressions.

Lexus’ “Brilliant” enters in fifth with the lowest estimated national ad spend in our ranking (about $600,000). Lexus focused on a wide-net approach, placing the ad against news and various syndicated programming, with news and sitcom reruns delivering the most impressions.

Meanwhile, Jeep sees no reason to change its message, with its “Wildly Civilized” ad again retaining the top spot as the week’s most-seen ad. In fact, Jeep has thrown even more support behind it, increasing its estimated national ad spend for the third week in a row. This week, the commercial’s national spend was an estimated $2.48 million – an increase over last week of nearly $700,000.

No one network or program collected the lion’s share of that figure, as Jeep spread its budget across major broadcast networks and shows alike, with a whopping 2,601 airings in total – 2 1/2 times that of the next-highest ad on the list.

“Wildly Civilized” continues to resonate with viewers, according to iSpot’s Ace Metrix survey data, scoring 7% above the industry norm for attention, 7.8% above for likeability and 7.5% above for desire.