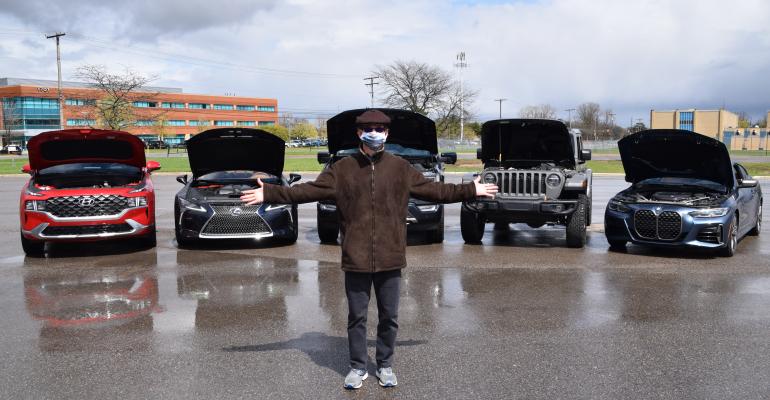 Thank You Wards For All the Memories

Change has been constant during my 25 years here, but Wards helped me conquer fears of heights, flying and public speaking. My only regret is getting a speeding ticket in a Toyota Prius in 2004.

Today is my last day at Wards – three months short of my 25-year anniversary. You might think, “Wow, long time.” Probably so by today’s standards, but the two guys who hired me (Dave Zoia and Drew Winter) are still at Wards.

Clearly, it’s a place for long-haul employment and I’m so grateful to have landed there after 10 years of newspaper reporting. I literally grew up at Wards, writing for the first time about cars and the people who make them.

Change during those 25 years has been constant, not only for the auto industry but also for publishing and the media business.

We used to have newsletters and magazines printed on paper and delivered by the U.S. Postal Service, then digital magazines, and then we focused our content on the WardsAuto and Wards Intelligence websites, delivering it with up to three newsletters a day, directly to our readers.

And we pivoted as an editorial team to write special reports and support a growing interest in conferences dedicated to all things automotive: sales trends, interiors, powertrains, electrification, the user experience, autonomous vehicles, connected vehicles. All that content was reinforced by the miles-deep data that Wards Intelligence has been gathering since 1924.

It’s been an honor to have spent so many years working beside (and then virtually for nearly two years) so many brilliant, hard-working people who I will always cherish as family.

We all cope with certain fears. Wards helped me overcome a fear of heights – having to report to work on the 27th floor of a Southfield high-rise, sitting next to a window where I could see the Pontiac Silverdome back when it was still there.

Wards quickly helped me overcome a fear of flying – having logged a million miles over the last 25 years and learning the importance of napping on just about every flight.

I was terrified of public speaking and standing in front of a crowd, but Wards helped me conquer that fear to the point that I now truly enjoy it. (Forming a rock band 21 years ago with other Detroit automotive journalists and PR writers – the Exhaust Tones – helped on that front, too.)

I’m proud of many accomplishments personally and by the staff at Wards, and top of the list is our Wards 10 Best competitions. It started with engines (later, propulsion systems), then interiors, then the user experience.

The process of test driving, scoring, documenting, sharing information, arguing, selecting the winners, then writing about them and producing videos took more than three months for every 10 Best competition.

I devoted thousands of hours to these events over the past 25 years without a minute of regret, because I firmly believe the Wards 10 Best competitions are the most important public-facing thing we do as an editorial team. (Actually, after test driving so many incredibly fast cars, I do regret getting a speeding ticket in a Toyota Prius on a Sunday morning in 2004.) 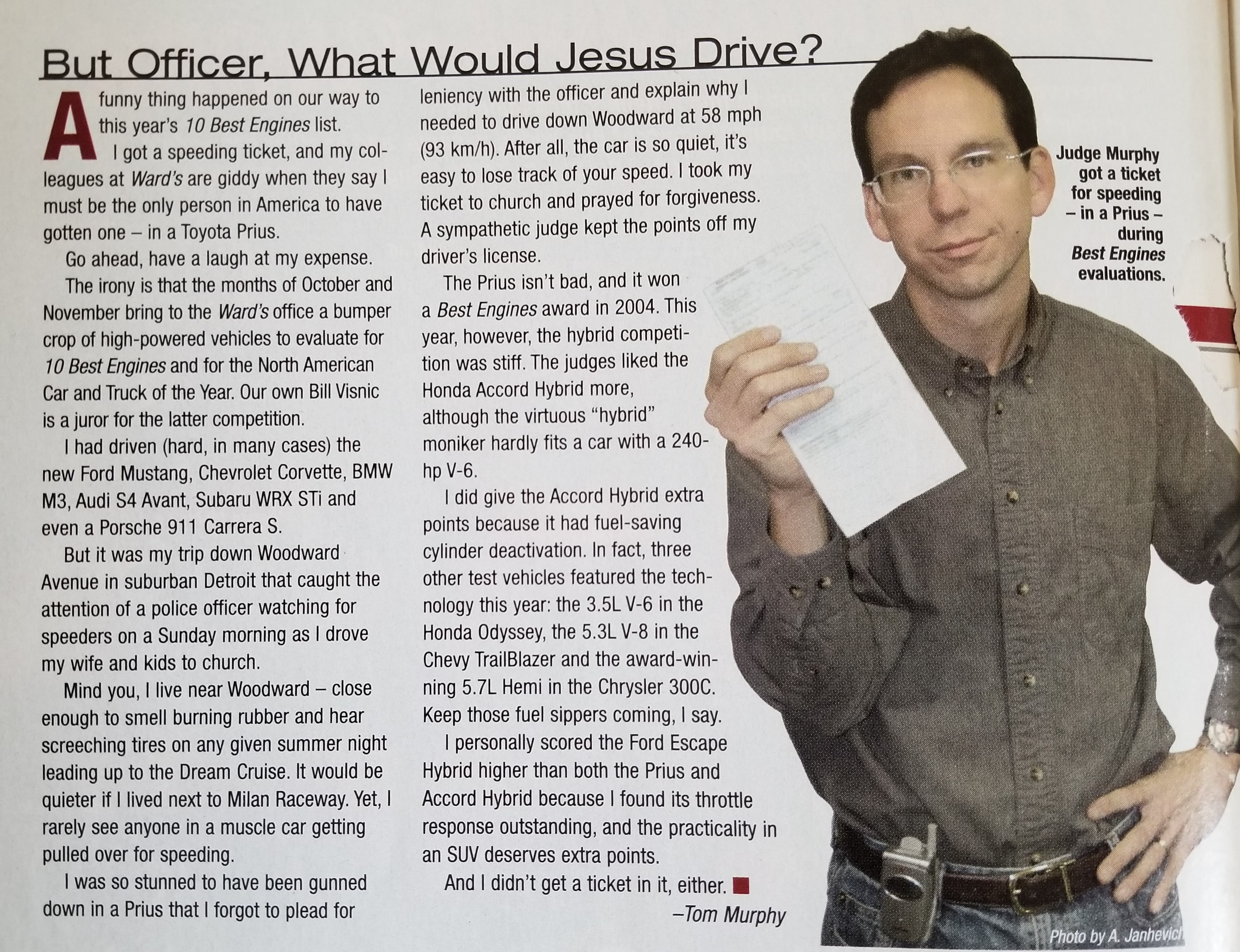 Murphy ticketed while speeding to church on a Sunday morning in a Prius, with wife and kids in the car.

The Wards 10 Best is a chance to recognize the work of designers and engineers who toil behind the scenes, while helping customers shopping for vehicles, weighing one against the other. And damn it’s been fun.

If our lives are organized in chapters, then one is certainly coming to a close for me, as my mother died five days ago at the age of 94 and as my time with Wards comes to an end.

My next chapter begins Jan. 31 when I start my new job as executive editor at an automotive enthusiast website.

It’s an exciting opportunity to transition from a publication focused on an industry audience to one that informs enthusiasts and shoppers about a market now in the grips of massive transformation.

Without my time at Wards, I certainly would not be prepared for the challenges ahead.