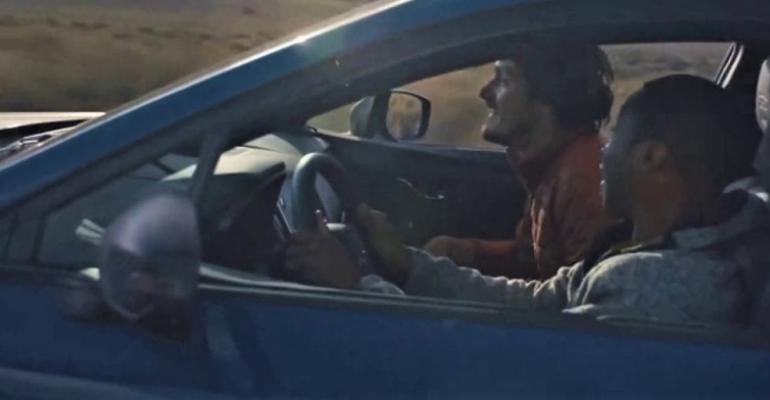 The “Go Further” spot from Subaru is one of only two ads in the top five for the week of Oct. 11 that didn’t rely on sports events to deliver viewer impressions.

Subaru moves up from No.3 to No.1 on iSpot.tv’s latest ranking of the most-viewed automotive commercials – the ads that have generated the highest number of impressions across national broadcast and cable TV airings.

The “Go Further” spot from Subaru is one of only two ads in the top five for the week of Oct. 11 that didn’t rely on sports events to deliver impressions. Subaru directed its budget toward traditional broadcast primetime and morning show fare, led by “The Equalizer,” “Good Morning America” and “Young Sheldon.”

The only other commercial on this week’s list to skip gameday advertising is from Nissan, which opted for broadcast network fare including “The Masked Singer,” “The Voice” and “The Tonight Show Starring Jimmy Fallon” to spread its “Hollywood Story” spot, featuring Brie Larson and Guns N’ Roses. The ad ranks fifth on this week’s list.

On the opposite end of the field is GMC, which blitzed the airwaves with an estimated national spend of over $2.5 million directed at NFL football, MLB baseball, college football and various pre- and post-game programs. That effort netted it the fourth-most impressions on the list.

Looking across all the ads on this week’s list, impressions gained from non-sports TV series and news shows consistently delivered seven-digit impression numbers, while sporting events generated tallies in the high eight digits.

In terms of creative, Nissan’s “Get Ready” takes the fan-favorite trophy, according to iSpot’s Ace Metrix survey data. It scored the highest in Ace’s Likeability (6% above the industry norm) and Desire (3% above the norm) categories.