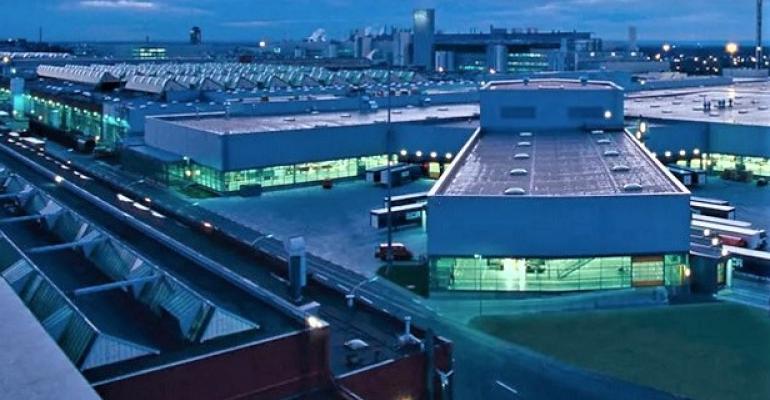 Stellantis and Vulcan Energy Resources say they will aim to produce clean electricity and supply it to the grid for both internal and external consumption, while also producing heat for use at Stellantis’ Rüsselsheim manufacturing site.

Stellantis is trying to play catch-up with Volkswagen’s drive toward zero-carbon vehicle production in Germany with plans to green its Rüsselsheim plant.

The automaker signs a binding agreement with Vulcan Energy Resources for the first phase of a multiphase project to develop new geothermal projects aimed at decarbonizing the factory that is home to both the DS4 and Opel Astra.

Based upon current estimates, the project could provide a significant portion of the industrial site’s annual energy needs starting in 2025.

In March 2022, Volkswagen committed to construct a $2.24 billion factory to build its first net-carbon-neutral vehicle. Its proposed electric Trinity concept model is to be assembled at the new factory close to VW’s main plant in Wolfsburg, although reports suggest VW may delay the project, which was to take building and environmental law into account to meet high environmental standards.

The first phase of the Rüsselsheim project, located at the northernmost extent of Vulcan’s focus area in the Upper Rhine Valley, will include a pre-feasibility study for the construction of geothermal assets for Stellantis’ facility, carried out by Vulcan. If successful, the next phase will focus on drilling and more advanced studies and development.

Both companies say they will aim to produce clean electricity and supply it to the grid for both internal and external consumption, in accordance with Germany’s Renewable Energy Act, while also producing heat to be transferred to Stellantis’ manufacturing site.

Stellantis says it is committed to becoming the industry leader in climate change mitigation, becoming carbon-net-zero by 2038, with a 50% reduction by 2030. The agreement with Vulcan Energy marks Stellantis’ first potential use of renewable geothermal energy to decarbonize and localize its energy supply at an industrial site.

Says Stellantis CEO Carlos Tavares: “This partnership with Vulcan reinforces our commitment to promoting greater clean energy solutions across our enterprise. It is one of many actions we’ve taken to drive results, impact and sustainability in alignment with our Dare Forward 2030 strategic plan.”