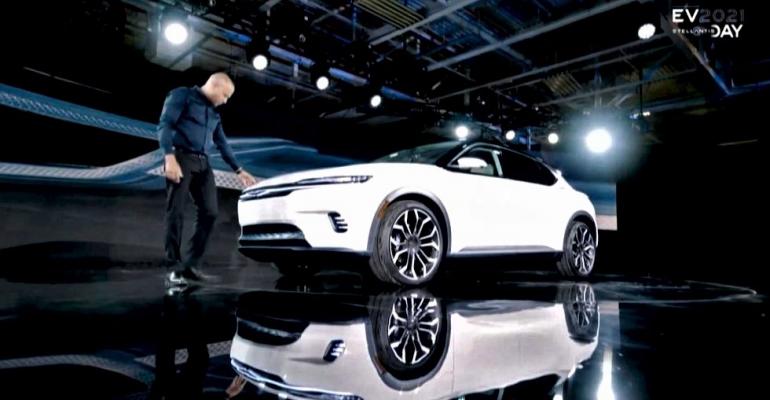 Ontario Premier Doug Ford notes the Windsor battery plant will have close supply-chain links with Northern Ontario producers of battery materials such as lithium and nickel.

The automaker also says it is boosting its European battery-production capabilities with a plan to transform its engine plant in Termoli, Italy.

The Windsor plant will be the first of its kind in Ontario and should open in 2024, employing an estimated 2,500 people. It will have annual battery production capacity of 45 GWh and will supply Stellantis plants in North America.

Stellantis CEO Carlos Tavares (pictured, below left) says the plant is part of the automaker’s “aggressive electrification roadmap in the region aimed at hitting 50% of battery-electric-vehicle sales in the U.S. and Canada by the end of the decade.”

The project has received provincial financial support, but Vic Fedeli, Ontario minister of economic development, job creation and trade, tells Wards: “We need to ensure our negotiating position is protected for future investments we compete for, so we are not disclosing Ontario’s funding amount at this time.” 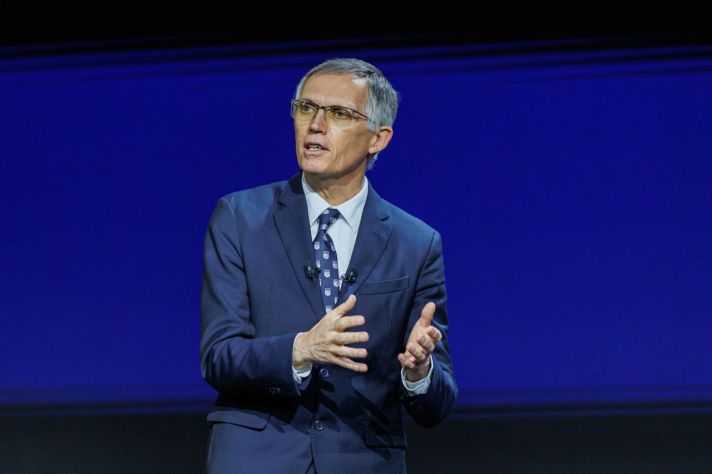 However, Fedeli argues the proactive reduction in taxation, bureaucracy and administrative charges by Ontario’s conservative government had helped secure the deal.

The project also will be supported by Canada’s federal government, with Prime Minister Justin Trudeau releasing a statement saying, “Partnerships like these are critical to creating new jobs and putting Canada on the cutting edge of the clean economy.”

As for the amount of federal support, a government official says the government is “finalizing our discussion” with the companies.

A key benefit of the project is that it boosts the vertical integration of the Ontario auto-sector supply chain, Fedeli says. Ontario Premier Doug Ford notes the plant will have close supply-chain links with Northern Ontario producers of battery materials such as lithium and nickel.

Those resources are an important part of the project, says LG Energy Solution (LGES) CEO Youngsoo Kwon. He says creating a joint battery-manufacturing plant in Canada will position the company as “a critical player in setting up a battery value chain” in North America with LGES offering “collective, unique technical skills and mass-producing capabilities.”

Adds Fedeli, “From the critical minerals in Ontario’s north to now, our first major battery plant, we have all of the components in Ontario to create the EV cars of the future.”

Commenting, David Adams, CEO and president of Global Automakers of Canada, tells Wards: “This announcement is significant in that it represents the first large battery-plant announcement for Ontario. This investment bodes well for EV production not only in Southwestern Ontario, but also in the U.S. Midwest, underscoring the integrated nature of the North American auto industry.”

In Italy, Stellantis will convert its engine plant on the southern Adriatic coast (pictured, below) into a new battery facility. Its scheme involves Automotive Cells Co. (ACC), an entity it formed in 2020 in partnership with TotalEnergies/Saft and is now adding Mercedes-Benz as an equal partner,

The partners have committed to increase ACC’s industrial capacity to at least 120 GWh by 2030 and to scale up development and production of next-generation high-performance battery cells and modules.

As part of the Dare Forward 2030 strategic plan, Stellantis is targeting global annual battery-electric-vehicle sales of 5 million vehicles by 2030, reaching 100% of passenger-car BEV sales mix in Europe and 50% cars and light trucks in the U.S. Stellantis also plans to increase battery capacity by 140 GWh to approximately 400 GWh, to be supported by five gigafactories together with additional supply contracts.

Tavares says in a statement, “Transforming the existing (Termoli) plant to help support a more sustainable future positions ACC as the European leader in battery manufacturing and reaffirms, thanks to the collaboration with the Ministry of Economic Development, Italy’s role in supporting Stellantis’ transformation to a sustainable mobility tech company.” 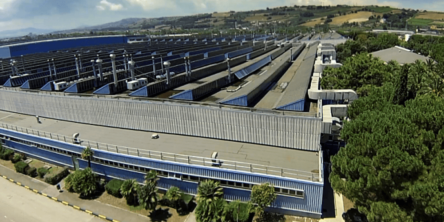