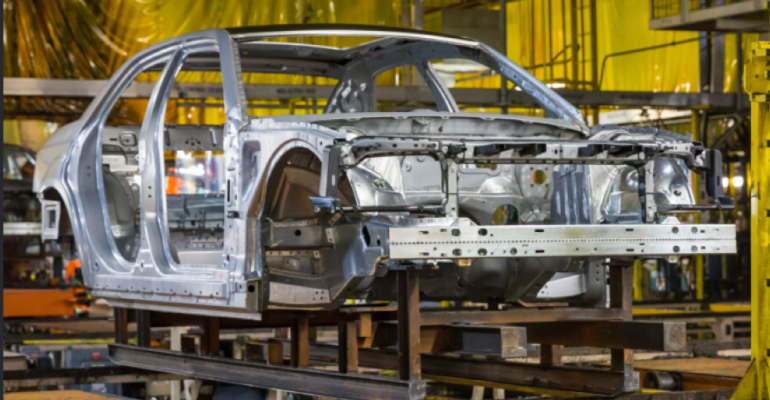 Stellantis’ $2.8 billion investment, which includes $810 million in government support, will ensure continued operation of both the Windsor and Brampton, ON, assembly plants and will expand the EV-centered Automotive Research and Development Center in Windsor.

Making further investments in electrification in Canada, Stellantis says it will spend $2.8 billion to retool the automaker’s assembly plant in Brampton, ON, and expand an EV-centered Automotive Research and Development Center in Windsor, ON.

The investments, which include more than $800 million in support from the Canadian federal and Ontario provincial governments, comes on the heels of Stellantis’ announcement of a $4.1 billion partnership with LG Energy Solution for a new battery plant to be constructed in Windsor.

“Today’s deal on made-in-Canada electric vehicles is yet another investment in our workers and in our future,” says Prime Minister Justin Trudeau (pictured, below). “We are building a world-class Canadian auto industry, an innovative economy and a clean, strong future for everyone. This is what a healthy environment and a healthy economy looks like.” 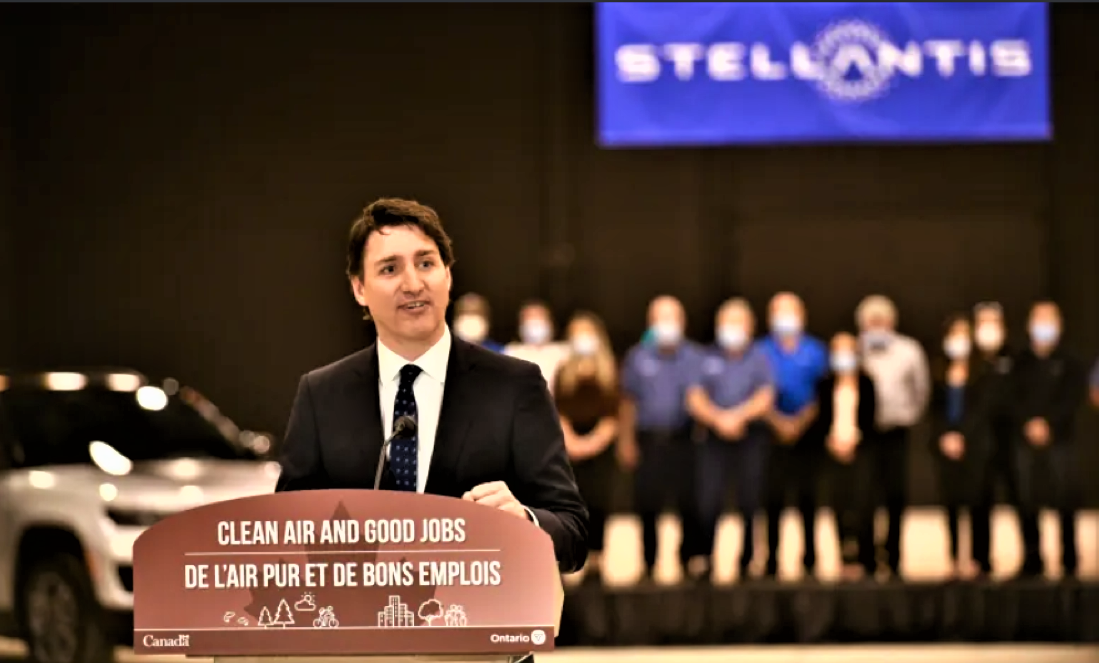 General Motors, meanwhile, is retooling the CAMI assembly plant in Ingersoll, ON, to build battery-electric commercial vehicles for its Bright Drop initiative.

Stellantis’ $2.8 billion investment is designed to prepare the company’s Canadian operations for an electric future, according to Mark Stewart, chief operating officer for Stellantis North America. It will ensure continued operation of both the Windsor and Brampton assembly plants and will expand the ARDC in Windsor, where the company plans to add 650 engineering jobs.

“These investments reaffirm our long-term commitment to Canada and represent an important step as we move toward zero-emission vehicles that deliver on our customers’ desire for innovative, clean, safe and affordable mobility,” Stewart says during an event in Windsor, where he highlights the company’s plan to invest $35 billion through 2025 in electrification and software globally.

The announcement increases Stellantis’ overall investment in Ontario to $6.7 billion when combined with the Stellantis-LG Energy Solution joint venture battery plant, which will create 2,500 new jobs. It also doubles the investment commitment of $1.2 billion made during 2020 contract talks with Unifor, the union representing Canada’s auto workers.

The 36-year-old Brampton Assembly Plant, which currently builds the Chrysler 300, Dodge Charger and Dodge Challenger, will be retooled and fully modernized beginning in 2024. When production resumes in 2025, the plant will introduce an all-new, flexible architecture to support the company’s electrification plans. Stellantis says at least one new EV will be built at the plant outside Toronto.

As part of the venture, the Windsor Assembly Plant will be transformed to support production of a new multi-energy vehicle architecture that will provide battery-electric capability for multiple models. The plant, which builds the Chrysler Pacifica and Grand Caravan/Voyager, will have maximum flexibility to adjust production volumes as needed to meet changing market demand over the next decade. Retooling is expected to begin in 2023.

When it opens, the battery plant will have an annual production capacity of more than 45 GWh and will create, with spinoffs, an estimated 2,500 jobs.