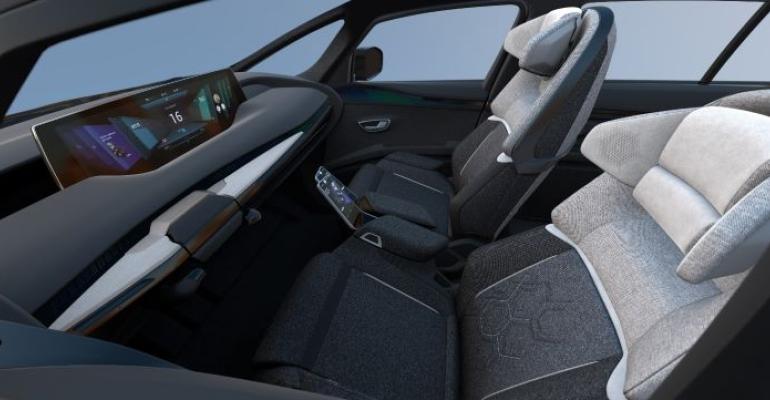 Are we forgoing better safety features because we worry about sensor technology’s flaws? Are new developments and application fields being overlooked due to worries about liability?

Sensor technology in automobiles is becoming more advanced and accessible. Basic human interfaces are provided by sensors, which, when integrated with machine learning (ML), increase the awareness of systems or devices concerning what people are currently doing, intending to do or have previously done. However, the usage and development of sensors may be constrained by potential social worries about liability and privacy.

Are we skipping out on better safety features because we worry about their flaws? Are new developments and application fields being overlooked due to worries about liability? Leaving this aside, what additional features and functions would the car have, and what would it take to make those features a reality?

Modern smartphones illustrate how the creative application of sensor technologies has revolutionized our lives. The moment we pick up the gadget, the screen “magically” turns on. It isn’t magic; inside there is a gyroscope and accelerometer, and the combined information instructs the device to pre-heat from sleep mode – turning on the processor, screen and radio by the time we glance at it. Alternatively, the gathered sensor data can determine it was placed in a pocket and save power by staying in low-power sleep mode.

Until recently, safety concerns outside of the car have been the primary motivators for using sensors. However, the vehicle is increasingly becoming one of those devices where sensors improve usability, much like smartphones.

Let’s examine a few of the possible usage scenarios:

To enable airbags to modify settings appropriately, pressure sensors can be added, primarily in the front seat cushions, to determine the size and weight of the occupant. For instance, the airbag will deploy with a different force if the occupant is smaller and lighter than it would if the occupant were larger. Additionally, the system won’t deploy if there isn’t a passenger in the front seat. If the car isn’t a total loss following an accident, this prevents the need for a costly and pointless repair.

These days, many automakers install driver monitoring systems (DMS) using cameras trained on the driver’s face. The technology can be used for purposes other than enhancing driver alertness. The DMS also can identify the driver using face recognition, which enables the vehicle to immediately restore their preferences and settings, including seat position and radio station.

Using a Time of Flight (ToF) sensor in conjunction with a microphone, a pressure sensor in the back seat cushion and an in-cabin temperature sensor, we can identify whether the object in the backseat of a parked car is likely to be a child or pet and take appropriate action. Any one of those sensors could produce a false positive. However, we can be far more certain about the situation and decide on the best course of action when we combine the sensor inputs.

Some vehicles can now communicate an alert to the driver’s smartphone app. The system may roll down the windows or sound the horn if the motorist doesn’t react, hopefully catching someone else’s attention.

We wouldn’t want the windows to open up unnecessarily or for the occupancy detection system to malfunction in other ways, so sensor fusion naturally increases confidence in the action we take and prevents false positives or negatives. There are growing liability worries regarding these safety features that aren’t 100% effective because of this uncertainty, however slight.

Cameras trained on passengers would be an effective technique to determine whether a child or dog is trapped in a parked car – after all, DMS cameras are already in use. However, because of the current legal, ethical and societal constraints, this technology can’t be used due to privacy concerns. Malicious hacking is a part of that worry. Questions of concern include: Will someone be able to use a feature that shouldn’t be activated? Can anyone view a child’s image that was captured by the camera?

To alleviate these concerns, the automotive industry must work with regulators, insurance companies, law firms and citizen groups. But can they all come to an understanding of what is trustworthy in terms of safety statistics and system security, sufficient in terms of effectiveness, and respectful enough of privacy concerns?