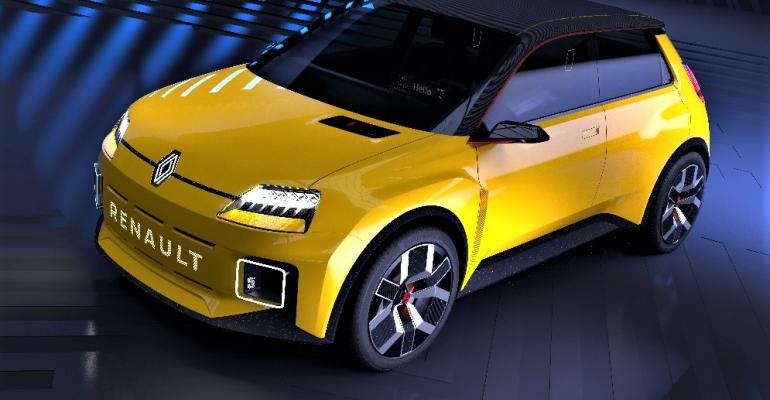 The strategy spelled out by CEO Luca de Meo also commits the group’s brands to a shift away from traditional manufacturing and toward becoming a service provider in the areas of energy, technology/data and mobility.

Renault Group commits to a strategy abandoning a past emphasis on market share to refocus on margins of profitability.

The automaker exemplifies this change of direction through the unveiling of its new Renault 5 battery-electric vehicle, seen as leading Renault’s strategy to produce all-electric vehicles with twice the profitability of its existing internal-combustion products.

The strategy spelled out this week by CEO Luca de Meo also commits the group’s brands to a shift away from traditional manufacturing and toward becoming a service provider in the areas of energy, technology/data and mobility.

Illustrating Renault’s new approach is its Zoe 1 Million Kilometer project which envisages a vehicle being remanufactured twice through its potential lifecycle while constantly being upgraded in terms of technology.

The “Renaulution” plan will come in three phases:

In a frank assessment of the group’s past failings, de Meo (below, left) says the focus on market share had been a major error.

“The focus on volume may have been the right one five or ten years ago but, in the recent past, it has clearly failed, otherwise we would not be in the situation we are in today,” he says. “It is like a car growing in size and weight and becoming too heavy for the size of the engine.”

He points out the blinkered approach to volume saw Renault embark on a strategy to reach global production targets of 5 million units a year. Yet, by 2019, it had only achieved output of 3.6 million.

“Our breakeven point finished 15 points above where it should have been – all of this before COVID. So, we grew bigger but not better. We also grew wider, worldwide, but still not better. We targeted volume pools, not profit pools.” 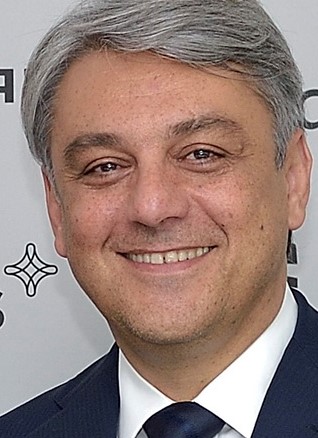 Some of this will be achieved with the help of its Alliance partners Nissan and Mitsubishi, with de Meo saying rationalization of vehicle platforms will see the automaker expecting to create 80% of its passenger vehicles on just three common platforms able to handle a variety of powertrains.

At the same time, the current eight families of powertrains will be shrunk to just four. These measures are hoped to see the turnaround of new models from concept to production line reduced from four years to less than three.

With the expectation of lower sales driven by the sharing economy, Renault has established a new mobility organization, Mobilize, which will encompass all of its brands including Dacia, Lada and Alpine.

Its aims are developing new profit pools from data, mobility and energy-related services with a goal of generating more than 20% of group revenues by 2030.

Part of the plan involves the creation of four purpose-built vehicles: two for car-sharing, one for ride-hailing and one for last-mile delivery.

Other responsibilities of the unit will include finance plans, such as subscription, leasing, pay-as-you-go, dedicated data, services and software, plus maintenance and refurbishment services including the Zoe remanufacturing project.

“We see this as an integration that turns us much more into a tech company than we have been over the last few years,” de Meo says. “We have unique assets to make the shared mobility business that is not diluting the brands.”