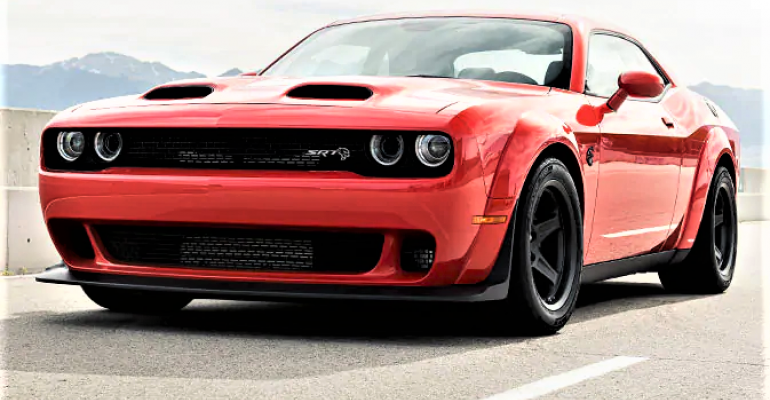 “It used to be all premium vehicles were at the top and all mass-market ones were at the bottom,” says J.D. Power’s David Amodeo.

Mass-market vehicles continue to close the gap in an annual J.D. Power survey of how appealing automotive buyers find their purchases.

In the latest index, premium vehicles collectively averaged 864 (out of a possible 1,000 points) compared with 845 for mass-market vehicles. That 19-point difference is in contrast to a 67-point gap in 2007.

“It used to be all premium vehicles were at the top and all mass-market ones were at the bottom,” David Amodeo, J.D. Power’s director-automotive quality, says during an online briefing on the company’s latest U.S. Automotive Performance, Execution and Layout (APEAL) Study.

In the premium segment, Porsche kept its No.1 spot with 882 (the same number of points Dodge earned in the owner survey), followed by Genesis and Land Rover (each with 879) and Lincoln (876).

(Full rankings in both segments appear in charts below the story.)

Amodeo says he can foresee a day when mass-market vehicles overtake their premium counterparts in the APEAL study that this year received 110,827 responses from people who bought or leased new vehicles between February and July.

“Personally, I would not be surprised if that happened,” he says of a mass-market/premium flip in overall rankings.

The gap is narrowing in part because “a lot of content found in premium vehicles has trickled down to the mass market,” Amodeo says. He cites improved interior materials and the fact that LED lighting – once only found in upmarket vehicles – now is on some entry-level models.

“It’s not that premium vehicles were bad,” he says of the latest study. “It’s just that mass market is getting better.”

An irony of this year’s survey is that while Dodge tops the mass-market category, its Stellantis stablemate Chrysler is at the bottom. How is that possible?

“Dodge is a very focused brand,” Amodeo says. Its lineup is limited but includes two muscle cars, the Challenger and Charger, as well as performance versions of both such as the Challenger Hellcat and R/T Scat Pack.

“One of the biggest factors driving the industry’s improvement this year is the introduction of several highly appealing new models,” Amodeo says.

For examples, new launches include the redesigned Nissan Rogue, introduction of the Ford Mustang Mach-E BEV and return of the Land Rover Defender.

“The APEAL Study measures owners’ emotional attachment to their new vehicle, and the product launches that took place this model year have done a really good job,” he says. “Some are all-new and some are redesigns, but the new launches demonstrate that automakers are getting even better at hitting buyers’ emotional triggers.”

Other survey highlights include: 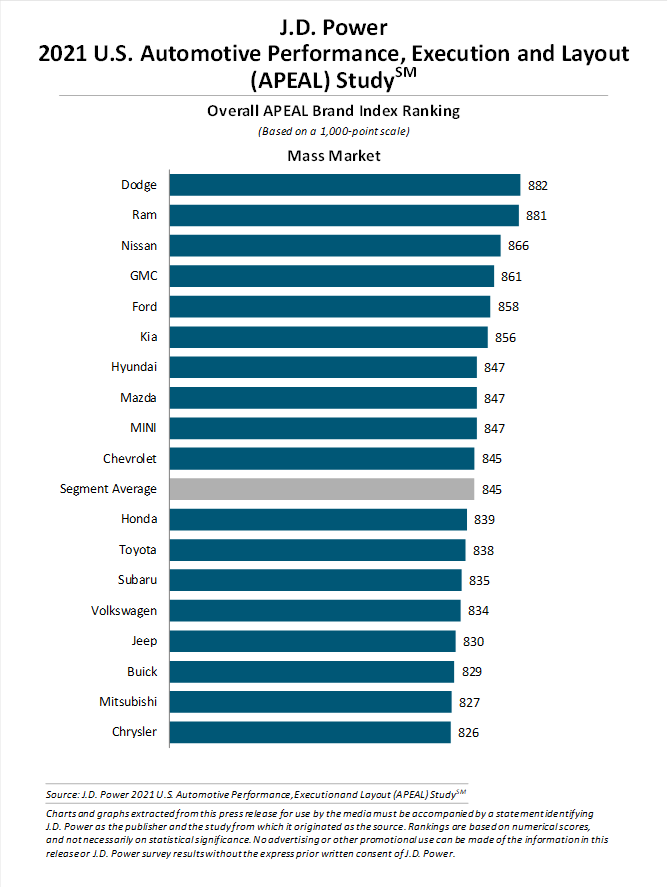 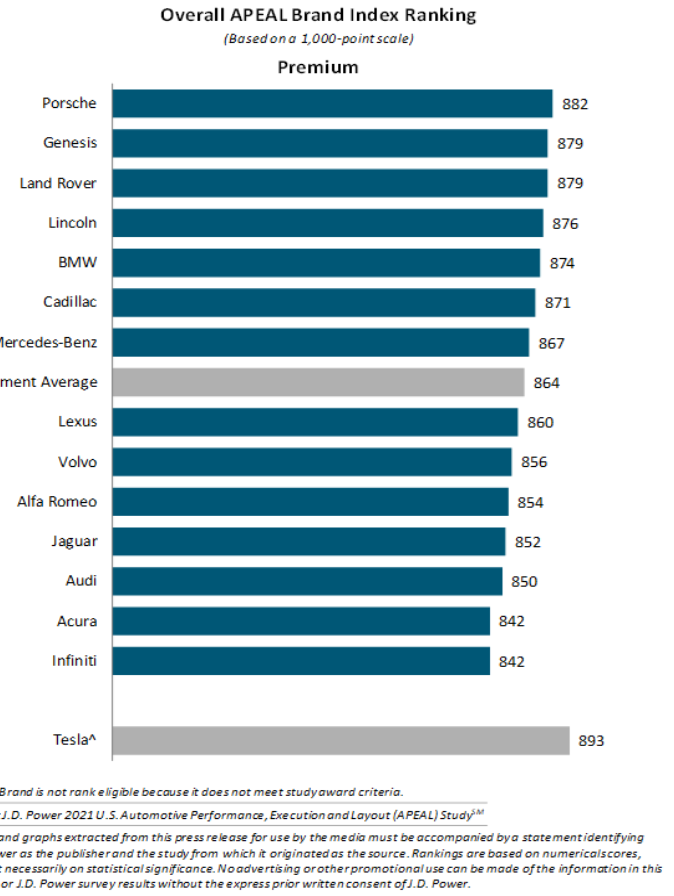