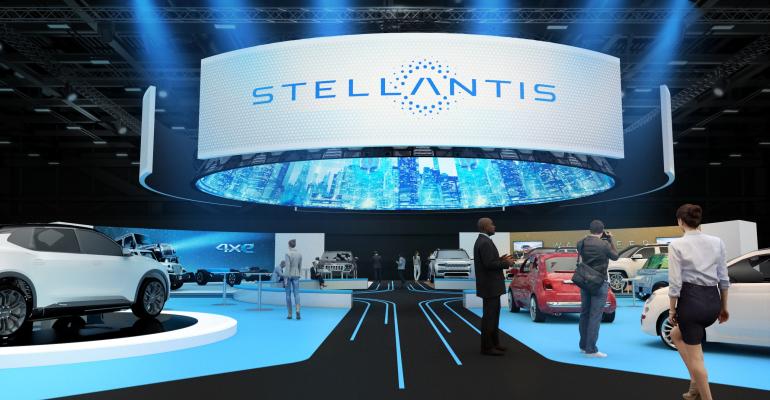 Stellantis has a strong presence in the U.S. through its legacy brands Chrysler, Dodge, Jeep and Ram. Given the company’s relative strength in the U.S. market, CEO Carlos Tavares sees no need to add Peugeot to the mix.

Stellantis expects to suspend its plans to bring the Peugeot brand back to the U.S., Stellantis CEO Carlos Tavares says.

Back in 2016, French automaker PSA Group said it planned to bring Peugeot back to the U.S. after an absence of four decades.

But the announcement was made before PSA Group had contemplated merging with Fiat Chrysler to form Stellantis, Tavares (pictured, below left) tells reporters during a virtual roundtable discussion, but strategic considerations have changed with the completion of the merger in January 2021.

Stellantis has a strong presence in the U.S. through its legacy brands Chrysler, Dodge, Jeep and Ram. Given the company’s relative strength in the U.S. market, Tavares sees no need to add Peugeot to the mix. “This is not something we want to prioritize,” he says.

Stellantis plans to bolster both the Dodge and Chrysler brands. 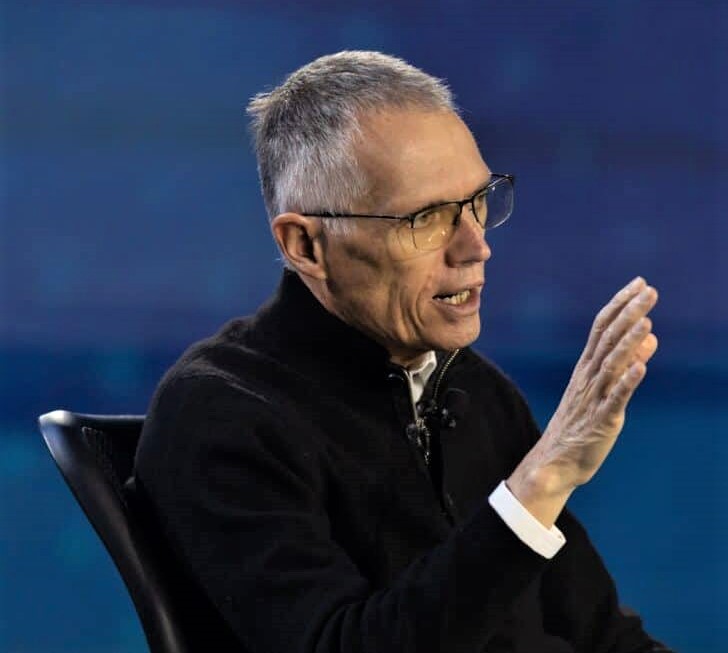 Dodge has carved out a niche and Stellantis plans to build on its reputation as a performance brand while adding electrified vehicles that can offer the high-end torque, driving dynamics and power enthusiasts desire, Tavares says. Stellantis already has proved with its brands in Europe it can build performance cars with a small carbon footprint, he adds.

At the same time, Tavares considers Chrysler, which has survived and thrived under different owners, to be one of the company’s three main pillars.

In the past, Chrysler has been considered the company American consumers turned to when they wanted the latest and best in automotive technology, he says. While plans are not final, Tavares says Chrysler may once again be molded as a destination brand for consumers shopping for the best technology.

Tavares also stresses that, while Stellantis will add battery-electric and electrified models across its 14 brands, it does not plan to set a deadline for phasing out internal-combustion engines. “I think we have to be a little bit humble. We have to do what makes our customers happy,” the CEO says.

Stellantis plans to construct vertically integrated organizations to develop the software and build the batteries it needs to compete in the future, Tavares says.

At the same time, though, the automaker is willing to work closely with partners such as Amazon and Foxconn, the Taiwanese company that makes the iPhone for Apple, he says.

Foxconn is helping Stellantis create the semiconductors used in the vehicle interiors in which Stellantis will deploy new software in coming years and for its subscription-type services, which are expected to generate significant revenues over the next decade, according to Tavares.

“Foxconn will create four new families of chips that will cover over 80% of our semiconductor needs, helping to significantly modernize our components, reduce complexity and simplify the supply chain,” he says. “This will also boost our ability to innovate faster and build products and services at a rapid pace.”

Stellantis and Amazon will collaborate to apply Amazon’s technology and software expertise across the Stellantis organization, including vehicle development, designing connected in-vehicle experiences and training the next generation of automotive software engineers.

“Working together with Amazon is an integral part of our capability-building roadmap, based on both developing internal competencies and decisive collaborations with tech leaders, and it will bring significant expertise to one of our key technology platforms, STLA SmartCockpit,” he says.

STLA Brain refers to three software platforms created by the automaker, to be ready by 2024 and include connectivity and over-the-area updates, consumer experience and autonomous driving.

“By leveraging artificial intelligence and cloud solutions, we will transform our vehicles into personalized living spaces and enhance the overall customer experience, making our vehicles the most wanted, most captivating place to be, even when not driving.”

Tavares says the industry is undergoing significant change and upheaval. “It is very exciting to see. We are moving much faster than we have in the past,” says Tavares.