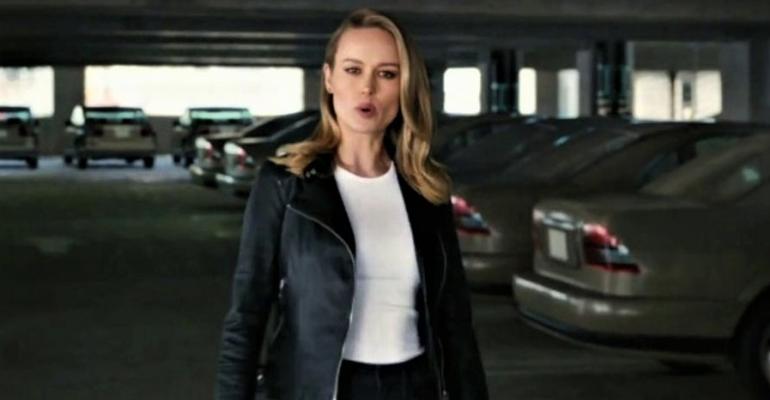 The No.1 ad for the week of April 26 is an upbeat commercial starring actress Brie Larson. She professes that driving used to be fun and “an act of inspiration,” and Nissan wants to bring that feeling back with a wide array of models suited for all terrains and drivers.

For the second straight week, Nissan takes first place in iSpot.tv’s ranking of the most-viewed automotive commercials – the ads that have generated the highest number of impressions across national broadcast and cable TV airings.

The No.1 ad for the week of April 26 is an upbeat commercial starring actress Brie Larson. She professes that driving used to be fun and “an act of inspiration,” and Nissan wants to bring that feeling back with a wide array of models suited for all terrains and drivers.

According to an iSpot Ace Metrix survey, viewers thought this ad was “cinematic” and “exciting,” and 32% considered the visual scenes the single best thing about it.

Subaru owns both second and third place on the ranking. The No.2 ad stars a familiar furry family, the Barkleys, cruising down the highway in their Forester. When they encounter a big truck that’s also being driven by a dog, the Barkley puppy in the Forester’s back seat makes eye contact with the canine truck driver and adorably signals for him to honk.

Per Ace Metrix, this commercial scored above the automotive average for various aspects including attention, likability and watchability. Viewers considered it “cute” and “ingenious,” with 44% citing the characters as the single best thing.

In Subaru’s third-place ad, a closed road doesn’t deter a brother and sister driving to a wedding in a Crosstrek. And, despite the mud on the alternate route, they choose to stop to rescue a drenched cat, much to the appreciation of its owner, who happens to be at the wedding. This spot scored above average for the auto industry for likability and relevance, according to Ace Metrix.

The final two spots come from Jeep: In fourth place, the brand reminds viewers there is no such thing as too many adventures, and says its models are built to last through them all. Right now, customers can get three years of no-cost maintenance on all ’21 vehicles.

5. Jeep: Only Things That Matter

Jeep’s fifth-place ad puts a spotlight on the ’21 Cherokee, showing its dependability during some key moments, big and small, in the lives of its owners. Right now, customers can get zero-percent financing for 72 months on select models.