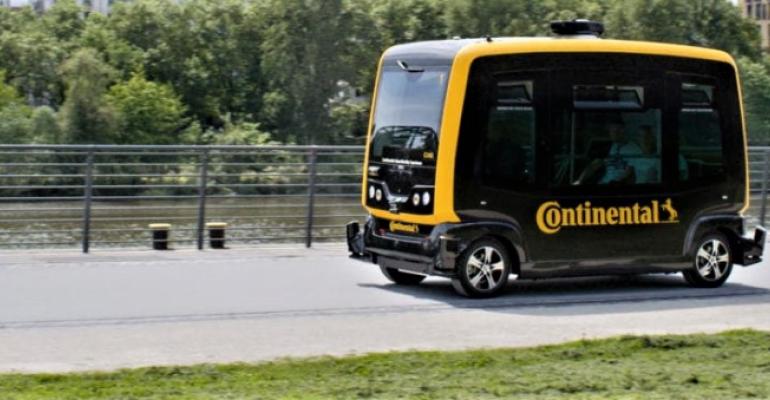 The joint venture’s Brake-to-Steer technology adds another layer of safety by using the electronic brake system to safely steer the vehicle while simultaneously controlling its speed.

Two major automotive suppliers, Nexteer and Continental, are concentrating their expertise to enhance the steering and braking systems required for automated and autonomous vehicles.

The joint venture, called CNXMotion, will use technology from both companies to deliver electronic braking that can operate as an additional layer of steering control for traditional, highly automated and autonomous vehicles from automation levels one through five as defined by the NHTSA, according to executives from both companies, who also describe it as cost-effective.

Brake-to-Steer adds another layer (infographic, below) by using the electronic brake system to safely steer the vehicle while simultaneously controlling its speed. In a fully autonomous vehicle with no steering wheel present, the system will negotiate a commanded path until a safe pull-over can be achieved, experts from both companies say.

The Brake-to-Steer function sits inside the Motion Control System, which acts as an intermediary between the vehicle’s path planner – the automated driving system – and the active systems such as steering, brakes and the vehicle’s powertrain to determine the best path forward.

Integrated with a Performance Manager, the vehicle’s intended path is compared to the system’s ability to steer the vehicle, while aiming for the safest route ahead.

The system has three basic options, including continuing on the intended path or performing a minimum-risk maneuver, such as slowing or braking to steer the vehicle to the side of the road. The third option is simply stopping in the lane in which the vehicles is traveling. 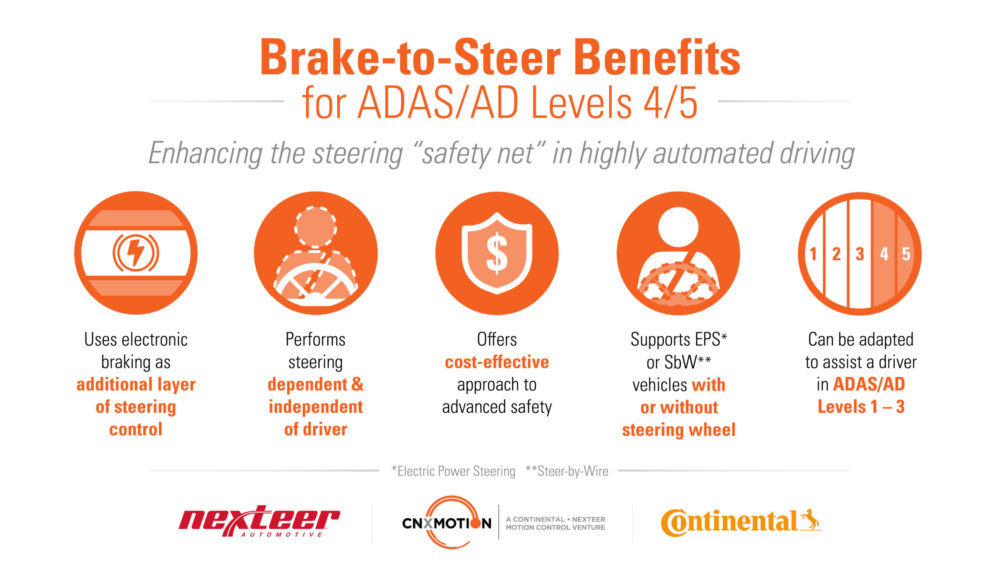 While the system originally was developed for steering redundancy in Level 4+ autonomy, the feature can be adapted to assist a driver in multiple scenarios for lower levels found in driver-assistance features such as lane keeping or obstacle avoidance while a driver is still present and controlling the vehicle.

CNXMotion was established as a joint venture between Continental and Nexteer Automotive in 2017 to innovate motion control solutions for advanced applications and other R&D for the parent companies. It now employs about 30 people in its state-of-the-art facility located in Grand Blanc, MI.

Nexteer and Continental hold a 50-50 stake in the joint venture. Besides R&D, CNXMotion focuses on rapid evaluation, design and prototyping.