“No OEM wants people dying or being hurt in their vehicles,” says Stout’s Raymond Roth. “But by and large, OEMs have not been self-escalating recall campaigns.”

It flies in the face of brand loyalty when an automaker incorrectly installs its logo in the middle of a steering wheel and that part breaks off, smacking the driver in the head.

It’s one for the vehicle recall books, which are getting thicker these days, although a new trend points to more recalls but involving fewer vehicles than previous years.

That is according to Stout, a financial advisory and automotive-services firm that tracks recall activity, including the percentage of vehicle owners who act upon receiving a recall notice.

Recollecting the case of the unintentional flying logo is Raymond Roth, a Stout director, during the Society of Automotive Analysts’ online Ninth Annual State of Automotive Recalls Summit.

“The emblem was not secured properly, so when the airbag deployed, it sent the emblem at the driver’s forehead,” says Roth (pictured, below left), who heads Stout’s Disputes, Compliance & Investigations Group. 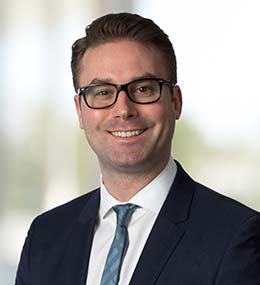 In citing various recall data, Stout excludes the massive Takata recall. That still-open campaign is going on eight years now. Its bitter irony is that airbags are supposed to protect vehicle occupants, not kill them.

The Takata debacle and a string of other recalls show how complicated airbag systems remain, 49 years after their debut.  (General Motors first introduced them on its 1973 Oldsmobile Toronado.)

“It was an interesting year,” Neil Steinkamp, Stout’s managing director, says of the 2021 paradox of more recalls but fewer affected vehicles. “It seems like a trend going forward.”

In contrast, the year 2000 had 202 recall campaigns (about half that of last year) but affecting more vehicles (22 million).

About 10 million (nearly half) of 2021’s recalls involved faulty or potentially faulty airbag systems. “Airbags were the most represented,” Steinkamp says.

“Aging electronics are beginning to manifest themselves in recall campaigns for older vehicles,” Steinkemp (pictured, below left) says. 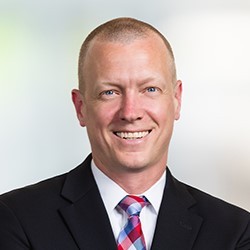 In the name of traffic safety, Stout advocates enhanced industry efforts to reach out to current owners of recalled vehicles, whomever and wherever they might be, and persistently urge them to resolve their vehicle issues.

“Outreach is challenging,” Steinkamp says, noting that so-called recall completion percentages have declined in the post-COVID environment. “How do you change behavior to raise completion levels? Sometimes it is easy, sometimes it’s tough.”

Recall resolution rates are higher when life-threatening issues are involved.

But locating current owners can be tough. It is relatively easy when a vehicle is a late model and owned by a single person who purchased it from a franchised dealer.

According to a 2021 survey, 91% of used-car owners expect automakers to locate them following a safety recall notice, despite the problems of ﬁnding and contacting some of them. Public records help.

Eighty percent of recall campaigns involve vehicles that are less than three years old.  Those vehicles see a 90% completion rate, Roth says, referring to owners who act on the recall notices by taking their vehicles to service facilities.

“The biggest reason for that high rate is the dealer relationship,” he says. “When you get to vehicles that are older, you see a drop. It’s 60% for 5- to 8-year-old vehicles, below 50% for vehicles older than eight years.”

It contributes to older vehicles presenting a higher traffic-safety risk. In some ways, it is a socioeconomic issue because owners of older vehicles often lack the wherewithal to buy newer, safer ones.

Aging vehicles present “the biggest opportunity for recall-completion improvements,” he says, suggesting heightened attempts at contacting current owners. Takata’s nearly 90% completion rate “is because of several outreach attempts, which are better than a single letter.”

Relatively few recalls involve life-and-limb major accidents, he says. Still, “no OEM wants people dying or hurt in their vehicles. But by and large, OEMs have not been self-escalating recall campaigns. Ones involving injuries are not treated much differently.”

Stout calls for a risk-based approach to recall campaigns.

“Current evidence suggests there is not a recall escalation for ones that are putting people in serious jeopardy,” Roth says. “A more tailored approach – opposed to one-size-fits-all – could benefit everyone.”