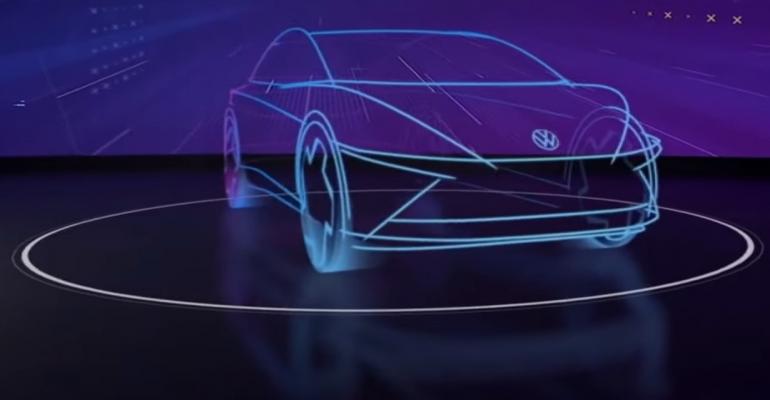 Volkswagen has indicated it would be cheaper to construct the new factory than to retrofit its existing Wolfsburg manufacturing base to produce BEVs with similar levels of assembly efficiency to Tesla.

Volkswagen plans to construct a new factory near its Wolfsburg headquarters in Germany.

The automaker’s second Wolfsburg plant is to produce Volkswagen’s upcoming Trinity, a new battery-electric flagship model scheduled to be launched in 2026.

The new site is aimed at matching the manufacturing efficiency of Tesla’s new Gigafactory currently under the final stages of construction in Gruenheide, Germany.

Volkswagen has indicated it would be cheaper to construct the new factory than to retrofit its existing Wolfsburg manufacturing base to produce BEVs with similar levels of assembly efficiency to Tesla.

No cost estimate for the new plant has been revealed, though Volkswagen says it is aiming for a production time of 10 hours for the Trinity.

The Trinity is described by Volkswagen as “a highly efficient flat-seat concept with an iconic design.” It is planned to be one of the first VW models to be based on the company’s new SSP electric-vehicle platform. It is claimed to possess greater modularity than Volkswagen’s existing MEB architecture, together with the basis for Level 4 autonomous driving technology.

The planned site, which has been endorsed by the Volkswagen works council but is yet to gain approval from the automaker’s supervisory board, is envisioned to produce up to 250,000 cars per year. This is in addition to the 500,000-unit annual capacity of VW’s existing Wolfsburg site.

“We’re planning greenfield construction: efficient and without limitations by existing structures,” Ralf Brandstätter, chief executive of the Volkswagen brand, says in a statement.

A formal announcement outlining further details on the exact site of the new factory is expected in December.

Tesla says its new German Gigafactory’s annual output will be up to 500,000 cars.