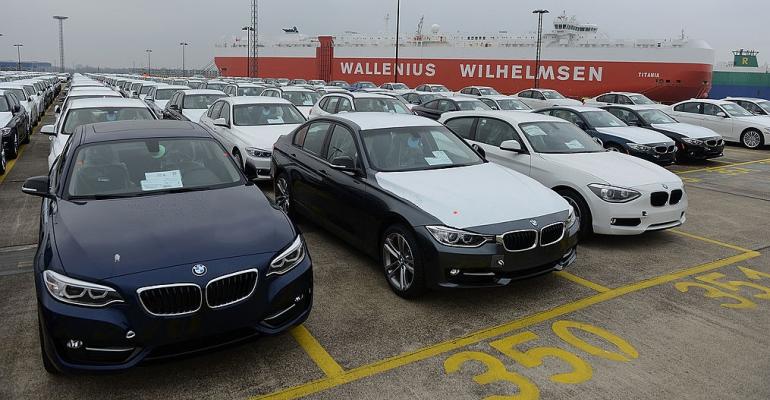 The new facility is at Tradepoint Atlantic Terminal on a 35-acre site with a new, purpose-built, 75,000-sq.-ft. building. That’s roughly double the size of BMW’s current facility a few miles away and nearly doubles capacity to 100,000 vehicles per year.

BMW of North America is establishing a new vehicle distribution center in Baltimore, MD, to receive and process BMW and Mini vehicles imported from Europe and Mexico and distribute them to 126 BMW and MINI dealers in the eastern and central U.S.

The new, larger distribution center should speed up the time it takes to process and distribute imported vehicles to dealers, and ultimately shorten delivery times starting this fall, the company says.

The new facility is at Tradepoint Atlantic Terminal on a 35-acre site with a new, purpose-built, 75,000-sq.-ft. (2,124-sq.-m) building. That’s roughly double the size of BMW’s current facility a few miles away. With the new facility, annual capacity also nearly doubles compared with the current one, to as many as 100,000 units per year.

Construction already has begun, and the new facility is expected to be ready in September. Besides Maryland, BMW currently operates vehicle distribution centers in New Jersey, Georgia, Texas and California.

On average, the BMW brand in the U.S. market sources just over half its annual sales from BMW’s plant in Spartanburg, SC. All Minis sold in the U.S. market are imported. Rolls-Royce also is part of BMW Group and uses the BMW Group distribution system for U.S. imports, but not the Baltimore port.

BMW of North America, based in Woodcliff Lake, NJ, has 349 BMW and 121 Mini dealerships nationwide. Nearly all Mini dealers also have BMW franchises.