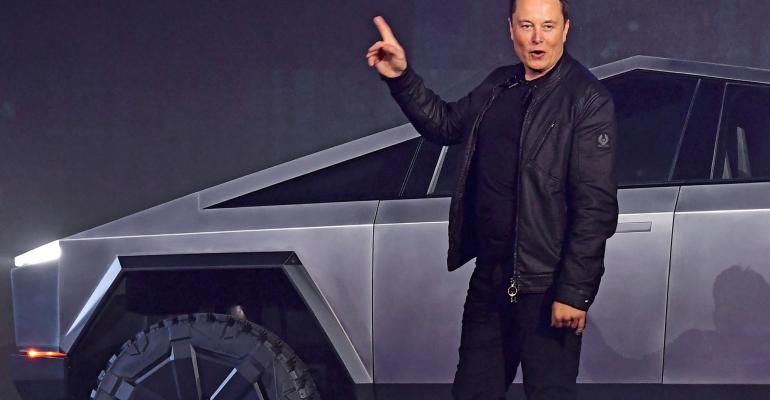 Tesla is delaying plans to introduce new vehicles including the much-ballyhooed Cybertruck, a roadster and the autonomous Semi truck while it focuses on production.

Tesla will concentrate on expanding production at its existing factories while delaying the rollout of new products such as the Cybertruck and self-driving Semi heavy-duty truck, says CEO Elon Musk.

“It was a breakthrough year for Tesla and for electric vehicles, generally,” Musk notes during a conference call with analysts and investors following the release of the company’s financial report for 2021.

For the full year, Tesla says it delivered 936,172 vehicles, as revenue increased 65% and net income grew 760%. The company’s operating margin of 14.7% is the highest in the automotive industry, says Musk.

The CEO says he expects Tesla’s production to increase 50% even though its new factories in Austin, TX, and Brandenburg, Germany, are going through the launch phase and are not fully operational. The company expects to “squeeze out” more vehicles from its plants in Fremont, CA, and Shanghai, Musk says.

The additional production will come at a cost, Musk says.

Tesla is delaying plans to introduce new vehicles including the much-ballyhooed Cybertruck, a roadster (pictured, below) and the autonomous Semi truck while it focuses on production. Work on other products such as a $25,000 BEV to fill out the company’s product portfolio and a robot that could be used to move material in the company’s manufacturing plants also are on hold for now, Musk says. 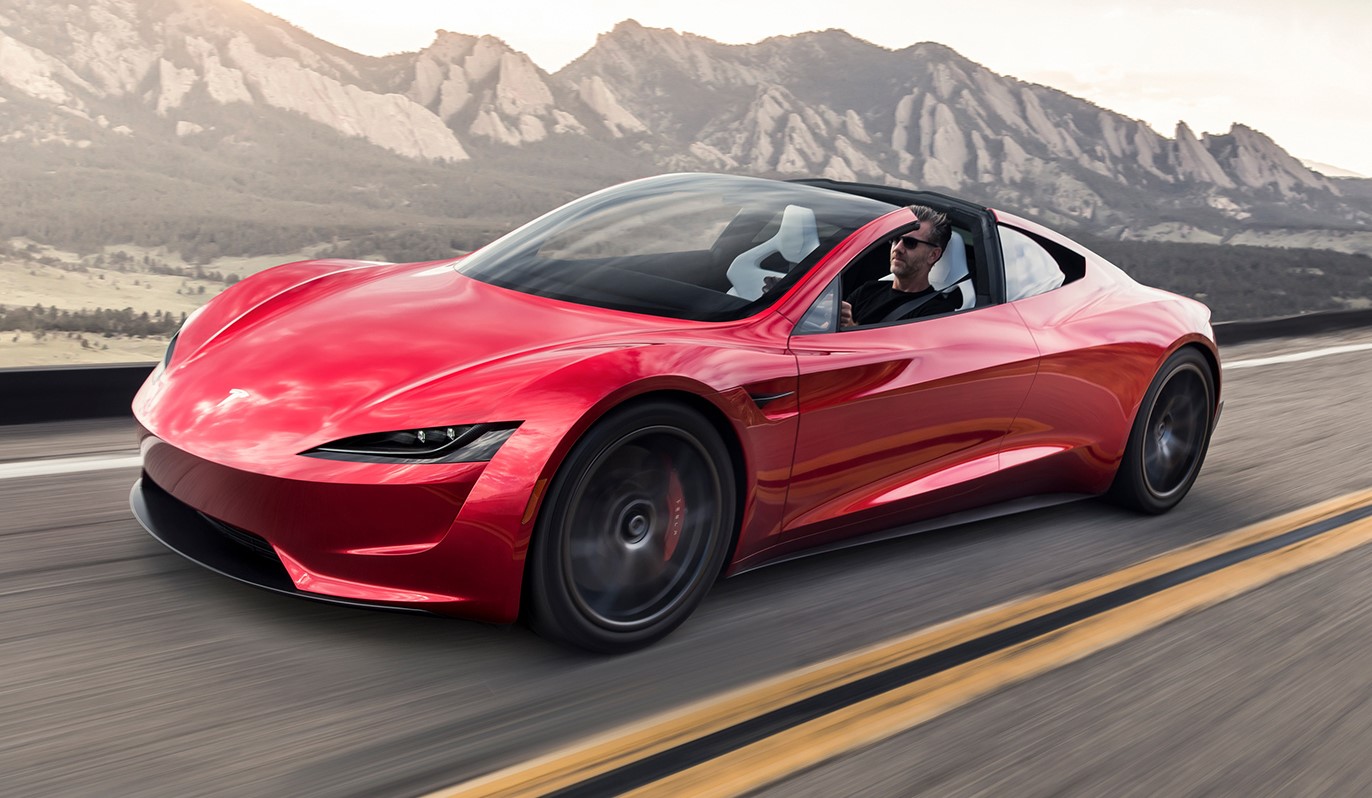 Musk says part of the reason for the delays is the ongoing shortage of semiconductors. Even less-sophisticated chips, such as those that control seat position, are in short supply.

Working around the shortage has required an “enormous amount” of time and effort by Tesla employees, who have had to come up with new software to run the chips Tesla did find, says Musk, adding, “I spent a lot of time and effort fighting for supplies.”

Given the scope of supply shortages, which extend beyond semiconductors, he believes it is best to focus on building more vehicles and getting Tesla’s new plants fully operational before expanding the company’s product line. “With the products we have, we expect to be capacity-limited this year,” Musk notes.

“We will build more factories,” the CEO says. But Musk does not expect to identify new sites for additional plants until late this year or early in 2023.

Tesla plans to introduce the Cybertruck, which was unveiled more than two years ago, sometime in 2023, Musk says.

The Cybertruck will come with a full array of new technology and Tesla is wrestling with what Musk describes as “affordability” issues as it tries to figure out how to price the pickup truck.

While Tesla focuses on production-related issues, it also is moving aggressively to expand its insurance business and spur the adoption of self-driving software. The company expects to have a Level 4 self-driving system in its cars by the end of 2022, Musk says.

By downloading updates of the self-driving software that is coming, Teslas now on the road could operate as robotaxis, he says.

Software ultimately will prove more valuable to Tesla than its vehicles, Musk predicts, and will offer bigger profit margins and create new streams of revenue for the company.