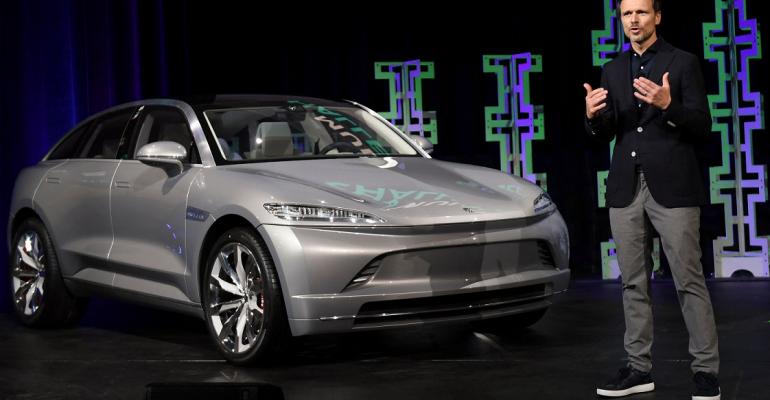 The upstart, Orange County, CA-based battery-electric-vehicle maker says it isn’t going all in on just direct or franchise sales.

BREA, CA – Nascent battery-electric-vehicle maker Mullen Technologies says it is pursuing a hybrid retail model for the vehicles it plans to launch in the U.S. starting in 2024.

“A hybrid model is more work for us, but we’ll be direct in some cases and (in others) we’ll be franchise, but that’s going to deliver the best customer experience,” Jason Putnam, vice president-marketing for Mullen, tells Wards during a recent visit to its headquarters here.

“We’re going to go where we think the best opportunity is for (BEVs) and if that means that we open 12 direct (stores) and we open 24 franchise (stores), then that’s what we’ll do.”

Putnam, who previously worked in the retail sector for various OEMs, says Mullen is not yet officially talking to dealers as it’s still working on its franchise agreement, but he says it has heard from some and has “a lot of interest.”

The company, formed in 2014 with the acquisition of the former Coda Automotive and Mullen Motor Cars, is planning to launch a U.S.- and European-engineered and designed midsize crossover, the Mullen FIVE, in early 2024. A 3-row CUV and a small CUV will follow, all built on the same skateboard platform as the FIVE.

Unveiled at last November’s Los Angeles auto show, the Mullen FIVE is targeted to cost between $55,000-$75,000, depending on the trim level, and have a range of 325 miles (523 km). Putnam and other Mullen officials, including CEO David Michery and Vice President-Engineering Marian Petrelecan, say during our visit its vehicles initially will use lithium-iron-phosphate batteries. However, a company spokesman clarifies the Mullen FIVE is expected to use NCA (nickel cobalt aluminum) or NMC (nickel manganese cobalt) lithium-ion cells at launch, with the potential for LFP. Mullen also is researching lithium-sulfur cells in addition to solid state. Mullen shares a patent on solid-state polymer cells (part of the Coda acquisition) it wants to bring to market in a few years.

Mullen, which just announced it has received $4 million in funding over the past week, with more than $40 million in funding received during the past two months, plans to assemble the CUVs in the U.S., at a plant it acquired in Mississippi. Previously the upstart BEV maker had planned to assemble a 6-figure Chinese sports car in the U.S. in semi-knocked-down-kit form. Now Mullen says that vehicle, which it calls the DragonFLY and also is due in 2024, will ride on the same platform as the CUVs and also be U.S.-built after it acquired the car’s intellectual property. (Meanwhile, this year Mullen plans to bring to market relatively low-volume Chinese electric vans for commercial fleets).

Putnam says Mullen will locate direct-sale stores in affluent, highly-educated towns, where BEV buyers are known to live and/or work, and that it wants to be intricately woven into those communities.

“What I have planned right now are what I’m calling lounge points,” he says, described as showrooms that are a tenth the size of traditional dealerships and “that will be more centrally located to downtowns/communities.

“The point of those is to get really integrated into the local communities, maybe even have food concepts. We’ll have a dedicated space that will be open to the community at no charge,” Putnam says, adding, “Being an unknown brand, I feel like there’s a big opportunity for us to really integrate into the local communities and not be viewed as a traditional car dealer.”

“We’re going to use technology as much as possible to do over-the-air diagnostics, fixes, software patches with 5G technology, and then we’ll have the team that will be able to go out and do other repairs at the customer’s home or office,” he says. “And then if (customers) want to bring the vehicle into the service center, they’ll be able to do that as well.”

As for dealers, Mullen wants to align with those boasting the best customer satisfaction scores “because we know that they’re going to generate the best experience overall.”

Not surprisingly, California, as one of the top BEV markets in the world, is where most of Mullen’s vehicles will be directed, but Putnam says the brand will enter other states as interest develops.