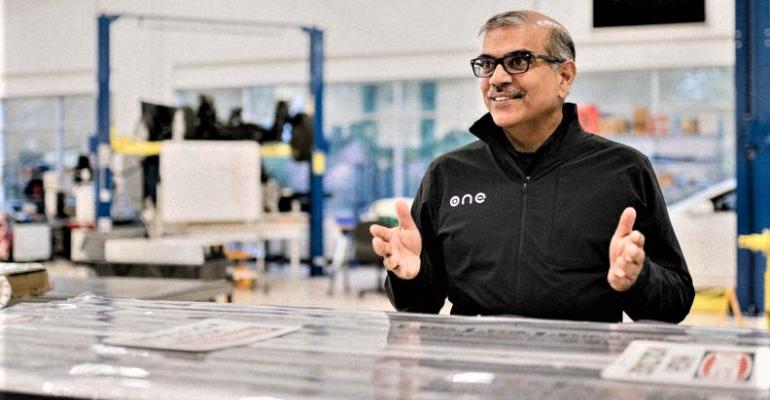 ONE
Our Next Energy founder and CEO Ijaz at company lab in Novi, MI.
Industry News

The projects by Our Next Energy between Detroit and Ann Arbor, and Gotion High Tech in Mecosta County, are expected to bring Michigan nearly $4 billion in investment and create 4,400 jobs.

Two makers of components for battery-electric vehicles, one from the U.S. and one from China, settle on sites in Michigan for new factories expected to bring the state nearly $4 billion in investment and create 4,400 jobs.

Our Next Energy (ONE) plans to build a $1.6 billion battery-cell manufacturing gigafactory in Van Buren Township, MI, between Detroit and Ann Arbor. Construction of ONE Circle will lead to the creation of about 2,110 jobs.

Novi, MI-based ONE plans to apply a newly developed cell-factory model in this project with an emphasis on developing a North American raw-material supply chain. The goal of the project is to scale to 20-GWh capacity within five years.

ONE Circle will include raw-material refinement and cathode materials production, as well as cell and battery manufacturing.

“ONE is thrilled to select Michigan for our first cell factory, due to the state’s unique combination of battery talent, proximity to material supply and access to low-cost energy,” company founder and CEO Mujeeb Ijaz says.

According to Ijaz, ONE uses sustainable, low-cost battery chemistries for consumer and commercial electric vehicles. The company also is developing technology for stationary storage, particularly around utility-scale energy storage systems. 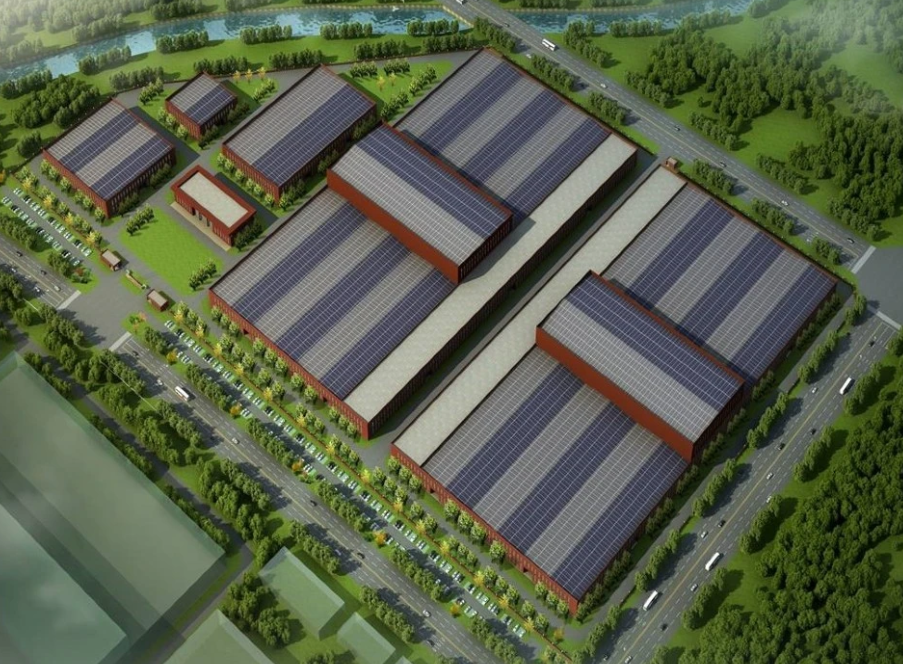 Meanwhile, Gotion High Tech, a battery maker in which Volkswagen holds a major stake, plans to build a $2.36 billion gigafactory to make the cathodes used in EV batteries in Mecosta County in west-central Lower Michigan (concept drawing pictured, above).

The project will create 2,350 jobs “and will shore up our status as the global hub of mobility and electrification,” Michigan Gov. Gretchen Whitmer says.

Gotion was incorporated in California in 2014 and was focused on R&D activities in Fremont, CA, as well as Cleveland. Future operations, including the Michigan project, will focus on establishing production capacity in the U.S.

In May 2020, Volkswagen Investment Co. obtained a 26% stake in Gotion High-Tech to become its largest shareholder. VW is the first global automaker to invest directly in a Chinese battery supplier.