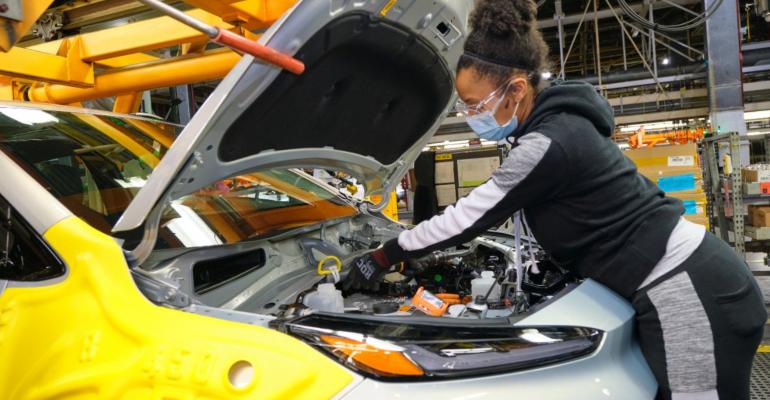 “The next 10 years will be a landmark decade for the automotive industry,” says Trevor Pawl, the state’s chief mobility officer.

A few years ago, a man chatting with fellow travelers on a shuttle to Detroit Metropolitan Airport reminisced about his home state of Montana.

He had relocated to Michigan but spoke glowingly of Montana’s natural wonders. At one point, someone asked him why he left. He replied: “Because I can’t get a job as an infotainment technology engineer in Montana. I can in Detroit.”

Michigan, and Detroit (a.k.a. the Motor City) in particular, have long been the epicenter of the U.S. auto industry.

The state is determined to keep it that way as the world and the industry move deeper into the electric-vehicle age and closer to the autonomous-vehicle era.

“The next 10 years will be a landmark decade for the automotive industry,” says Trevor Pawl, the state of Michigan’s chief mobility officer.

Because of the auto sector, Michigan has the most engineers per capita in the U.S. The state’s premier industry draws people from all over the world.

Regarding EVs and autonomous-vehicle development, Pawl (pictured below, left) adds: “A strong economy can be achieved through safer, more equitable and environmentally conscious transportation for all people.”

During a Society of Automotive Analysts webinar entitled “Reimagining the Future of Mobility,” he says his state office has two goals: Expand Michigan’s mobility and EV industry, and lead the world in mobility and EV R&D.

It is building on a strong base. Automakers and suppliers invested $41.6 billion and created 90,000 new jobs between 2010 and 2019 in Michigan. That contrasts with $1.5 billion in California. 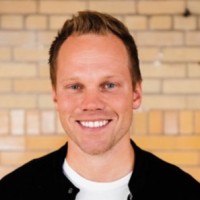 He is CEO of the Michigan Israel Business Accelerator, a nonprofit group that he says strives to advance the state’s innovative ecosystem “one Israeli connection at a time.”

“In Michigan, we’re good at building things,” he says of a state with 12 major auto assembly plants alone. “There’s not a whole lot of manufacturing in Israel,” largely because of its relatively small geographic size. His organization’s logo is an Israeli map embedded within a Michigan map; Israel is about the size of the state’s Upper Peninsula (pictured, below). 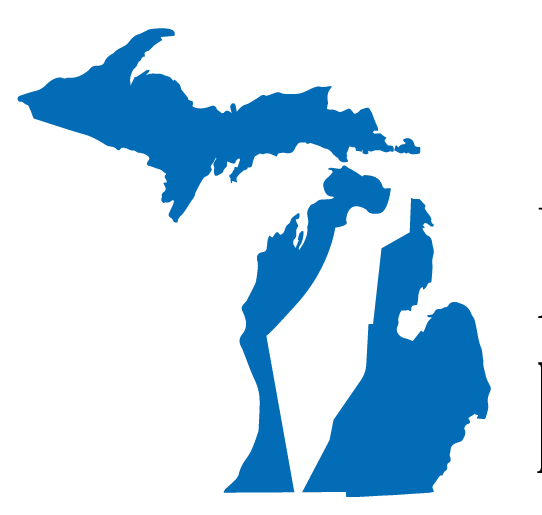 Hipakka estimates he’s on the phone 10 times a week with Israeli companies. “There is a culture in Israel that if it doesn’t exist, create it.”

In terms of innovation, Michigan and Israel are a natural fit for business collaborations. He describes his work as akin to match.com, a couples’ relationship website.

“The state produces a third of the U.S.’s EV batteries,” he adds. “The Detroit Three (General Motors, Ford and Stellantis) expect to make half of their EVs in Michigan in the next seven years.”

They are Tanya Skilton, director-purchasing and supply chain for BrightDrop, a new GM unit, and Peter Deppe, cofounder and CEO of Kuhmute, a Flint, MI-based startup that produces electric charging hubs, adapters and other equipment for electric bikes, scooters, wheelchairs and delivery robots.

“One hundred million packages are delivered in the U.S. a day,” Skilton says of the e-commerce boom. “It’s an astounding number.”

BrightDrop’s goal is to “decarbonize” the delivery process, she says. “We call it ‘Carbongeddon.’ We’re committed to zero emissions. The demand for e-commerce has outgrown current solutions.”

In collaboration with GM, the company by year’s end will start selling its EV600 delivery van with a 250-mile (400-km) range. Delivery companies with set routes “can do a lot with 150-mile (240-km) range,” Skilton says. “We’re filling up the order books.” Customers include Federal Express.

Kuhmute is centered on “micro-mobility” with its involvement in the likes of e-bikes and e-scooters, Deppe says. “It’s a mindset.” In the reimagined age of mobility, “don’t forget the small things.”