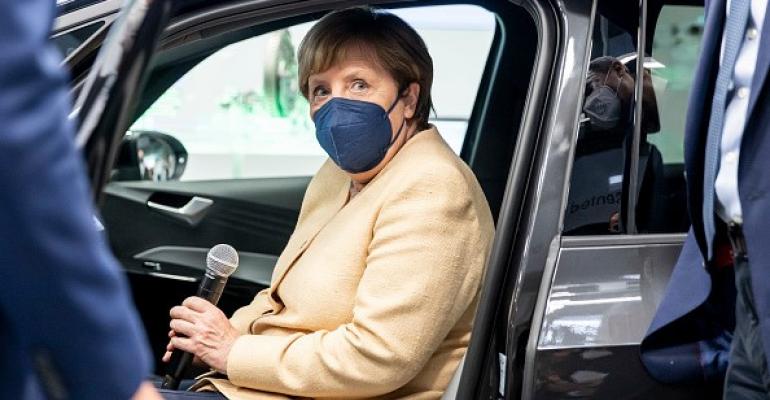 At the official opening of the IAA auto show, Chancellor Angela Merkel says Germany is the first nation to officially permit automated driving technology up to Level 4 on its public highways.

MUNICH – Germany will maintain its leadership in driving forward autonomous automotive technology, according to its outgoing Chancellor Angela Merkel.

While officially opening here the 69th IAA International Motor Show now dubbed IAA Mobility, the country’s leader points to it being the first nation to officially permit automated driving technology up to Level 4 on its public highways.

The regulation change passed in July is seen as the main reason Daimler has announced its new S-Class executive heavyweight will feature Level 3 autonomous driving capabilities by the end of this year.

“Autonomous driving is developing just as rapidly as e-mobility,” Merkel says. “Germany wishes to be leading the way here, too, and by adopting the Act on Autonomous Driving we have created the necessary preconditions for allowing the regular operations of autonomous cars.

“Thus, Germany is the first country in the world in which autonomous driving of Level 4 is made possible on our public roads. We are first in putting them on our roads and introducing them in our everyday lives. Also, it will be important for our people to get fast and safely from A-to-B.”

Merkel stresses the importance of continued acceptance of the right for individual choices in transportation.

During the presentation, she also stresses the need for proper infrastructure to accelerate the adoption of cleaner e-mobility solutions in reducing the effects of climate change. However, Merkel presses the auto industry not to close its mind to all the energy options that are, and could become, available to it.

“There are two things that are most important to me in this respect. First an open mindedness about the technologies that are applied,” she says. “We must not be premature, we must not be biased in focusing only on specific technologies. We must tap the full potential of all promising innovations.”

The message drew spontaneous applause from the automaker-dominated audience. 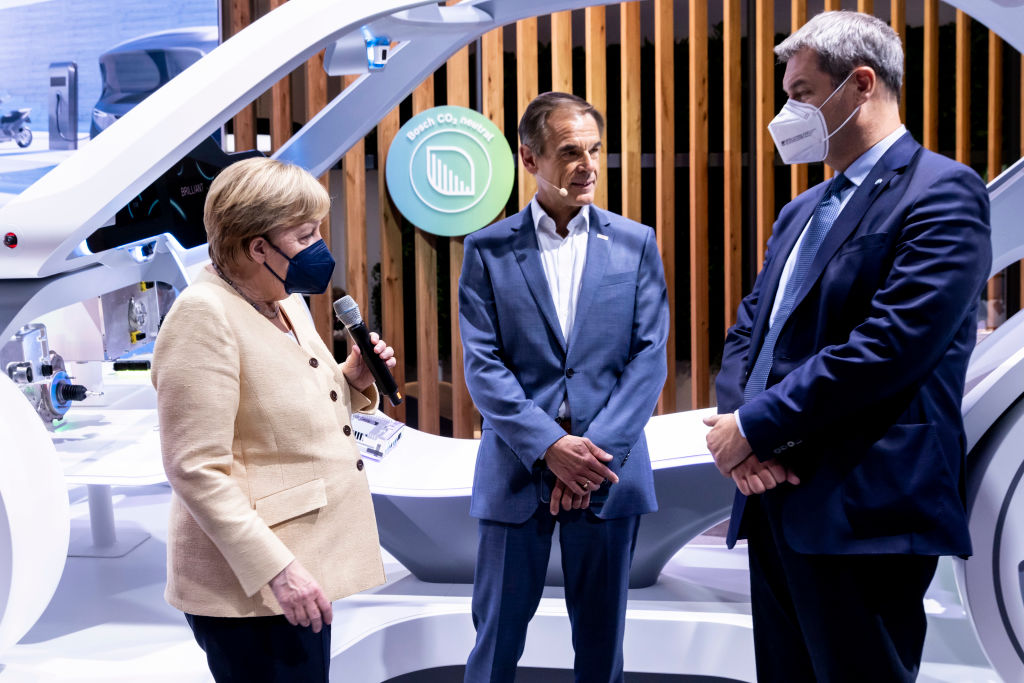 “Here electro mobility will be a crucial pillar of climate-neutral mobility, but there are also other options,” such as hydrogen and synthetic fuels to alleviate the burden on the climate. This is particularly true for heavy transport travel and for shipping, she says.

“The second point that I’m very much interested in is job security,” Merkel says. “CO2 doesn’t stop at national borders and jobs can only be maintained in one’s own country if the underlying economic conditions are right.”

The chancellor calls on German automakers to remain internationally competitive. “We do not want carbon leakages,” she says. “We want Germany to continue to maintain a strong an attractive automotive industry location.”