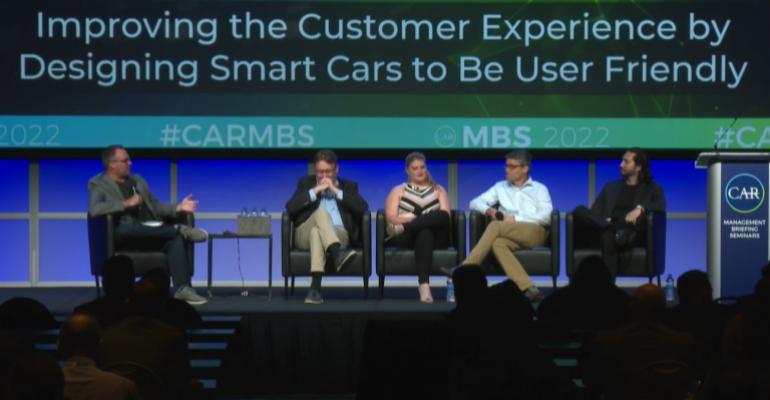 Ever since cupholders tore the auto industry apart in the 1980s, vehicle cockpits have been a battleground for new technologies and culture wars. Making people happy in cars now is harder than ever. A 2022 MBS panel with representatives from Consumer Reports, Honda and suppliers Continental Automotive and Yanfeng sorts it out.

Believe it or not, cupholders once were hugely controversial. When Chrysler introduced the minivan in 1983 with standard cupholders, Americans were thrilled but German and Japanese automakers were appalled. They considered the idea of eating in cars disgusting and dangerous. Cupholders didn’t appear in German cars until more than a decade later – when the Germans realized Americans wouldn’t buy a vehicle without them.

Now we’re in the age of the software-defined vehicle and user-experience features can be developed and changed in a fraction of the time it used to take. Even so, mistakes are being made, and there are a lot of unhappy drivers and passengers venting their disappointment on third-party surveys and social media platforms.

In an insightful panel discussion titled “Improving the Customer Experience by Designing Smart Cars to Be User Friendly,” at the 2022 CAR Management Briefing Seminars in Traverse City, MI, a panel of experts from Consumer Reports, Honda and auto suppliers Continental and Yanfeng diagnosed decades of mistakes and identified new features that promise to be winners.

Creating user-friendly cockpits is a serious business. With mainstream family cars now averaging almost $50,000, nothing is more important than creating good customer experiences and avoiding bad ones. Creating great experiences always is the goal, but automakers know avoiding bad ones is even more important. Glitchy touchscreens and faulty virtual assistants can reap disastrous scores on third-party surveys that can haunt automakers for years. And the main causes of scorching reviews currently are negative interactions with vehicle electronics, from advanced driver-assist systems to embedded navigation, voice commands and infotainment features.

It doesn’t help that vehicle cockpits are challenged by conflicting agendas. Automakers and suppliers always are looking for the “Wow factor” that will turn potential buyers into customers,  but it has to be balanced by the need to limit driver distraction, says Jens Brandt, vice president-User Experience Business Area, Continental Automotive North America.

“Sometimes the ‘wow’ can be too much, especially with the massive, all-the-way-across-the-front-panel touchscreens,” says Kelly Funkhouser, program manager-Vehicle Interface Testing and Head of Connected and Automated Vehicles at Consumer Reports (pictured below).

Funkhouser, who has a background in cognitive psychology and systems engineering, says the big touchscreens that look and function like giant mobile devices may not be the best design for future interfaces. 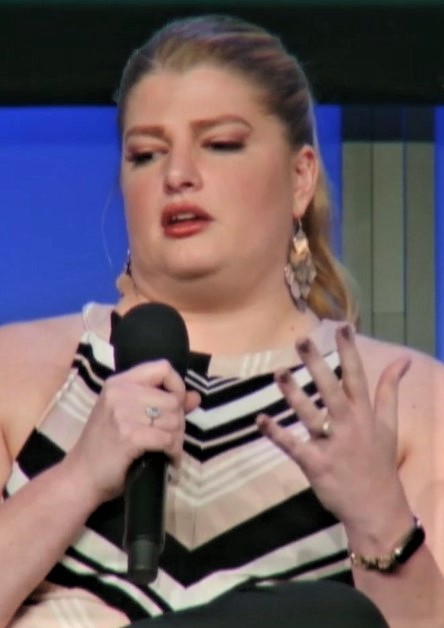 “Those devices are familiar-looking (to users) but they are meant to capture and keep our attention for as long as possible. That’s the opposite of what we want to do in a car,” Funkhouser says.

“The theme of balance and putting usability and the amount of information displayed in context is critical,” adds moderator Bill Thompson, a General Motors veteran who worked on the Cadillac Lyriq and Celestiq battery-electric vehicles prior to taking his current role as senior director-Mobility for Rightpoint, a major digital design company.

Further complicating the issue is the fact automakers and giant tech companies such as Google and Apple are involved in complex – sometimes adversarial – relationships with automakers.

Google’s Android Auto and Apple’s CarPlay deliver mobile-device features on vehicle screens. It’s safer, convenient and consumers now demand this type of connectivity, but Android Auto and CarPlay compete directly with embedded vehicle navigation systems, apps and numerous other functions where automakers are trying to increase internet revenue. Automakers fear Google and Apple will take over, but in some cases, it seems they already are turning over the keys to the castle.

For instance, Google’s Android Auto operating system is being adopted by numerous automakers – taking over the main screen interface that automakers until now developed and controlled. Displaying phone information on vehicle screens is one thing but turning over a big chunk of the cockpit OS with access to vehicle systems could mean ceding a lot of power and potential revenue to a supplier.

“In the battle for your digital real estate inside your cabin, shame on us as OEMs if we relinquish too much control so that the spirit of that Acura, Corvette or Ford F-150 Lightning is taken over by a third party,” says Rightpoint’s Thompson.

“The battle is over. It’s just a matter of how long it takes to get to the end,” responds Jeff Stout, executive director-Global Innovation for Yanfeng. “They’re (Apple and Google) not leaving.”

However, Shaun Westbrook, principal HMI lead-Management for Honda R&D Americas (pictured below) has a different view. 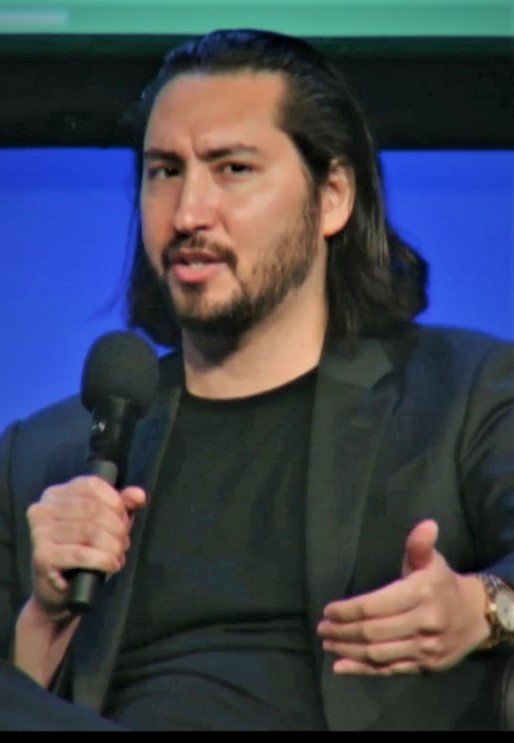 “From a Honda perspective, we have many partners, and we are looking forward to our future and it is collaboration.”

Westbrook talks about the user experience in more holistic terms than navigation and music apps.

“What we work on is the entirety of that car experience. What made you happy that day? From my perspective, there’s still plenty of work for us.”

But might Apple iPhone users think twice about buying a vehicle with an Android Auto OS?

While not addressing the issue directly, Westbrook says people are growing up with a digital identity as an Android or iPhone person and that can influence how they act and what they buy.

“The way we interact with screens is already psychologically different,” Westbrook says. “How you scroll down for a tray or some people scroll up, or what version of iPhone you have. These are considerations that we should all take a look at to ID someone as to what kind of digital user they are and how we can make the car more enjoyable.”

“Life experiences lead to different sets of needs,” says Yanfeng’s Stout, (pictured below) citing the cupholder example from the 1980s and 1990s.

But cultural differences weren’t the only thing that held up the adoption of cupholders. Corporate lawyers (perhaps fearing lawsuits over spilled hot coffee, a high-profile issue at the time), held up the advancement of cupholders, Stout says. And now lawyers are holding up built-in phone holders in vehicles – even though they are available in the aftermarket. 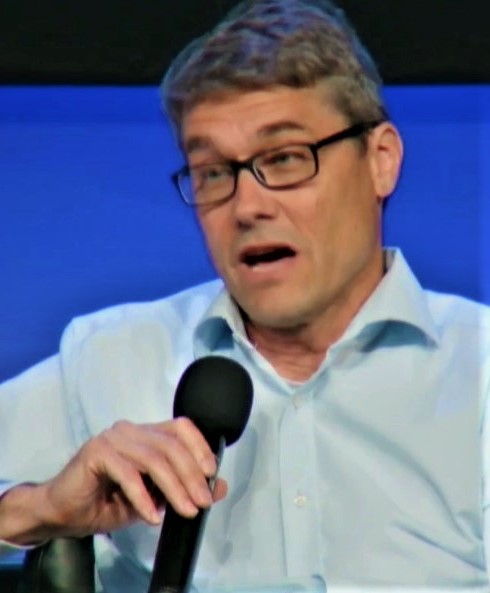 Sometimes the most innovative ideas are stymied by a simple lack of communication between the UX system supplier and the OEM customer, Consumer Reports’ Funkhouser says. She shares the story of how the highly-touted launch of Google’s Android Auto OS in the Polestar 2 BEV – a first in the automotive world– had a rocky start.

While the Android system no doubt performed perfectly while being tried out in the Google lab, she immediately found a problem when she tried to use the system when installed in the car: The crucial “home” button on the bottom of the tablet-sized screen was blocked by the shift lever, which is mounted in the center console. She says she had to reach out and contort her wrist around the lever to push the button and perform other simple functions. She demonstrated the move to the MBS audience by making her arm look like a boa constrictor.

Funkhouser proves another point about the tenuous relationship between the consumer tech giants and automakers with a quick poll of the audience. She asks how many people had recently rented or driven a car that was not theirs, and a lot of hands went up. Then she asked if the first thing they did was to connect Apple CarPlay or Android Auto so they didn’t have to learn a new vehicle interface. All but one hand stayed raised.

“Consumers want the familiarity of the environment they have on their phone. They don’t necessarily want to learn all the native system bells and whistles,” she says.

While Yanfeng’s Stout says Apple and Google are never leaving vehicle cockpits, the MBS panel agrees there are other ways to please consumers in areas where the tech giants aren’t involved. These include augmented-reality HUD displays; smart materials with embedded sensors, controls and displays; and “re-architecting” entire vehicle cabins offering new designs and seating layouts that provide an entirely new set of experiences.

Consumer Reports’ Funkhouser is enthusiastic about the potential of head-up displays enhanced with artificial reality. Available now on numerous luxury vehicles such as the Mercedes S-Class and BMW iX, the HUD screen displays such things as holographic arrows that appear to hover in the air ahead of the vehicle and point exactly where to turn or exit an expressway.

“I think it’s fabulous,” Funkhouser says. “It should be everywhere all the time. I experienced it about a year ago in a Mercedes S-Class. It wasn’t a static display in front of you. It (the driver monitoring system) really looked at where the driver was looking and then could extrapolate the information onto the roadway where it was spatially relevant,” she says.

AR is especially important because “it keeps the driver in the loop” and lets the driver know what the sensors are seeing and how the vehicle is making decisions, especially when it comes to advanced driver-assist systems, Funkhouser says.

“AR provides a contextual awareness where other things seem to fade away, and it keeps your eyes where they should be,” adds Rightpoint’s Thompson.

Continental’s Brandt says his company is one of the top two suppliers of HUD systems today, but HUDs are just part of a solution to the OEM demand for alternatives to the ever-growing number of displays and general overflow of information in vehicle cockpits.

Other solutions Continental is developing are “switchable displays” that allow front passengers to watch movies on a screen that can’t be seen by the driver. Another technology is “shy tech” (as opposed to “high tech”) displays that are hidden behind surfaces and only come to life when needed. “AR is one trend, but not the only one,” Brandt says.

Yanfeng’s Stout takes it a step further and talks about how his company is “re-architecting” vehicle interiors into new types of spaces consumers have never seen before. “People don’t want switches and displays everywhere. They want a unique environment that isn’t what they have today. Re-architecting completely changes the game,” Stout says.