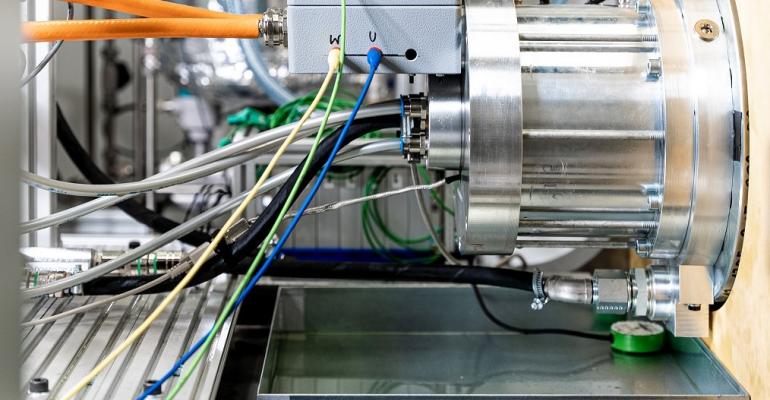 Mahle says the motor ticks most modern automotive requirement boxes, being clean, light, efficient and able to be assembled without the use of rare earths when requested by customers.

Mahle claims it has become a full-range supplier of EV drives with the launch of what it says is the world’s first everlasting automotive electric motor.

This traction motor, dubbed the SCT (superior continuous torque) E-motor, claims to be able to run “indefinitely with high performance.” Mahle says its new cooling concept has been the key to this breakthrough for EVs.

Nonetheless, Mahle says the motor ticks most modern automotive requirement boxes being clean, light, efficient and able to be assembled without the use of rare earths when requested by customers. It is designed to cover a wide range of applications including passenger and commercial vehicles as well as construction machines and tractors.

The motor’s launch now positions Mahle as a supplier of electric drives from e-scooters to heavy-duty commercial vehicles as well as off-road and industrial applications. The new unit will be presented for the first time in September at IAA Transportation in Hanover, Germany.

The SCT E-motor is designed to reach maximum efficiency within the rpm range most suitable for automotive applications. Despite being comparatively small and light, Mahle says its continuous output is more than 90% of its peak output. This is said to be unique on the current market and especially advantageous for vehicles under demanding conditions. An example is driving an electric truck over mountain passes or the multiple sprints of a battery-electric car.

This resilience is achieved by the motor’s integrated oil cooling, which makes it more robust. At the same time, unit production costs are held to a minimum thanks to its diminutive size and light weight, saving on materials.

Mahle chose what is known as a permanently excited motor design concept, because this enables a very compact design and no energy has to be transferred to the rotor as “excitation current,” thus increasing efficiency and creating wear-free movement. Neodymium magnets, currently the strongest permanent magnets that can be produced, are used to generate the magnetic field in the motor.

However, to achieve greater independence from raw-material prices and geopolitical developments, the SCT E- motor also can be designed without magnets for greater independence. Mahle’s use of its contactless transformer claims to allow the magnet-free variant to also be wear-free and run efficiently, while requiring only slightly more assembly space.

Martin Berger, director of corporate research and advanced engineering at Mahle, says: “Building large electric motors that deliver short-term high performance is easy. What was still lacking on the market until now were durable yet compact drives to make electric vehicles unrestricted for everyday use. Our new SCT E-motor is the solution.”