Company President Rich Schmidt is confident Lordstown Motors can survive through the winter and into next spring, even though documents filed with the U.S. Securities and Exchange Commission indicated the company was in danger of running out of cash.

Despite the abrupt resignations of two top officers and dire warnings about its financial condition, Lordstown Motors still plans to start production in September and has the resources to deliver between 15,000 and 20,000 finished units by May 2022, company executives say.

Schmidt (pictured below, left) says the company has enough money on hand to launch production and to finish nearly 20,000 Endurance fullsize BEVs by next May. It recently re-canvassed potential fleet buyers to ensure they are still interested, and the response has been positive, says Schmidt, who worked for Toyota, Volkswagen, Tesla and Karma before coming to Lordstown.

Schmidt is confident the company can survive through the winter and into next spring even though documents filed with the U.S. Securities and Exchange Commission indicated the company was in danger of running out of cash.

“Our ability to continue as a going concern is dependent on our ability to complete the development of our electric vehicles, obtain regulatory approval, begin commercial scale production and launch the sale of such vehicles,” the company says in its filing. 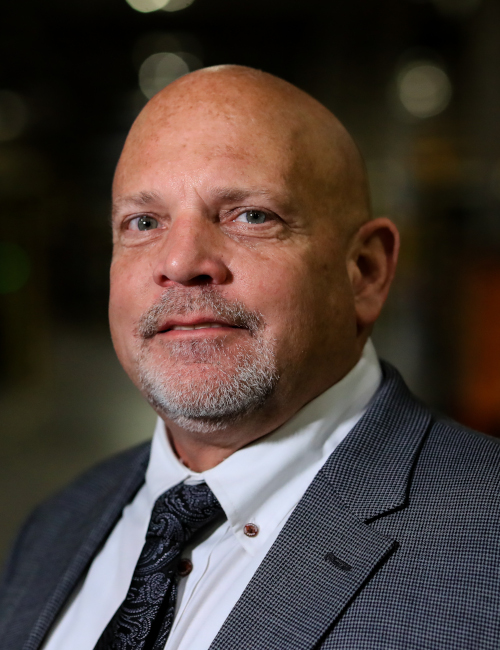 “We believe that our current level of cash and cash equivalents are not sufficient to fund commercial scale production and the launch of sale of such vehicles. These conditions raise substantial doubt regarding our ability to continue as a going concern for a period of at least one year from the date of issuance of the unaudited condensed consolidated financial statements included in this report,” the filing says.

Lordstown’s chief executive and chief financial officer both left the company in the wake of the SEC filing.

Schmidt, however, says Lordstown and its 600 employees are pushing ahead toward production while the search for additional cash continues. GM, one of the original investors, is a possible source but the company is also looking at other sources, he says.

Lordstown also faces several issues beyond the concerns about the company’s financial position.

To build the Endurance pickup truck at the old GM plant next to the Ohio Turnpike, the company plans to assemble in-house the truck frames, battery packs and hub motors that drive the vehicle. The new battery-pack assembly line and hub-motor line will be ready by September, Schmidt says.

Fortunately, the rest of the plant is in good shape and requires relatively little new investment, he says. GM had installed equipment in the final assembly area, body shop and paint shop in 2016, just three years before closing Lordstown Assembly for good in the spring of 2019.

Darren Post, Lordstown Motors’ chief engineer, says the Endurance, which utilizes components and systems from the Chevrolet Silverado, is going through federal safety testing and should have no trouble passing the crash tests required for final certification. Results of preliminary testing have been positive, he says.

However, final certification from the National Highway Traffic Safety Admin. is not expected until the fourth quarter of 2021, Post says. So Lordstown plans to “quarantine” the finished Endurances, pending certification. Once they are certified the trucks will be released to buyers, he says.

The company confirms an Endurance prototype burned during a test in Michigan this past winter but blames the fire on a faulty connection rather than a design flaw. “The faulty connection point resulting from the manually reworked assembly experienced an overload of electric current which caused the battery to ignite,” the company says in a statement.

Angela Strand, a member of Lordstown Motors’ board of directors who is filling the role of executive chairwoman following the departures of CEO Steve Burns and CFO Julio Rodriguez, says limited production will start in September, adding the company will be open and transparent about the challenges it faces.

“It’s a new day at Lordstown,” she says.