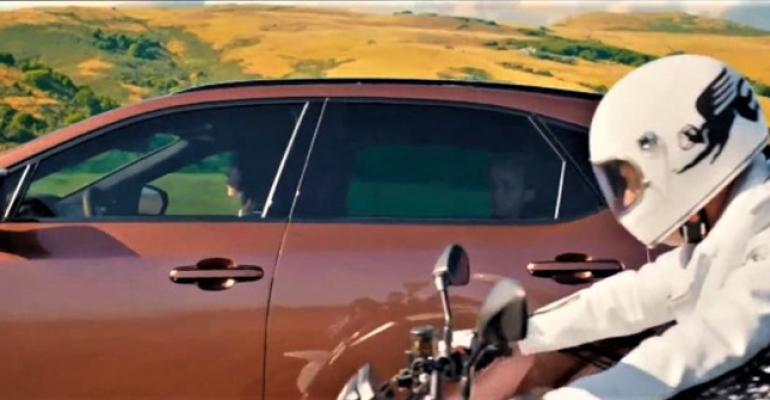 Of iSpot.tv’s five most-viewed auto ads, the two “Wizard of Oz”-themed spots from Lexus generated more impressions than the other three spots combined.

Lexus is front and center in iSpot.tv’s weekly ranking of the most-viewed auto commercials, generating over 528 million TV ad impressions from two ads that aired more than 3,400 times from Nov. 7-13.

Although it had the lowest estimated spend of the five commercials in our ranking, Dodge’s “The Real Brotherhood of Muscle” took second place on the chart with 183.3 million TV ad impressions. News programming was a large source of viewership, with Fox News and MSNBC as the top two impressions-delivering networks. Notably, this ad features real footage from real drivers, and the resulting dynamic quality resonated with viewers: 33% of respondents to iSpot’s survey-based Creative Assessment cited the visual scenes as the single best thing about the ad.

Subaru remains in fourth place week-over-week with its ad for the Ascent highlighting the vehicle’s safety features. According to iSpot’s Creative Assessment, viewers found this spot to be the most persuasive in the top five, with an overall Persuasion score nearly 12% above industry norms.

After two weeks in first place, Chevrolet’s “EVs for Everyone” slips to fifth this time around. The spot generated 163.9 million TV ad impressions, with the 56th Annual CMA Awards telecast as the top impressions-driving program (13.8 million). The soundtrack, a song by Fleetwood Mac, appealed to viewers: 21% of iSpot Creative Assessment survey respondents considered the music the single best thing about the spot.

2. Dodge: The Real Brotherhood of Muscle

5. Chevrolet: EVs for Everyone