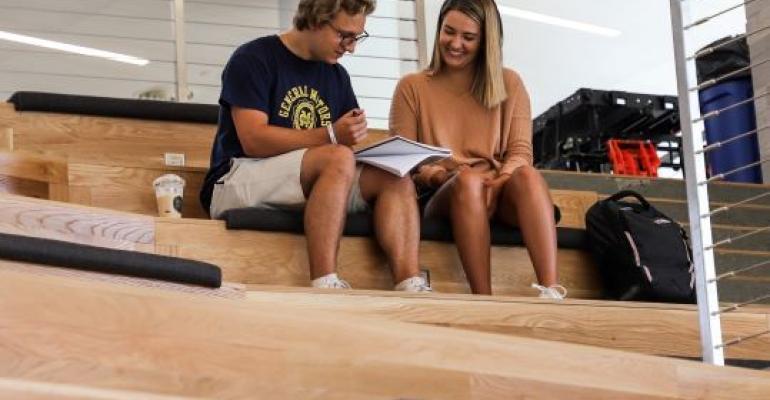 Kettering University adds a $63 million state-of-the-art student study and collaboration center. As the institution climbs in the rankings, the new building brings it firmly into the 21st century.

FLINT, MI – Kettering University opens a 105,000 sq.-ft. (9,750 sq.-m) building on campus here for social and academic collaborative work that is now the heart and centerpiece of the school known for turning out world-class engineers and top management for the auto industry, as well as other industries that depend on engineering.

Called The Learning Commons, the state-of-the-art facility cost $63 million, a sum raised entirely through philanthropy, especially from some 6,000 alumni who have risen to the top of their fields, as well as The Charles Mott Foundation.

The Commons features wide-open work spaces, a 200-seat auditorium with video projection similar to an IMAX theater, an outdoor amphitheater and the most advanced connectivity hardware and software available. University President Robert K. McMahan calls the building “museum quality,” but quickly adds, “It is extremely high-quality materials, design and tech, without being precious.”

Perhaps not surprisingly, the building and workspaces, designed by the architectural firm Stantec, have a mission that fits with the university’s engineering and problem-solving culture. Everywhere you go in the four-story building, there is tension in the lines of the floors, walls and spaces. Patterns, more associated with design than engineering, are hard to find. Walls in rooms and the exterior of the building, for example, have raised stone tiles in a completely random placement. McMahan notes that randomness had to be created for the masons by a computer program because masons are oriented to work in patterns.

The center atrium that extends to the roof is interrupted by a room on the top floor that encroaches into the center of the vault space. A designer would have wanted the space to be open to the roof, while the suspended room is actually an engineering feat and solution. Floor tiles in hallways are set to angles that meet tiles or carpet that is set at opposing angles. “Out of creative tension comes solutions,” McMahan says as he leads a tour of the space.

The university president says the concept of the Commons is heavily inspired and influenced by “D Spaces” created at Stanford University. A design philosophy created at Stanford’s renowned d.school, the collaborative spaces are conceived for maximum creativity and ease of use. Moving whiteboards (pictured, below) are on wheels and can be taken room to room. Room technology is set up for multiple streaming services and video calling for multiple people worldwide. Plugs for digital devices are everywhere. No D-space rooms are furnished or finished alike. Students have priority for every workspace; no staff or faculty can pre-empt or displace student use. 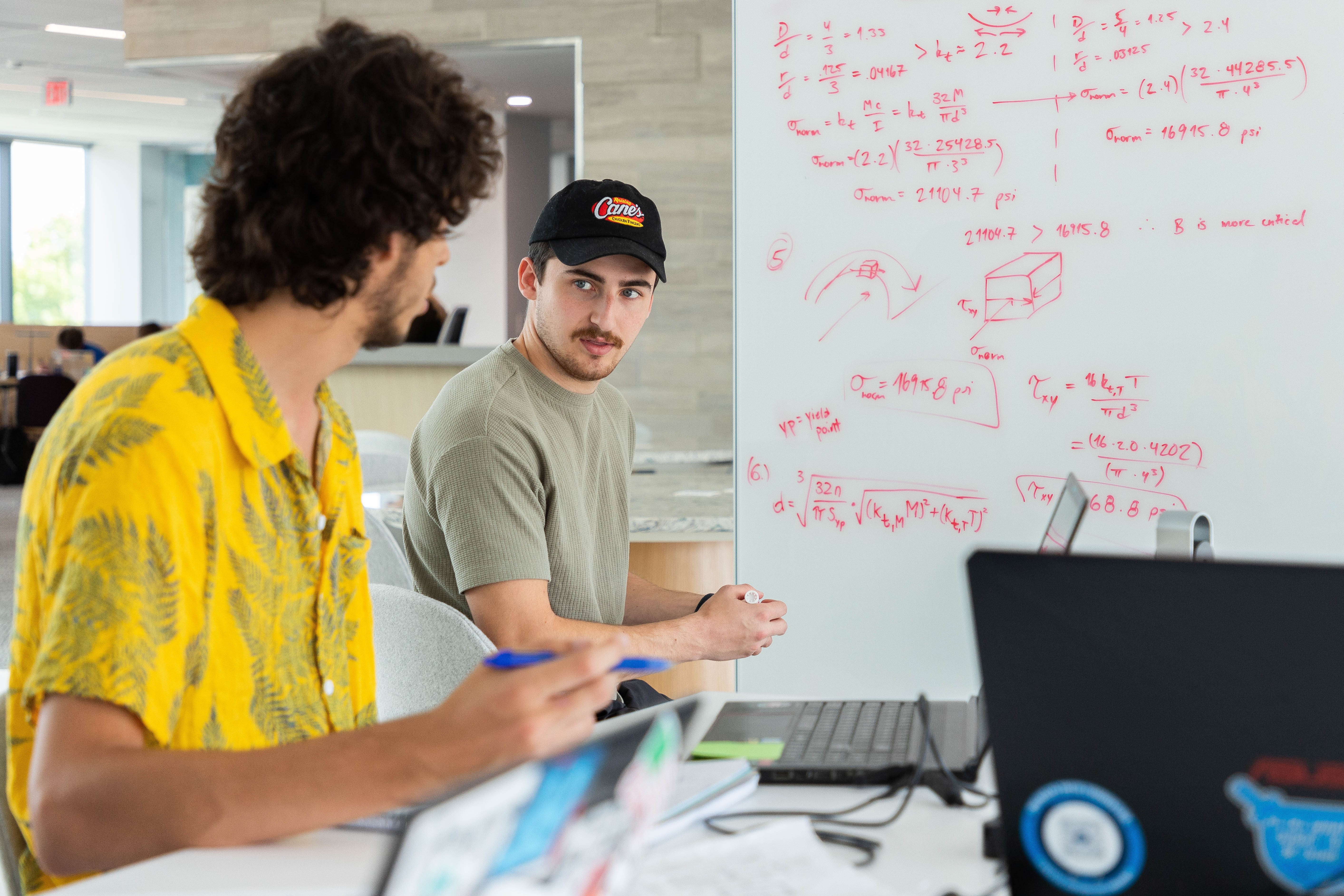 Diane Peters, an associate professor of mechanical engineering, says the new building infuses the campus with a fresh sense of energy and innovation, and inspires collaboration. “This building is a tremendous opportunity to have a less threatening place than the office,” Peters says. “Coming here and being able to meet with students, it’s a lot more casual. We feel more accessible here. I think that’s part of it.”

Sourcing materials from Michigan was a priority and it shows up in stone tiles quarried in the Mitten state. Bernhard Becca sofas were designed by Flint native Terry Crews, host of America’s Got Talent. Enwork Furniture, found throughout the building, is from Lowell, MI.

“Many of us owe our success to what we learned at Kettering, and many alumni chose to give back to their university through the capital campaign,” says Gary Cowger, former GM manufacturing chief and president of GM North America, and currently CEO of GLC Ventures. “Along with alumni, many companies, foundations and individuals view Kettering as a leader in co-op education that graduates students ready to enter the workforce with years of experience.”

Kettering has co-op leaning relationships with some 600 companies, including most auto companies. Each year, even freshmen spend time working on teams at companies. McMahan notes that when students graduate from Kettering they have, depending on the year, a 99% or 100% rate of graduating straight into a job. “It is not uncommon at Kettering, for new graduates to go right into team-leading positions because of all the real-world experience they gain while here,” the university president says.

Kettering, formerly known as General Motors Institute, became known under its current name in 1998. It draws both undergraduate students and graduate students who are focused on engineering and tech. Kettering jumped six spots to No.6 in the Midwest on U.S. News & World Report’s 38th annual Best Colleges rankings. Kettering also improved to No.12 nationally among engineering programs at schools that do not offer doctorates and No.14 among mechanical engineering programs. 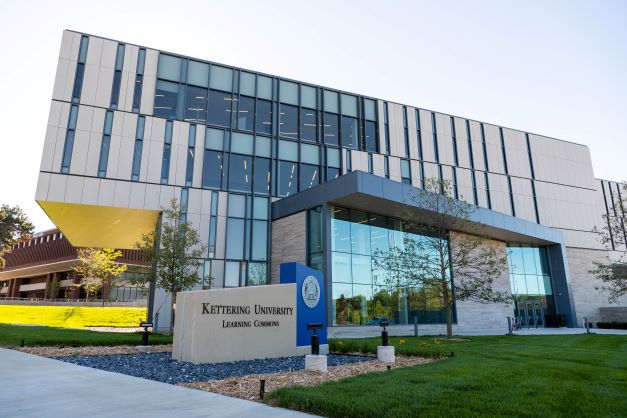