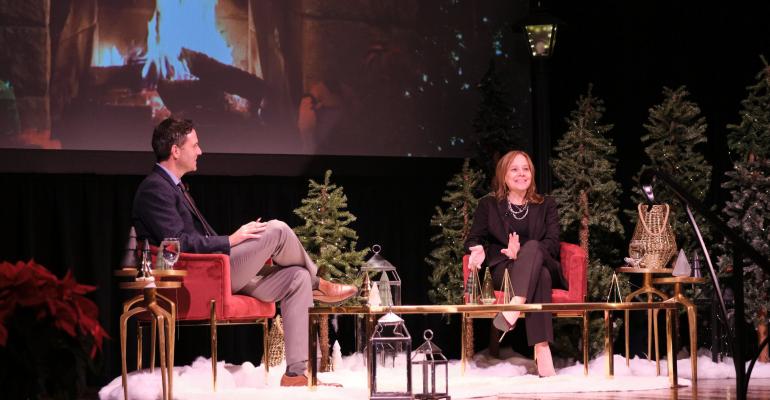 CEO Mary Barra opens the door to stockpiling critical parts due to a semiconductor shortage, and she doubts GM will go back to the level of inventory dealers had before the pandemic.

The just-in-time inventory and delivery system for automotive components, which has set the pace for the industry for years, is under pressure, acknowledges Mary Barra, General Motors chairman and CEO.

During a meeting with reporters organized by the Automotive Press Association in Detroit, Barra says just-in-time has been criticized during the semiconductor crisis that has crippled the auto industry for the past year. But Barra says she isn’t prepared to declare the system obsolete just yet.

Some components used in vehicle assembly will continue to be stocked on a “just-in-time" basis,” she says, opening the door to potentially building stockpiles of critical parts.

Barra also says GM is starting a “strategic review” of the logistics behind the just-in-time system in response to the supply crisis.

GM is absorbing the lessons it has learned from the COVID-19 pandemic and the semiconductor shortage, which have combined to reduce inventory on dealer lots.

“I don’t think we’ll ever go back to the level of inventory dealers had before the pandemic,” Barra notes, adding GM’s dealers have had to adopt new ways to connect with customers.

At the same time, GM’s internal culture is evolving from the pandemic. “All of our stake holders have been in masks since May of 2020,” she notes.

The effort to make ventilators as the pandemic began to take hold in the U.S. also had a significant impact on GM, according to Barra.

In a matter of months, the automaker helped a small company building 250 units a month ramp up production to 30,000 a month, giving GM’s employees a new perspective on the company’s capacity, talent and skills, Barra says.

“Doing the ventilators was a game changer for us,” says Barra, who was named GM’s CEO eight years ago.

At the same time, GM hired key executives from other industries to help with the transformation of the company as it ventures into new areas such as electrification and software. “Forty percent of our salaried employees have been with us less than five years,” she says. 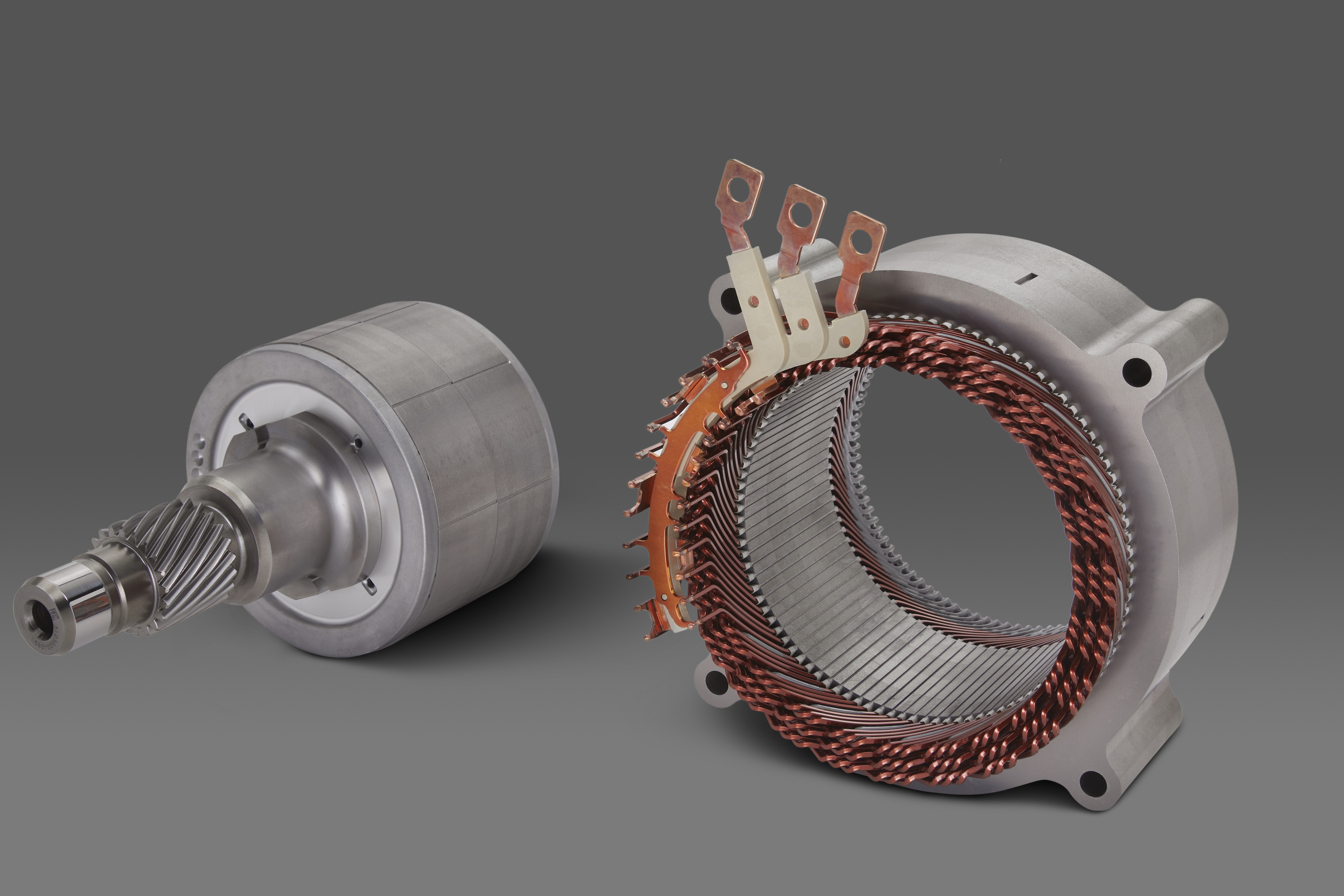 GM has reduced the time it takes to design and develop a new vehicle by as much as 50% as it prepares to launch a broad new family of electric vehicles built around the new Ultium battery platform.

Meanwhile, GM has entered a series of partnerships and joint ventures with the aim of securing the materials needed to build batteries and BEVs by securing access to critical minerals as well as new technology, Barra says, referring to a new agreement with a German company to make advanced magnets used in GM’s electric motors.

The company, VAC, is planning to build a plant in the U.S. that will manufacture permanent magnets for the electric motors used in the GMC Hummer EV, Cadillac Lyriq, Chevrolet Silverado EV and more than a dozen other models using the Ultium platform. (GM’s 180-kW, permanent magnet EV motor pictured above, left).

In addition, GM is forming a strategic collaboration to supply the materials needed to make rare earth magnets.

Under the long-term agreement, MP Materials of Las Vegas will supply U.S.-sourced and manufactured rare earth materials, alloy and finished magnets for the electric motors needed for GM’s BEVs.

Barra says the deals with VAC and MP Materials will secure supplies of materials vital to GM’s BEV initiatives. “We’re also bringing jobs to the United States,” she says.

GM’s plans for electrification are gaining momentum as the automaker will unveil the new all-electric Chevrolet Silverado pickup at next month’s Consumer Electronics Show in Las Vegas. “We will show what we can do with an electric truck,” says Barra, adding she is confident GM already is and will continue to be a leader in EV technology.