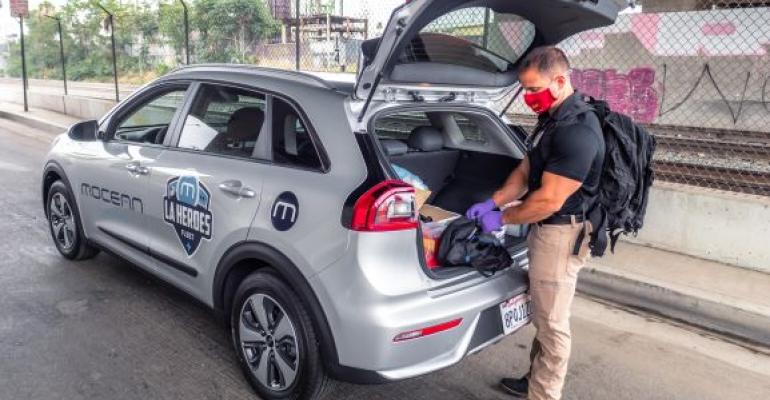 The Moceancar subscription program will rent out cars for six-month periods, after which the client may choose a new car and renew the service for another six months or return the vehicle and cancel the contract.

Hyundai will introduce a car subscription service in Spain and a separate car-sharing scheme in rural regions of the country, with plans to expand both programs into Europe.

The Moceancar subscription service will be a variant of Mocean, a short-term rental plan the South Korean automaker launched in Los Angeles in November 2019. It will rent out cars for six-month periods, after which the client may choose a new car and renew the service for another six months or return the vehicle and cancel the contract.

The entire process will be conducted digitally, with Hyundai dealers taking care of delivery, pickup and maintenance of the vehicles. The automaker also will provide financing.

Hyundai officials deny the subscription system will cannibalize traditional multiyear leasing, saying the needs that motivate one or another alternative are different. They also note leasing doesn’t offer the flexibility of being able to change vehicles.

The Moceancar subscription system will be tested in Barcelona and later in Madrid before being exported to the rest of Europe, Hyundai Spain CEO Polo Satrustegui says.

Meanwhile, Hyundai says the Vive car-sharing program it has been testing for more than a year in rural Spain (below) also could be extended to Europe.

“We have been expanding it because the idea is to reach as many villages as possible. Currently we have more than 30 villages that have a pure-electric Kona,” Satrustegui says.

Vive is a corporate social responsibility action meant to mitigate the effects of depopulation in rural Spain, he says. “We put the car at the disposal of the town council and put in a recharging point for them; then they manage it.”

The Vive service is managed through a mobile app that a city official uses to give and remove access to the Kona, depending on whether residents make good use of the BEV. The service initially was free, but Hyundai now charges an affordable price per ride.

Hyundai’s Spanish network of dealerships closed 2020 with a profit margin of 1.6% compared to an average 1% for all automakers in the country. Satrustegui expects to finish 2021 with 55,000 units sold and a 5.6% share of the Spanish market thanks to the Tucson and new Bayon models. Sales and market share in 2020 were 47,300 and 5.3%, respectively. 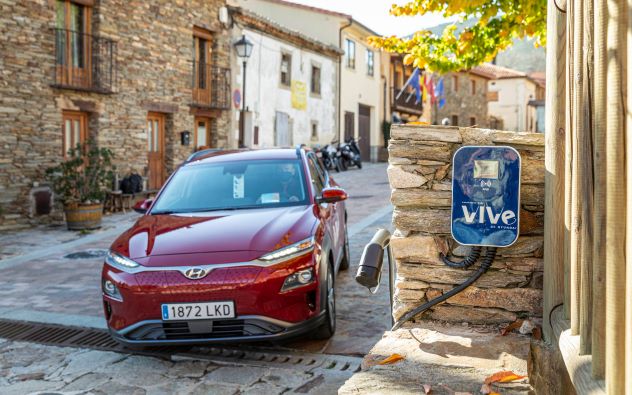